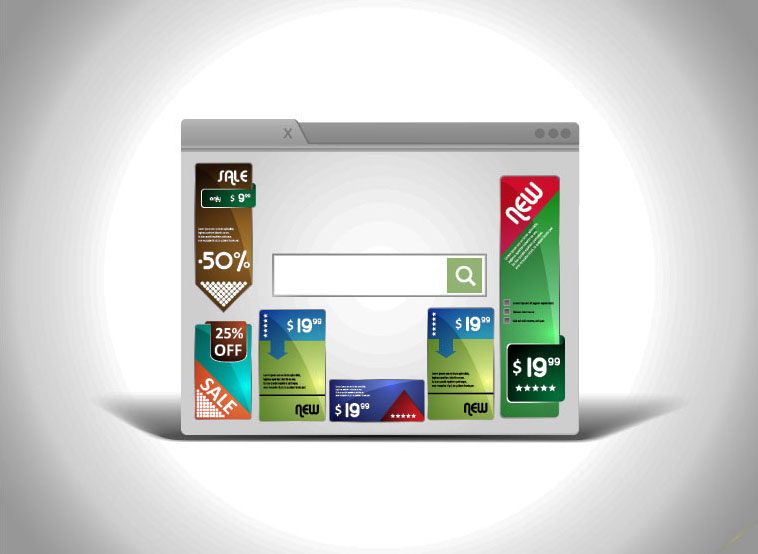 Many publishers feel like the shift to automated ad exchanges hurts them. That’s debatable, but one thing is for sure: There’s plenty of inventory for sale through programmatic channels that is simply ripping off publishers.

These ad inventory sources are rife with ad impressions generated via plugins and toolbars that inject ads on top of Web pages. The results can be striking. The New York Times homepage, for example, gets a completely different ad placement on the top right. Even Facebook, which doesn’t run IAB ad units, is transformed with the addition of a large right-rail skyscraper.

The software is most prominent on Windows-based machines, and users are often unaware of their presence or what they’re doing behind the scenes. In many ways, it is similar to the Internet 1.0 generation of adware that would piggyback with music-streaming services and serve ads on computers.

The issue for publishers is that the impressions created by this type of software allow advertisers to buy ads with the publishers’ content without paying them a cent. Some toolbars are very good at matching their ad impressions with those served by the site. What’s more, the inventory usually costs advertisers a fraction of what it would cost from the publisher directly — and buyers are told by exchanges that their ads were served on that publisher’s domain.

The ad for Charter communications shown below was served on Facebook by a browser plugin called Rewards Arcade, which is widely considered malware. Facebook itself doesn’t currently sell IAB standard display units. The software also injected leaderboard ads into Dropbox’s website, which doesn’t usually serve ads at all. 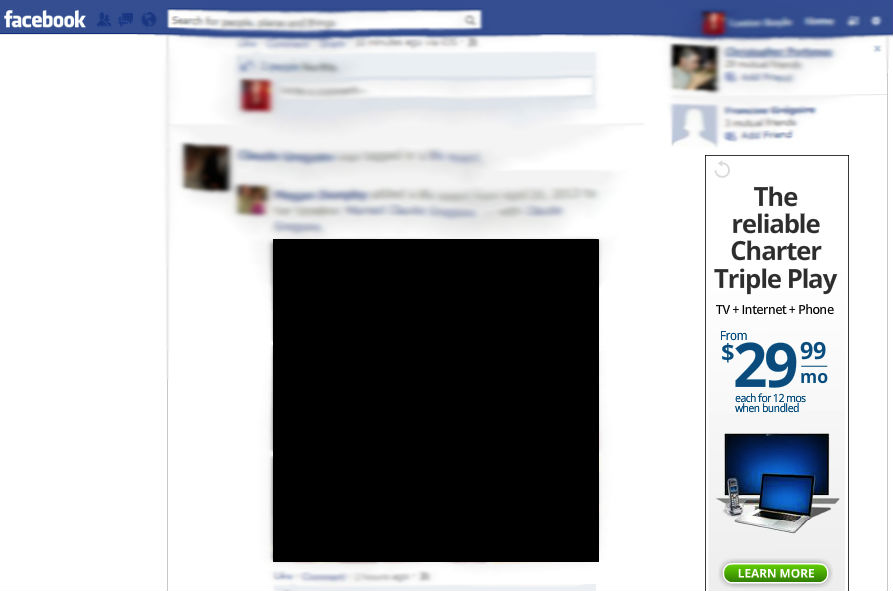 The opacity that baked into programmatic ad buying systems makes this not only possible but hard to detect, even for buyers that don’t want such inventory. According to buyers, it’s often extremely difficult to decipher exactly what it is they’re buying, and often the impressions they buy through exchanges and SSPs displace publishers’ content and advertising or move it around the page. Sources at demand-side platform companies say it’s getting increasingly difficult for them to pinpoint where the inventory they’re bidding on is actually coming from. Such is the nature of the confused digital media supply chain.

“Often, all the buy-side will see is that they’re bidding for User X on Website Y. They won’t necessarily know that it’s plugin inventory,” said one DSP executive. “They might think they’re buying Forbes inventory, for example, but they’re actually buying an ad injected in the page by a plugin. Publishers have no idea how much this is going on, and there’s no way for them to know unless the buy side tells them.”

Recently, some exchange operators and SSPs have attempted to clamp down on these toolbars and plugins. Google, for example, said it will stop supplying ads to browser software that “unexpectedly” inserts ads into the browser. It didn’t say it’ll stop working with it altogether, though, just that it must be pre-approved by Google and transparent about what it is they do to users’ machines. In other words, if a user agrees upon install to have ads inserted into pages, then that might be OK.

According to buyers, some exchanges and SSPs have done a good job eradicating some of the more dubious toolbars and plugins from their platforms. A year ago, inventory generated by them could be found on most of them, they said, but companies such as Pubmatic and Casale Media are now mostly clean, they said.

But the fact remains that exchanges and SSPs are eager for as much inventory as they can get their hands on. After all, the name of the game is volume. The more inventory coursing through these platforms, the better. At least, that’s the thinking. And some plugins generate a lot of it.

“They’re not making much money from this inventory, but it makes them look much bigger than they are,” said one DSP employee.

The subject of toolbars is a tricky one. To the casual observer, most of these companies are bad actors. They’re adding very little in value. But that’s not necessarily the case, according to AppNexus CEO Brian O’Kelley. His company is happy to work with browser toolbars and plugins as long as they don’t interfere with publishers’ ads or content.

“We thought about this for a long time, and we decided not all toolbars are bad. Some add value to the user in exchange for serving them ads. We’re not hiding this inventory and saying it’s something it isn’t,” he said.

For publishers, which are often urged to get off the sidelines and fully embrace the world of automated ad buying, the toolbar issue exposes hypocrisy in the system. After all, the very people urging them to put their inventory into their systems are allowing a third party to serve ads on top of their site — and then reporting back to the buyer that the ads were delivered on that site.

“As a publisher, it’s petrifying when you’re doing everything you can to be selective with how you’re opening up your inventory and then you find out there are holes,” said one senior sales exec at a major online publisher. “You end up relying on the buy side to tell you this stuff is going on.”

The source added that although toolbars, plugins and misrepresented inventory might cost publishers a little revenue in the short term, it’ll be the middlemen that lose out in the long run if they don’t clean up their acts. After all, the topic of ad tech fraud is now squarely in the spotlight. For all the talk of Mad Men to Math Men, the automated ad systems need credibility to have a healthy marketplace.

“The way I see it, this is a middleman issue. If the Lumascape doesn’t figure this stuff out, then it’ll lose the trust of the industry, and marketers will go back to dealing direct. The way things are, you just can’t take a day off. You have to manage this stuff every day.”