How platforms are competing for Super Bowl traffic 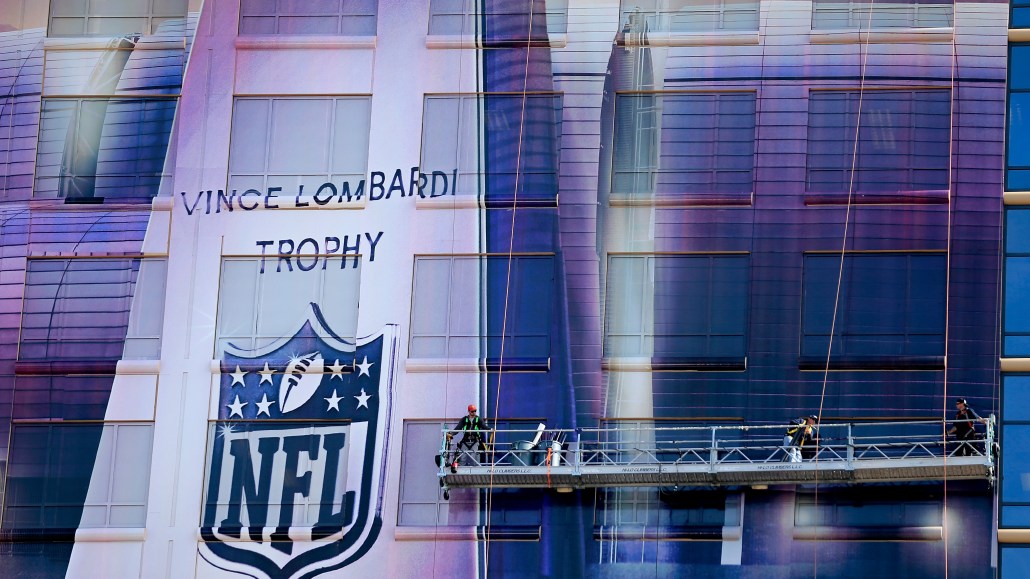 NBC may have exclusive rights to air the big game on Sunday, but that’s not stopping platforms — from Facebook to YouTube to Tumblr — from gunning for your attention. Here is how each platform is preparing for Super Bowl Sunday, either in a bid for brand dollars, publisher clout or fan eyeballs.

Facebook
The Super Bowl will be a major test for Facebook which has undergone several changes over the past year to make itself a better complement to real-time events and serve more video. It instituted a trending topics featured last January to surface timely news stories, and updated it in December to include a stream of user-generated posts about a certain subject that updates in real time. All of those features are included in Facebook’s special Super Bowl page, which is intended to entertain fans before and during the game.

Facebook has also made it easier for brands to find these users. Instead of having to target users’ individual interests — “Seattle Seahawks” or “New England Patriots,” for example — brands can simply use Facebook’s “The Big Game” targeting segment. The segment includes topics that are tangentially related to the game — flat screen TVs, bean dip, the Skittles ad — and will grow as people post throughout the game.

Most germane is the video deal it struck weeks ago with the NFL and Verizon. The league has started posting game clips to Facebook’s video player, with Verizon paying to promote those clips in users’ feeds. The videos also feature post-roll ads from Verizon, with the NFL and Facebook splitting the ad revenue. Users can expect to see many of these posts on Sunday night, and they offer a glimpse into how Facebook will help publishers monetize videos that run directly on Facebook.

Twitter
If Facebook’s NFL partnership sounds familiar, it’s because it’s a carbon copy of the deal Twitter struck with the league in September 2013, in which McDonald’s and Verizon paid to promote Super Bowl clips in people’s Twitter streams during the last Super Bowl. And the initiative is twice as large this year, with four brands (Disney, Draft Kings, Ford and Pizza Hut) promoting game highlights on Sunday night.

Twitter has already launched a Super Bowl-specific timeline, just in case people were in danger of having too little pregame coverage.

And while only one team will win the Lombardi Trophy on Sunday, Twitter will hand out its own award. The brand that generates the most conversation on Twitter throughout the game will be crowned Twitter’s Super Bowl winner and receive an undisclosed amount of free advertising on the platform.

YouTube
Those who want to tune out Katy Perry can tune into YouTube at halftime — Harley Morenstein of Epic Meal Time will be hosting the video platform’s first Super Bowl halftime show. He’ll be joined by other YouTube stars Freddie Wong and Toby Turner, and the program will feature real and parody ads. YouTube will be up against some stiff halftime-viewing competition in the form of puppies and women in lingerie playing around with one another.

YouTube is also hosting its annual AdBlitz channel, a collection of all the commercials that will run during the game. Nearly 70 Super Bowl ads have already been teased on AdBlitz, and users have watched 70 million minutes worth of Super Bowl ads on YouTube this year, nearly tripling that figure from the year before.

Tumblr
Tumblr has long been considered to have the most engaged, if not largest, community of users of all the major platforms, and NBC has finally caught on — the network launched a Super Bowl-specific Tumblr (its first blog on the platform) in preparation for airing Sunday’s game. The Tumblr will host all Super Bowl ads, putting it in direct competition with YouTube.

Pinterest
Pinterest may not have much of a role to play during the Super Bowl itself, but it certainly does for pregame preparation. Dip recipes are the most popular Super Bowl-related foods among pinners, according to Pinterest analytics firm Ahalogy, with dip recipes pinned four times their usual rate leading up to the game. Queso dip is especially pinteresting to Super Bowl party hosts, being pinned five times more often in January. And pizza is 3.5 times more popular in January. Other foods with notable January spikes: pretzels, chicken wings, jalapeno poppers and, of course, beer.

Reddit
Reddit’s reputation for surfacing interesting Web content has turned it into a mining ground for other media companies. This is especially true for this year’s Super Bowl: The domestic violence ad the NFL plans to run during the game was inspired by a reddit post.