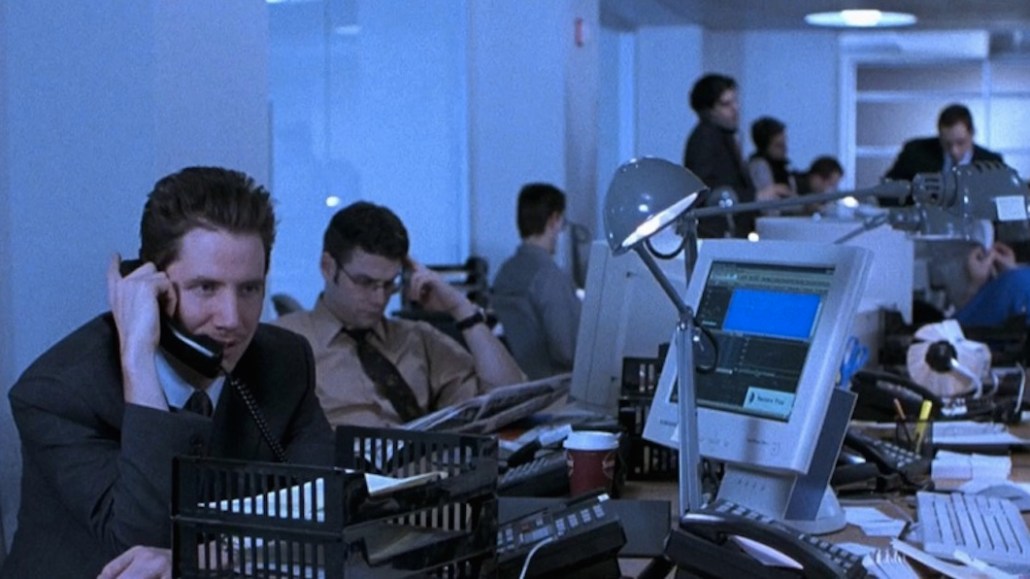 Veteran salespeople have one piece of advice for their young employees: Pick up the damn phone.

The newest generation of salespeople, like their peers, were raised on the Internet and glued to their smartphones. This is carrying over into their professional lives in a distinct way that grizzled sales pros find hard to fathom: They don’t make calls. Today, the average salesperson under 30 is far more likely to send a series of emailed sales pitches — most of which will go unanswered — than to pick up the phone and engage in the delicate, persistent art of persuasion. The sales department used to be a notoriously noisy section of publishers; nowadays, it’s more like a library.

“Working closely with dozens of digital salespeople every month, I can tell you that this phenomenon is very real,” said Doug Weaver, CEO of the Upstream Group.  “You hate to typecast any age group, but sellers under the age of 30 tend to see unscheduled phone calls as rude and disruptive – catching the other person ‘off guard’ and expecting them to communicate in real time is off the table.”

Jason Krebs, head of sales at Maker Studios, said while the phone call isn’t completely extinct, young people are in general making fewer of them today, in part because most of the calls they are making are going unanswered. Media buyers have for years groused about all the phone calls they get from vendors.

“Generally people aren’t answering the phone unless they’re expecting calls, so it creates a kind of self-fulfilling prophecy,” he said.

Still, he admitted that there is something generational in the different attitudes toward phone calls. Reluctance to pick up the phone is one of the primary causes of the lengthy email chains that are still regularly inflicted on both sales teams and between salespeople and clients.

“If I’m trying to get in touch with someone who’s been unresponsive, I sometimes do it the old-fashioned way and just call them and not have qualms about it,” Krebs said. “It’s definitely something I have to remind people of.”

Still, the age of cold calls is one that agencies aren’t sad to see go away. “Compared to a phone call, email is far less intrusive. It’s going to annoy me way less,” said Greg Monaco, founding partner of branding agency Monaco Lange, who said he gets 80 percent of sales pitches through email. “With email, half the time, it’s just carpet bombing.”

While criticizing the communication habits of young people risks making veteran sales people sound like bitter old-timers, the over-reliance on email does have practical repercussions. Competition for ad dollars by the publishers, platforms and ad tech companies has never been more cutthroat, and agency media buyers are inundated with hundreds of emails each day. Thus, phone-averse salespeople too reliant on email risk not being able to cut through the noise — and not make enough sales.

Publisher salespeople who work entirely through email also risk being edged out completely by software. The rise of programmatic, which is premised on the idea that it can simplify the transactional sides of buying and selling, has reduced the need for salespeople to take care of basic tasks. At the same time, the selling process has gotten more complicated, with publishers selling inventory though a variety of channels. Thus, while iterative transactional selling has become more automated, the need for salespeople who can take on a more transactional role is increasing. That has also put more of a premium on face-to-face meetings, deeper relationships — and, yes, phone calls.

“As the business progresses, those who can’t conduct business by phone will fall away,” Weaver said. “Emails and texts can convey information and specs, but they are lousy persuasion vehicles. And we’re not going to pay salespeople to just send clients information for much longer.”