In a newly released Transparency Report, its owner Twitter says it has received 1,391 notices under the Digital Millennium Copyright Act for illegal streams on Periscope.

Since its launch in late March, the number of requests has increased dramatically from fewer than 20 in April to nearly 1,000 in June. Periscope has complied with 71 percent of requests, affecting 864 accounts and removing 1,029 streams. 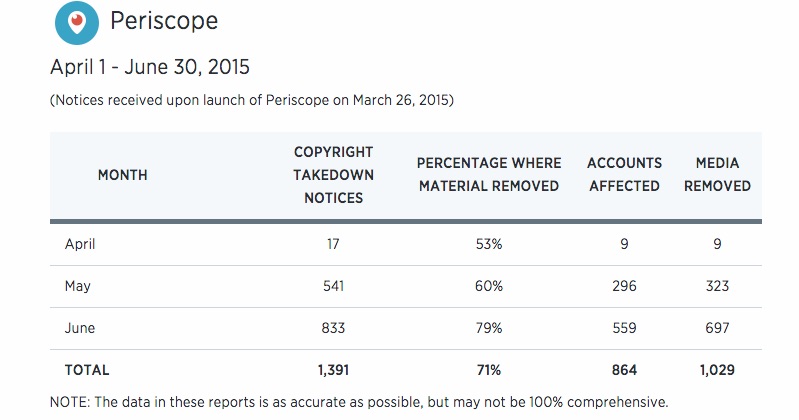 Periscope’s live-streaming abilities has companies worried that users could illegally watch events without them paying for it, such as the case with the boxing match between Floyd Mayweather and Manny Pacquiao in May. Users discovered streams of the fight as a way to bypass to pricey pay-per-view fight that cable operators were charging.

And the winner is… @periscopeco

When it first launched, HBO slammed Periscope as a possible app that promotes “mass copyright infringement” because people were using it to stream the premiere of ‘Game of Thrones.’

We’ve reached out to see how Periscope’s number compares to Meerkat, but have not yet heard back.