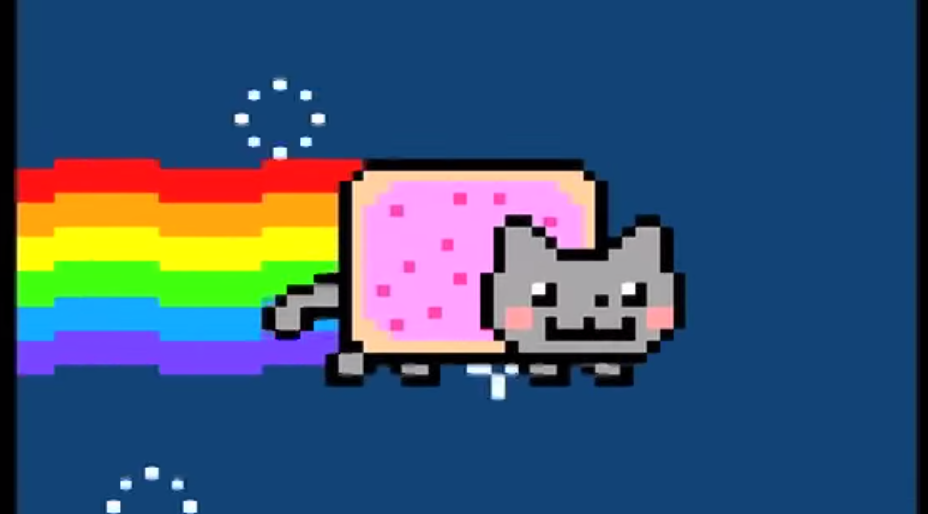 Nyan Cat or My Little Pony? Annoying Orange or SpongeBob SquarePants? These are the programming choices facing kids today. The point being: They will just as readily consume online video as they will broadcast TV programming.

The difference is that online video offers the advantage of being viewed easily on all devices including the TV (which has basically become a glorified monitor).

A generation ago, the TV was always on in the background, beckoning us to come watch. Not today. Well, not as much anyway. TV has its place, but time shifting has allowed us to watch whatever happened yesterday with the benefit of skipping the ads. But then again, we probably already watched the best parts on Hulu. Meanwhile, a whole generation has already become accustomed to watching the “skip this ad in 15 seconds” pre-roll.

Yes, there is still appointment viewing. Social media has even taken appointment viewing to a whole new level because we have to watch it live to comment on Twitter and whatnot. But, it’s only a very small fraction of our viewing.

For marketers, it means that Facebook, YouTube and Google aren’t just battling each other for ad dollars. Instead, they are coming after that giant pot of TV advertising revenue big time (sort of like Rambo coming after Murdoch — Gen Xers, you feel me.)

And they have every right to because the best content will win. It doesn’t matter whether the content was created in a studio in Los Angeles or a basement in, well, not Los Angeles. It just has to be entertaining enough that we want to watch on one of our screens.

Meanwhile, Facebook and other channels are making it more natural and comfortable to watch video. For example, if you’re inclined to watch video, Facebook will serve you more. Its video growth is huge and if it gets involved with Apple TV, it will be all the more explosive.

Online video revenue as a whole is expected to jump 56 percent to $5.96 billion this year, according to eMarketer. It’s not surprising that laggards like Yahoo are making aggressive moves to catch up. Last month, they shelled out $640 million for Brightroll.

Cable and network TV are trying different things to survive, like a la carte options, but their influence will continue to wane. Especially with Netflix beating them at their own game. (Netflix CEO Reed Hastings predicted broadcast TV will be dead by 2030, according to The Hollywood Reporter.) You can be sure that Amazon, YouTube and others are working hard on their House of Cards-style breakout hit.

Plus, devices like Apple TV (20 million sold), Roku (11 million), Google Chromecast and Amazon Fire TV have made network and basic cable TV just another choice next to YouTube, Hulu and HBO.

So let me leave you with this thought: Given that we are smack in the middle of football season, is it really that hard to imagine Facebook being the next “Home of the NFL?” The way things are going, they are quickly becoming another channel much like CBS, NBC or Fox.

Pretty soon our kids won’t know the difference between what’s broadcast programming and what isn’t. And at this rate, neither will we.