One year in, Facebook Journalism Project gets mixed reviews from publishers 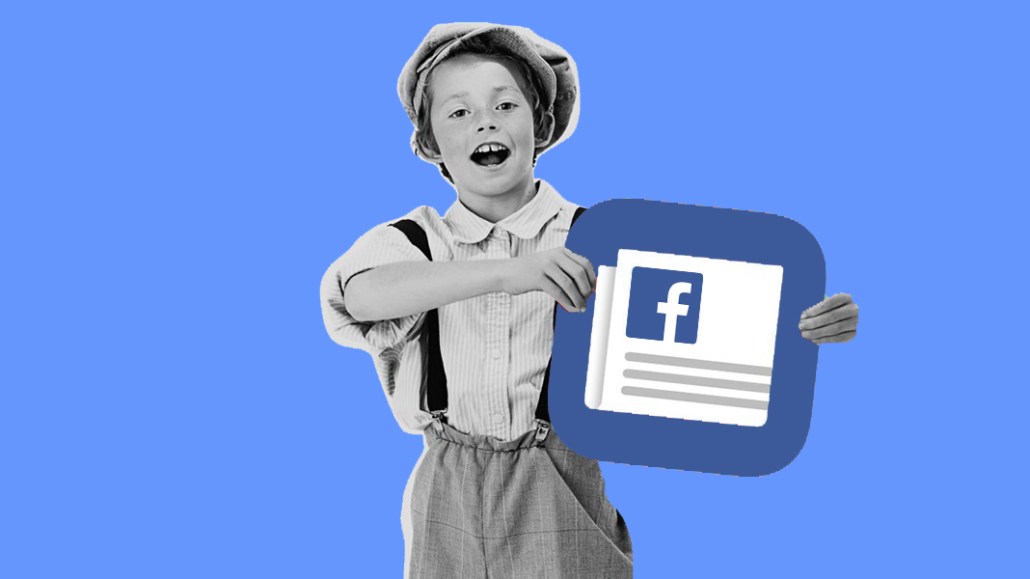 A year ago, Facebook launched its Facebook Journalism Project. Led by Campbell Brown, the ex-NBC News anchor who was Facebook’s new head of news partnerships, the project was a high-profile effort to smooth relations with prominent news publishers. Facebook was getting blasted for the spread of fake news, contributing to filter bubbles and doing too little to help publishers make money on the platform.

The challenge inherent in such a project is that publishers aren’t a monolithic group. They have a variety of different business models and want different things from Facebook. But Brown convened a group of a couple dozen publishers for twice-annual meetings to get a first look at products before they launch, take publishers’ feedback and let them hobnob with product executives who previously were just names to publishers. The meals were nice (organic fare, natch), and Facebook even trotted out none other than Dan Rose, Facebook’s vp of partnerships, to be grilled by publishers at a cocktail soirée Brown held for publishers at her own apartment. To some participants, the very fact Facebook talks to them more was impressive.

But there has been a lot of talk, not much action. Critics say the initiative hasn’t delivered in meaningful ways and is a public relations exercise aimed at placating publisher critics more than anything. For all the nice lunches, the power still lies with Facebook.

Jim Brady, CEO and founder of local digital publishing company Spirited Media, said he’s been in many one-and-one and group meetings with Facebook over the past year, and it’s been much more responsive than it was in the past. “But I can’t say I’ve seen much in the way of product changes that have really benefited local journalism,” he said. “Then again, it’s not their job to fix the local journalism problem; it’s ours.”

Politics and business publisher Axios mainly uses Facebook for audience reach and not for monetization, so the project has “met my expectations” for more transparency about Facebook products, said Kendra Tucker, svp of audience and platforms at ‎Axios, who’s attended two of the invite-only publisher meetings.

“Do we have more control and say over what kinds of product they create?” Tucker said. “I’m not sure. But at least we get to get our voice into some part of the discussion.”

In announcing the project, Facebook said it would in work three ways. The first was developing products with news organizations, including improving Instant Articles, Facebook’s fast-loading article format; and launching a subscription product. The second was providing training and tools for journalists, including social analytics tool CrowdTangle. The third part of the project was curbing news hoaxes and doing other things to inform readers about separating fact from fiction. In an interview last year, Brown said she saw herself as an advocate for publishers. Today, she said the project has transformed the way Facebook works internally and with the news industry and has made important progress.

“The Facebook Journalism Project has transformed the way we work internally and with the news industry,” Brown said in a statement. “We learned a great deal from our partners over the past year, and together we made significant strides in areas like increasing monetization and support for subscriptions, improving brand recognition for publishers and news literacy, and investing in training programs and tools like data insights. At the same time, Facebook has taken huge steps to fight false news, clickbait, and sensationalism. This coming year, FJP’s goal is to keep elevating the good and to make sure that quality journalism thrives on Facebook. We know there is more work to do, and we’re committed to it.”

Many publishers, especially those that didn’t have Facebook’s ear before, do say they feel more listened to.

“They’re providing great services, connecting us with audiences and creating amazing forms of media. Publishers are a pretty ornery bunch. I don’t think [Facebook executives] get enough credit for the ways they [enable publishers] to communicate with audiences and monetize, and they stand there and take full blast from the entire industry,” said Nicholas Carlson, chief content officer of Business Insider. BuzzFeed Editor-in-Chief Ben Smith said he believes Brown “is a real force” and that “they see pretty clearly that their ecosystem needs to have quality, publicly available journalism.” (BuzzFeed’s CEO Jonah Peretti has been less conciliatory, saying publicly that Facebook, as well as Google, needs to share more revenue with publishers.)

Improving relations with local publishers was a big part of the initiative. Facebook made CrowdTangle free to publishers, which particularly helped local outlets that often can’t afford costly vendor fees. The number of local news partnerships increased to three, which may not be saying much, but there was only one before. It’s providing more analytics staff support to publishers like Patch, the network of local news sites, said Patch CEO Warren St. John.

Privately, though, publishing folk also doubt how much Brown’s agenda is shared with higher-ups inside Facebook, which has many other interests besides helping publishers. Most publishers want more data, traffic and money from Facebook and don’t see any substantial improvement in any of those areas. (Part of that is because much of the first year of the project was about listening to publishers with meetings around the U.S. and world and identifying priorities; in 2018, Facebook said the project’s focus will be refining and rolling out things it tested, such as the visibility of publisher logos on Facebook.)

One of the most visible outcomes of the project has been subscriptions. Facebook rolled out a subscription test in the fall with 10 publishers, and sweetened the offer by giving publishers access to all the data on subscribers and letting them keep all the revenue. But it required publishers to use Instant Articles, which a lot of big publishers have eschewed, and to set their meter at 10 free articles a month, so there were notable holdouts, including The New York Times. The test also has been restricted to Android devices because Apple wouldn’t play ball, so the impact has been limited.

But to many publishers, the changes are largely irrelevant since Instant Articles’ volume has declined, as Facebook, which is now pinning its future on video, pushes video in the news feed at the expense of text. Prominent publishers, including the Times, Hearst Magazines and Bloomberg Media, have pulled back from or stopped using Instant Articles, and these enhancements haven’t been enough to draw them back, so it’s questionable how meaningful those tweaks are.

Facebook introduced ads into publishers’ video, but after five months, participants said the initiative wasn’t bringing in much money.

The Guardian reported that journalists enlisted by Facebook to work on stopping the spread of false news said the fact-checking tools Facebook has put out have largely been a bust, though. For example, Facebook introduced a “disputed article” tag in December 2016 to let users flag hoax news stories. About a year later, Facebook dropped the tag, admitting it wasn’t working as hoped and could even be doing more harm than good. Instead, Facebook is showing related articles, which give more context to a story. Facebook said this leads to fewer shares of false stories than the disputed tag did.

Sharing more data is also a work in progress. The platform said it created a new group, the Publisher Insights and Tools team, to work with publishers to build data tools; new tools haven’t been announced yet.

What publishers are realizing is there’s only so much help they can expect to get from a platform giant whose business model is fundamentally at odds with their own.

“Publishers have to understand, neither Facebook or Google is going to solve their problems,” St. John said. “Facebook and Google are not going to change their business model to save local journalism. They send massive amounts of traffic to publishers. Fundamentally, their advertising business and targeting capabilities are a threat to publishers. Publishers depend on the traffic, but Google and Facebook are getting the lion’s share of digital ad spending.”

https://digiday.com/?p=270104
Most Read
Trending in Publishing in the Platform Era
Digiday Top Stories