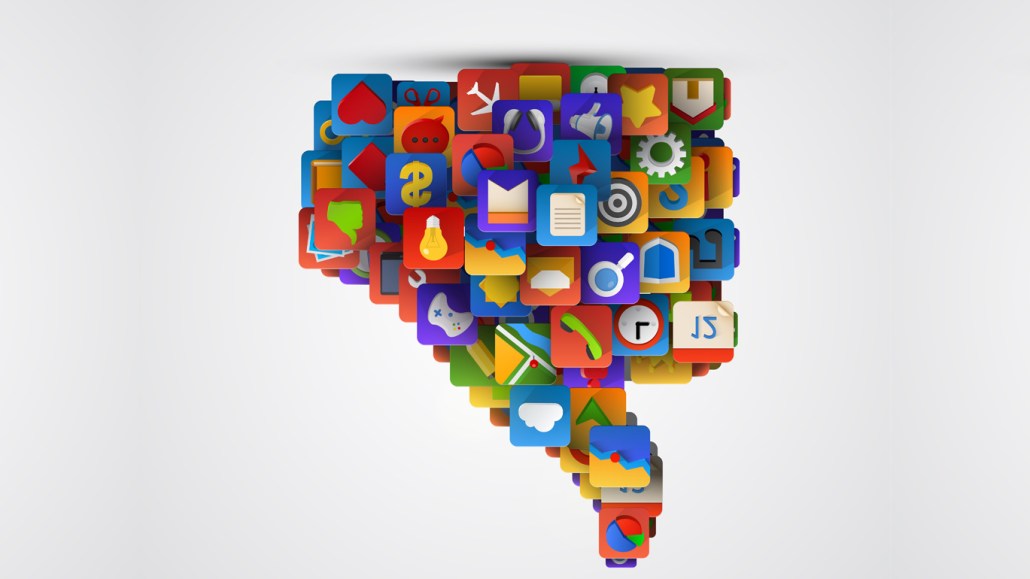 In case you haven’t heard, the Web is dying and apps won.

Of course, that’s not the case, but such alarmist headlines point to how apps are pulling ahead of the mobile Web. Confronted with that reality — 86 percent of time on mobile is now spent inside apps, according to mobile analytics company Flurry — publishers such as The Huffington Post, The Wall Street Journal and hundreds of others view apps as essential components of their mobile strategy. But there’s no ubiquitous instructional manual that explains how to design and produce content for a good mobile app, leaving publishers to experiment, tinker and readjust their app strategies as they learn and the landscape changes.

“I tend to disagree with the notion that publishers should focus on the mobile Web and not mobile apps,” said Jimmy Maymann, CEO of The Huffington Post. “People who download our app visit much more frequently and consume 10 times more articles than people coming from the mobile Web. … But we’re in the early stages [of capitalizing on that] engaged audience.”

Publishers are getting smarter about their mobile apps, however, recognizing their mistaken assumptions or misplaced bets and altering their app strategies as a result. Here are the common mistakes publishers with apps make — and, in some cases, how they’ve been addressed.

Abusing push notifications.
Sending breaking news alerts as push notifications can be an effective way to funnel eyeballs to a news story, but a spray-and-pray approach is a sure way to prompt those same users to delete an app. A November 2013 survey from app marketing platform Appiterate shows that annoying push notifications are the top reason people delete apps, ranking higher than complex registration processes, app freezes and long load times.

The New York Times app, for example, pushed out a notification Monday informing people that the grand jury decision about the Michael Brown case in Ferguson would be delivered later in the day. Apparently, that organization has yet to realize that few of its readers want an announcement about an impending announcement.

“Most developers are using push notifications as blunt objects, as opposed to a true asset. The same can be said for news apps,” said Circa News CEO Matt Galligan. “Those that use push notifications judiciously win, but there are interesting consequences for those who don’t. … Frankly, it’s ruining [notifications] for the rest of us.”

But it’s not just a frequency issue: Experiences based on customization and personal taste are winning out. One standout is Breaking News, a news app owned by NBC News. The app typically sends out one news alert per day, but users can request more frequent updates on specific topics.

Scheduling articles for a desktop audience.
Most multiplatform publishers see their highest desktop consumption during work hours and their highest mobile usage in the evening. That should prompt publishers with primarily mobile traffic to schedule some of their evergreen content for later in the day when more people might see it, but that’s not yet a common practice.

The Huffington Post’s mobile traffic peaks at 8 p.m., said Maymann, but it’s even later for the parenting section, whose readers are often visiting the site after they’ve tucked their kids in for bed. With that in mind, the parenting section editors are scheduling articles for later in the evening, when that mobile usage is heavier.

“We need to release around when people are tuning in so people feel like they are getting fresh content and perspectives,” said Maymann. “They don’t want content that has been sitting there since the morning.”

Obsession with infinity.
Most news apps are like casinos: They never want you to leave. But there’s value to providing a more limited experience, particularly on mobile apps, where consumers tend to have shorter, more frequent sessions. Both Yahoo and Circa offer mobile news digests readers can actually finish.

“A key feature of our News Digest app is that you can actually be done reading the news every day,” Scott Burke, Yahoo’s svp of advertising, said at the Alphonso.tv Summit in October. “It’s the underlying insight of consumer behavior that we’re trying to listen to really closely.”

Providing that finality is key to Circa’s user retention, which measures around five visits a week, said Galligan.

“There’s opportunity in providing finality for readers, getting them just what they need to know and moving on,” he said. “Mobile has a unique opportunity to have [high] retention where the Web does not, because you can have an icon on somebody’s homescreen. And if you respect a user’s time, they’re more likely to come back.”

Adding to app overload.
Having five different apps for a single news brand tends to prove arduous and unrewarding, a disappointing reality for publishers hoping to capitalize on their niche audiences. Even The New York Times is scaling back its app offerings, pulling the plug on its 4-month-old NYT Opinion app in October.

“While there was plenty of user interest, difficult approval and support processes, not to mention discovery challenges, made it hard to scale and led us back to a mobile Web approach on that front,” said Schneider. “However, things are different for our standalone core IGN content apps, where we see the most active and loyal user base in the native environment.”