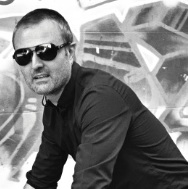 There’s something of a revolt in the digital media world against the tyranny of the banner ad. Platforms like Facebook, Tumblr and Twitter aren’t running standard display ads. New-style publishers like Buzzfeed don’t like them. At Gawker, CEO Nick Denton wants to get out of the business of selling primarily display ad impressions.

In a memo he sent to his staff today, Denton laid out how Gawker will increasingly work with its advertisers directly to create content. In an unusual move, Gawker is transferring Ray Wert, the editor-in-chief of Gawker automobile site Jalopnik, to the sales department to lead content creation. It is a move Denton recently hinted at when he told GigaOm he could see Gawker offering “publishing services” to its advertisers.

“We all know the conventional wisdom: the days of the banner advertisement are numbered,” Denton wrote in an email to Gawker staff. “In two years, our primary offering to marketers will be our discussion platform.”

Gawker recently revamped its commenting system in a way that Denton hopes will improve the quality of conversation on the site. He also hopes to find ways for advertisers to participate, noting in an email that “in a couple of years I could see “discussion management” being more important than traditional online advertising.”

Gawker already offers sponsored posts and other custom content programs to advertisers. This will be expanded, Denton said, and Wert’s unit “will recruit and identify a client’s spokespeople and advocates, advise them on Web etiquette and language, and help make their most persuasive case.”

The trend against display advertising will run into many obstacles. One of the biggest is the fact that display advertising, for all its faults, is a huge business. It is also a highly commoditized business, thanks to the influx of technology, that shows few signs of heading in the opposite direction.

For publishers like Gawker, that means looking elsewhere for ways to make money. Denton noted to his staff that affiliate marketing fees from Amazon purchases via links on Gawker gadget blog Gizmodo topped $70,000 in December. It’s an area he hopes to expand.

“We expect that the banner ad business will be supplanted by our content services and content-driven commerce,” he said.