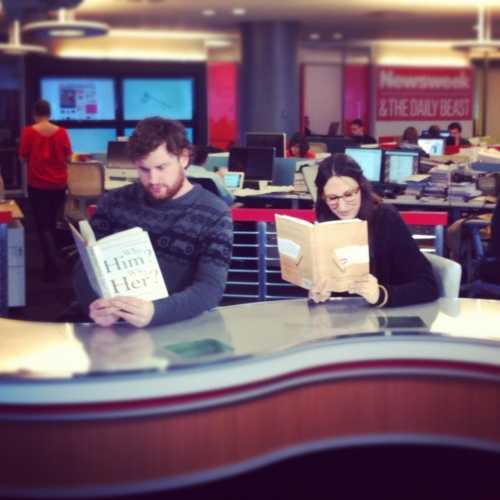 Tumblr has already given birth to books. Now it’s leading to a Web video show.

Newsweek is launching a Tumblr TV show, hosted by Jessica Bennett and Brian Ries, the tag-team who runs the influential Newsweek Tumblr. The idea behind the show is to use Newsweek parent company’s TV show to craft a regular video show dedicated to the Tumblr’s random assortment of ideas and oddities — not unlike the vibe cultivated throughout Tumblr.

“We were thinking we’d answer questions, do some behind-the-scenes videos, perhaps a snack taste test at the IAC Building, intern Olympics … you know, random stuff that we think our followers will like,” Bennett said in an e-mail.

The first episode, if all goes planned, will run tomorrow on the Newsweek’s Tumblr. The hosts are inviting ideas from their Tumblr followers to incorporate into the show, which will be an undetermined length.