Newspapers are lagging behind in the mobile traffic boom 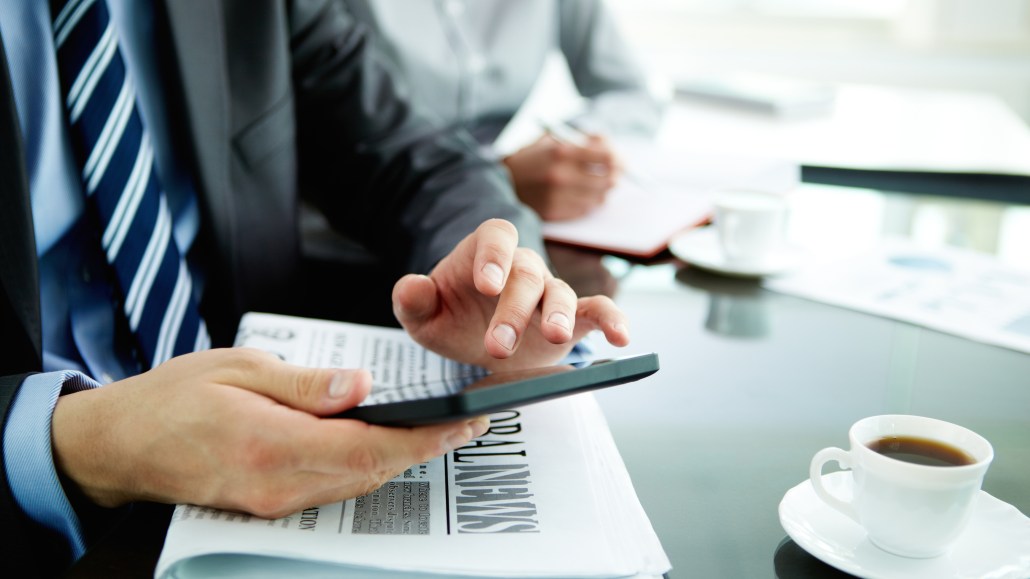 The Internet is becoming an increasingly mobile medium, but it appears that newspaper publishers are not only struggling to make the transition, they’re falling behind.

This year, for the first time ever, the amount of time Americans spend consuming media on mobile — smartphones and tablets — will exceed that of the desktop Internet, according to an eMarketer report released in April. Nearly a quarter (23.3 percent) of Americans’ daily media consumption will be on mobile in 2014, compared to 18 percent on desktop. 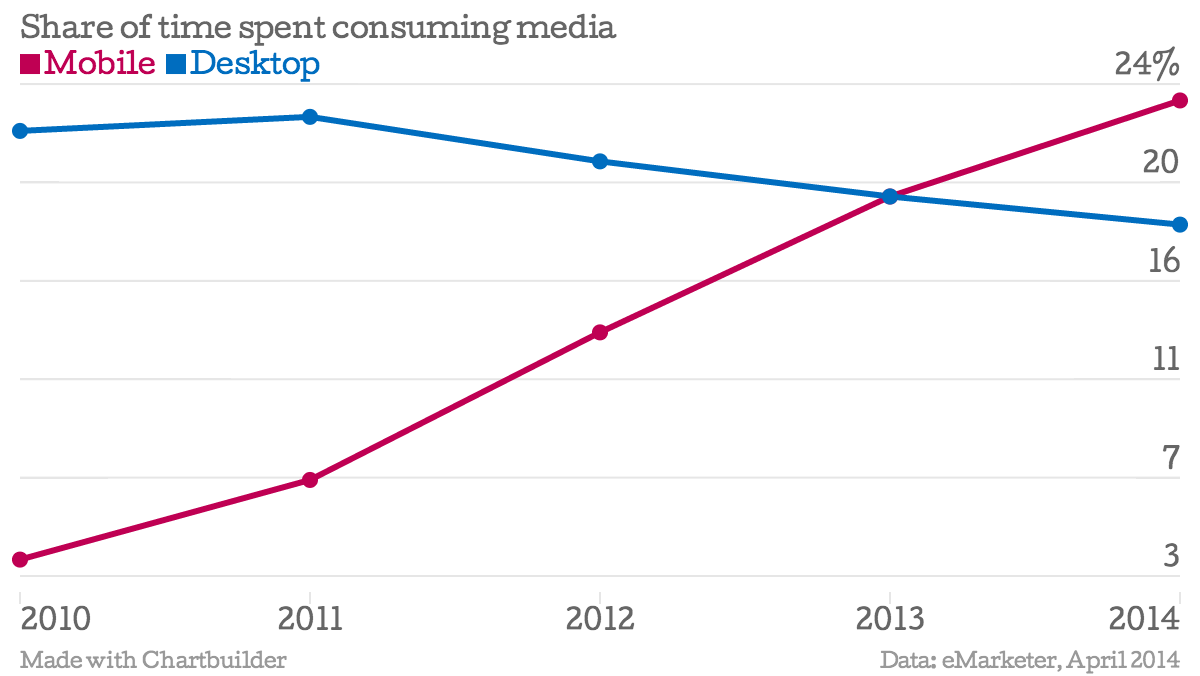 This transition has been a boon for mobile gaming and social networks, whose share of consumers’ time is higher on mobile devices than on desktops. Social constitutes nearly a quarter of Web time spent on smartphones (24.5 percent) and tablets (23 percent), compared with 15.6 percent of users’ time on desktop.

Online gaming also has a higher share of time spent on smartphones (4.4 percent) and tablets (5.8 percent) than on desktops (2.3 percent). 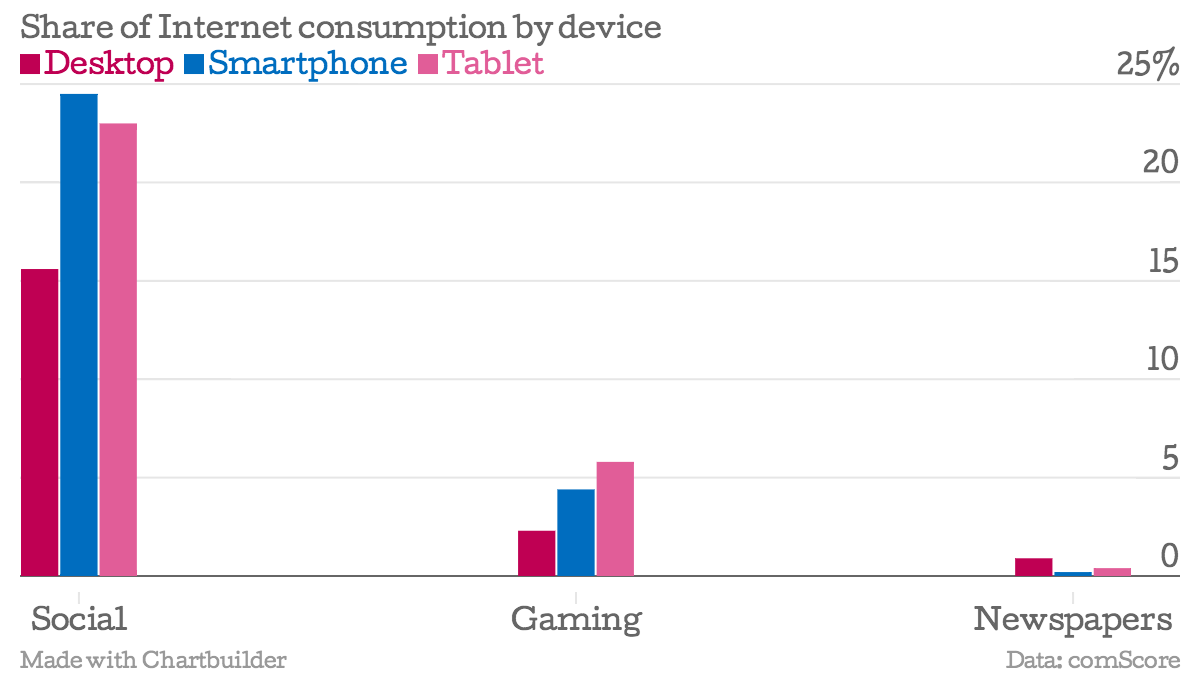 “Publishers are pouring tons of money into how to transition into a digital world, but they haven’t figured out a formula yet,” Rachel Pasqua, mobile practice lead at MEC, said.

Prior to MEC, Pasqua worked as the vp of mobile at Hearst-owned digital agency iCrossing, where in 2011, she consulted the San Francisco Chronicle on the development of its first mobile app. One of the inherent difficulties of trying to transition a newspaper to the mobile Web is that newspapers often try to replicate the physical reading experience on smartphones.

“They’re just reiterating the broadsheet into the tablet and smartphone,” she said. “They need to think of new ways of delivering that media.” 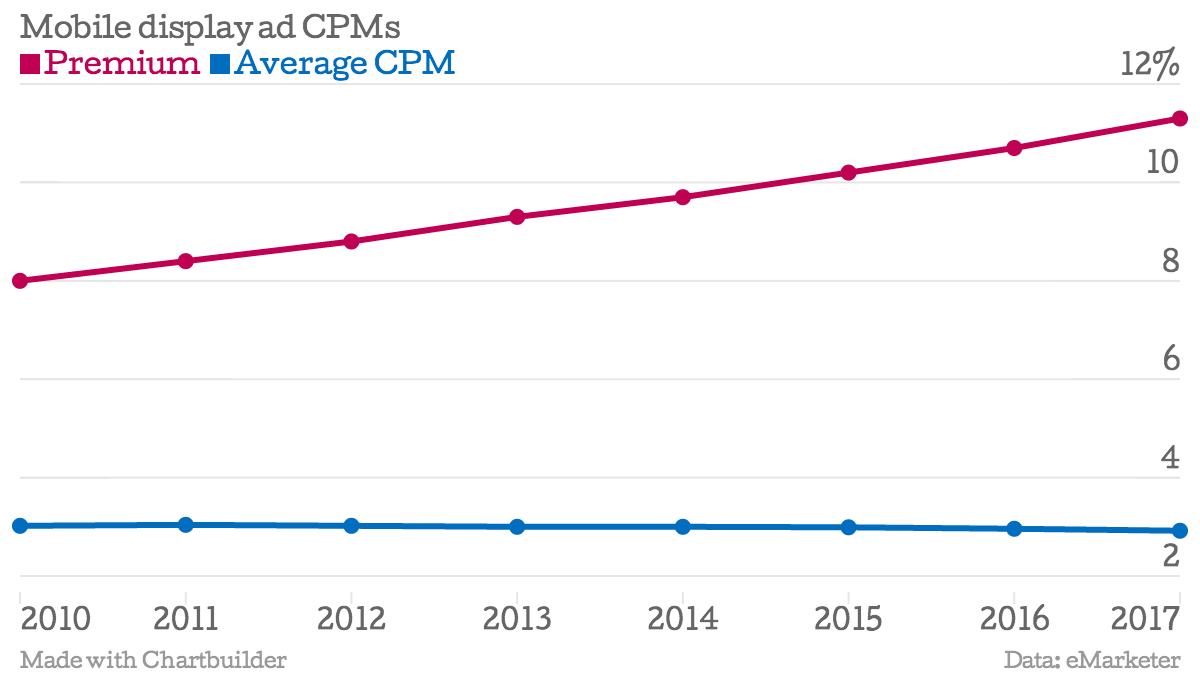 Still, two of the top players — Wall Street Journal and The New York Times — appear to be doing fine on mobile in terms of unique visitors. The Journal’s number of mobile uniques increased to 11.7 million this March from 8.1 million the same month last year. The Times’ mobile audience jumped from 19.7 million last March to 27.4 million this March. 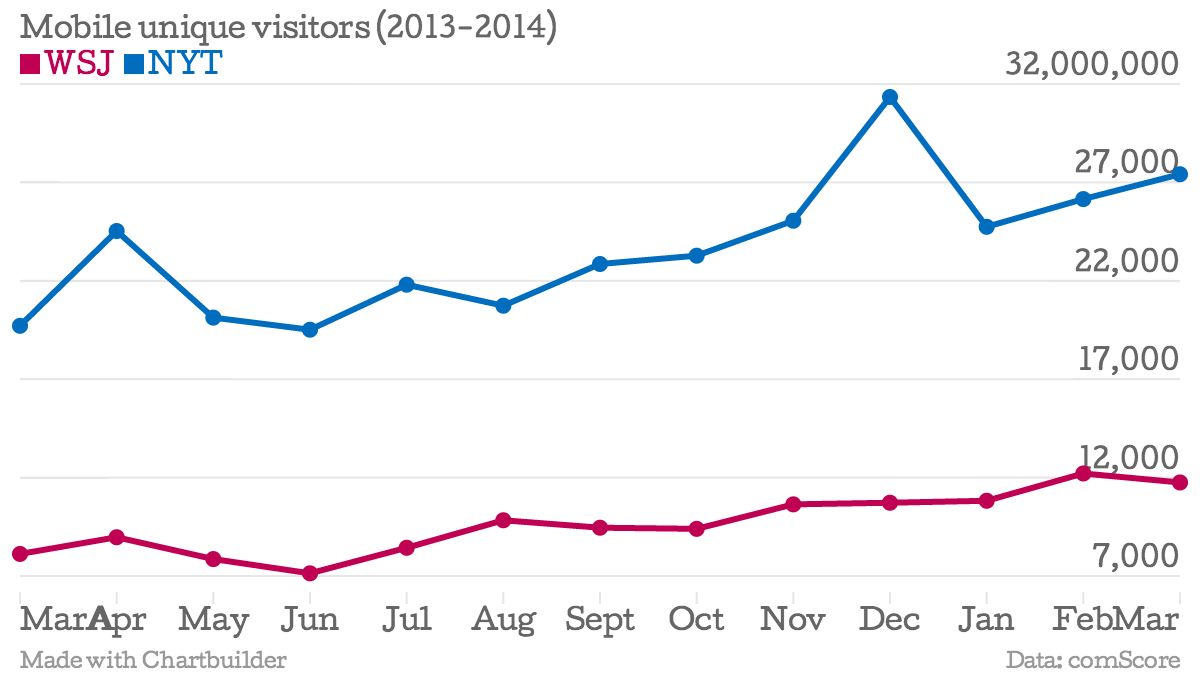 Of course, that’s a measure of mobile unique visitors, not time spent. And if the digital media industry were to ever follow its own advice and start pricing ad inventory based upon how engaged a website’s audience is, the low time spent would not necessarily bode well for the newspaper category.

Publishers could improve their mobile Web traffic by taking advantage of the free amplification social sites — namely Facebook — have been providing. BuzzFeed has been particularly adept at making the mobile Web work toward, not against, its traffic goals.

BuzzFeed’s vp of growth and data Dao Nguyen said BuzzFeed’s traffic growth was largely because of the mobilization of the Internet. Since BuzzFeed excels at using social platforms to drive referral traffic and social is so popular on mobile devices, BuzzFeed has benefitted from users increasing their mobile consumption.

Granted, BuzzFeed is a far cry from a newspaper site, but there are potential lessons to be learned from a site that continues to grow while its imitators struggle to generate consistent traffic numbers.