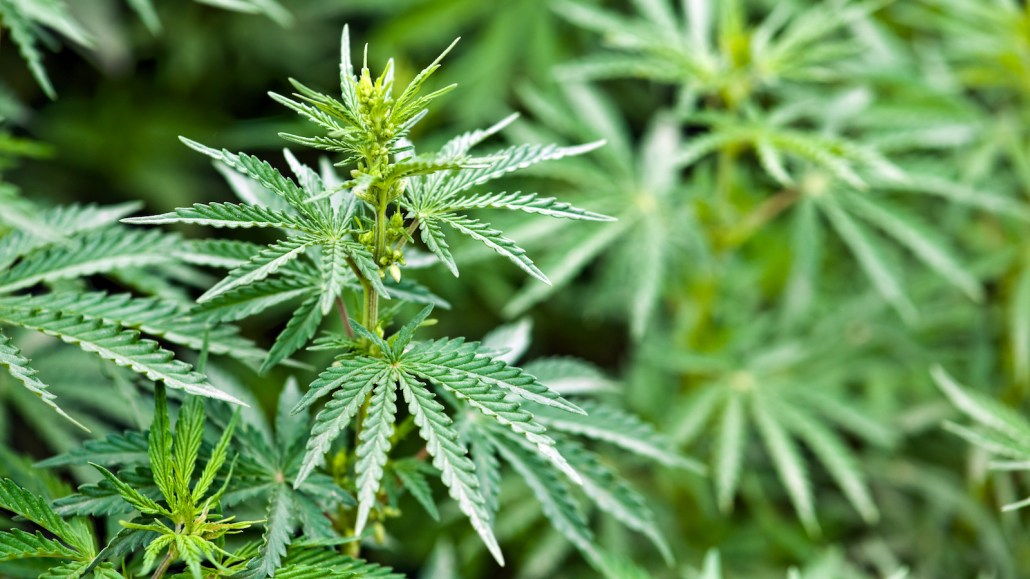 Regular New York Times readers may wonder Sunday morning if the top of the masthead has been smoking something recently. Leafly, a website and app that provides information about different pot strains and where to buy them, is running what it claims to be the first full-page ad by a marijuana company in the paper this weekend. The company is backed by Privateer Holdings, a private equity firm that invests in the legal marijuana industry.

The ad comes on the heels of New York’s passage in June of the Compassionate Care Act legalizing medical marijuana and the Times’ own endorsement of legalized medical weed in a six-part series. The series drew an overwhelmingly positive response from Times readers, but was criticized by the White House. 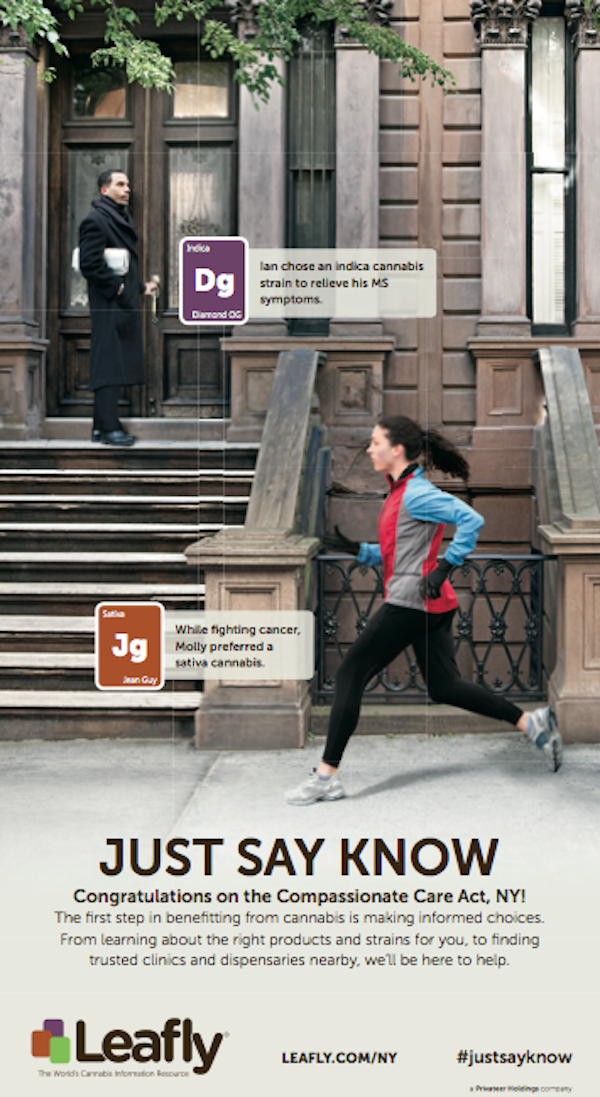 Although the Times has run ads for marijuana advocacy groups such as NORML in the past, Leafly believes this is its first by a pot industry company.

“If we would have called them a few months ago, they would have not accepted this ad,” said Scott Lowry, brand manager at Privateer Holdings. “We did this at this time because of the signing of the Compassion Care Act in July. And then when The New York Times decided to do the op-ed piece, it just seemed like the right time.”

A Times spokeswoman reached Friday said she couldn’t comment on ads that haven’t yet run but that the paper accepts ads for “products and services that are legal if the ad has met our acceptability standards.”

The Leafly ad would be a test of sorts for it and the Times alike. The legalization of pot for medicinal and recreational purposes has had ad agencies and media companies scrambling to figure out whether to take pot clients or their ad dollars. But while decriminalization of marijuana has spread, with 23 states now allowing pot for medical use, a survey by the Partnership for Drug-Free Kids found people’s tolerance doesn’t extend to pot advertising. Importantly, Internet giants Google, Facebook and Twitter have taken a Just Say No stance on pot ads.

That ambivalence is why Leafly has taken a decidedly mainstream approach to its marketing, and the Times ad is no exception. The medical weed users in the ad, a man leaving his expensive townhouse and a woman going for a morning run, are professional and clean-cut; no stoners here. The ad focuses on the type of marijuana they’re using to alleviate symptoms of specific medical diagnoses, which gives it a compassionate and educational tone. Heckler Associates of Seattle, whose clients have included Starbucks and Boeing, handled the creative.

It’s a more toned-down message compared with the full-page ad Leafly ran in the Seattle Times July 8, along with some billboards, after Washington became the second state after Colorado to legalize recreational weed. Mediability in Seattle handled the buying.

“The New York Times really makes a statement,” Mediability co-founder Michelle Sawyer said. “When you want to go big and put a stake in the ground, The New York Times is the place to get the broadest circulation and widest exposure.”

Lowry said that the review process went “all the way up the ladder” at the Times, but that in the end, the paper didn’t ask for any changes to the ad. Nonetheless, he doesn’t expect the response to be all positive. (The ad contains a hashtag, #justsayknow, which will help Leafly track consumer response to it.)

“It’s a controversial subject for much of America,” Lowry said. “We’ve tried to approach it in an above-board way. But I imagine there will be people that will find it controversial.”

Leafly paid in the neighborhood of $175,000 for the Times campaign. The ad is running one day in print and a similar banner ad will run online for three days, starting Sunday, in the opinion section, that will link back to the site.

Execs at Leafly said they’re in touch with other media outlets to extend the campaign.