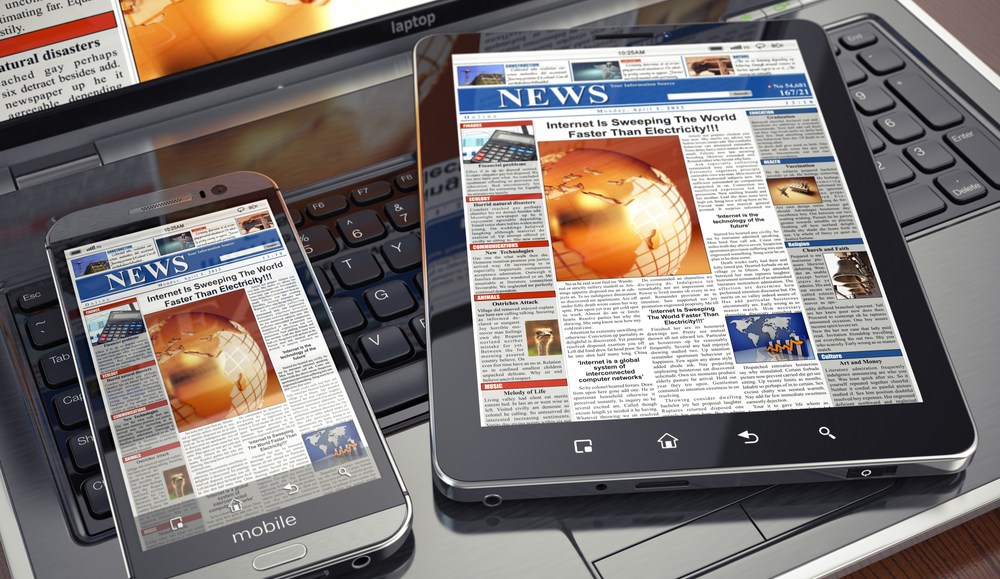 The top newspaper and magazine publishers in the U.K. have now crossed the mobile-desktop audience threshold, with many reporting that over half their audience now views their content on mobile and tablet devices. With 61 percent of U.K. adults now claiming to own a smartphone and 44 percent of households owning a tablet, according to Ofcom’s Communications Market Report, mobile is becoming the preferred mode of access for British Web users.

Here’s a look at how some of the U.K.’s local and national newspaper websites and digital magazines are shaping up in terms of mobile traffic:

Mirror.co.uk’s traffic to smartphones and small tablets alone exceeded desktop traffic every day in July, a first for the site. The site had 115 million pageviews on mobiles in July this year compared to 29 million last year, which means mobile pageviews have nearly quadrupled in the last year. Unique users on mobile nearly tripled in the same period, going from 10.3 million to 30.6 million. Full-sized tablets are served with desktop site and are not counted in these figures.

A focus on creating content optimized for mobile and social consumption has been a key factor in expediting the shift. “We’ve rolled out quizzes and polls across the site: those sorts of lightweight, one-touch sorts of things that grew out of [the company’s new viral content site] UsVsThem,” said Malcolm Coles, general manager of online at Trinity Mirror, in an interview with Digiday last month.

Johnston Press
Regional newspaper group Johnston Press, publisher of The Scotsman and The Yorkshire Post, saw its sites cross the mobile-desktop threshold in December 2013. Mobile and tablet visits average at 59 percent as part of the company’s overall 16-18 million unique browsers each month. Breaking-news events are a key driver of mobile traffic according to Johnston Press chief product officer and head of digital Jeff Moriarty: “We are very often each month seeing our most visited story being driven by mobile devices, which is often a breaking-news event that is getting shared socially by our readers.”

It’s mobile and desktop users also behave differently. Mobile users view fewer pages in each session but return to their sites more often than desktop users. On mobile, Johnston Press sites receive a few lower percentage of fly-by visitors, those who only visit a site once per month.

Half (48 percent) of theguardian.com’s pageviews come from non-desktop (phone browsers, tablet browsers and apps) on a weekday. This rises to around 60 percent on the weekends. The Guardian’s mobile apps users are the most engaged of all its users, with users representing a small percentage of all readers while generating around 20 percent of its pageviews, according to its blog.

FT.com
The FT’s mobile strategy has earned praise for its sustained growth and its decision to choose Web instead of native apps. The result of this has meant mobile now accounts for nearly 50 percent of traffic to FT.com. Mobile also drives 20 percent of new digital subscriptions, according to latest results released by parent company Peason. Overall digital subscriptions have increased 33 percent year-over-year to 455,000, accounting for two-thirds of total paying audience.

BBC.co.uk
Over half of BBC.co.uk’s users come from smartphone’s and tablets. At the recent news:rewired conference, the BBC’s Bella Hurrell revealed a graphic charting the growth in mobile and tablet traffic over the last three years. Desktop computer traffic has stayed the same while mobile and tablet has grown from less than 15 percent in August 2011 to over 50 percent today.