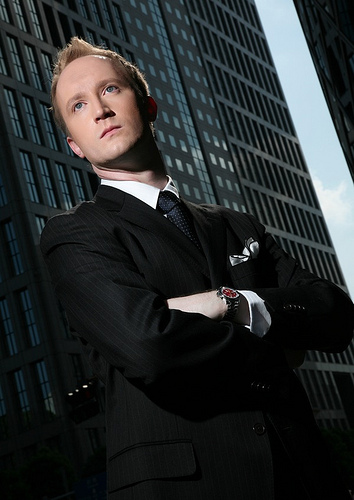 All parts of the media world — agencies, publishers and agencies — agree that innovation is absolutely critical. And yet, for reasons large and small, it is difficult. One thing we’ve noticed at Digiday is there are a few archetypes that constantly come up as stumbling blocks when it comes to moving the digital media world forward. Here are the five boogeymen we’ve found.

The Overworked, Underpaid 25-Year-Old Media Planner: Pity the poor young media buyer. Here he is, making like $35,000 a year and spending far too much time with mind-numbingly rote tasks involving Microsoft Excel. All he wants to do is get some courtside tickets to the Knicks game and maybe get out early enough from work to hit Brother Jimmy’s for fishbowl night. That means little time for vetting progressive media options, at least in the eyes of those who feel they offer them. Trading desks often finger The 25-Year-Old Media Planner as their biggest obstacle to wringing budgets from the grip of far less efficient ad networks.

The Professional Privacy Guy: To ad people, there is no downer quite like when the conversation turns to privacy. It’s even worse when you mention one of the chorus of critics from privacy groups like the Center for Democracy and Technology. The ad industry sees them as a cottage industry in Washington, D.C. that’s hellbent on holding back new ways to make advertising more relevant to consumers. The privacy lobby often seems stuck in the past when ads were spray-and-pray out of necessity.

The Worry Wart Legal Department: Many agencies I spoke to about the innovative Old Spice Guy response-video campaign skipped over the core idea to what really impressed them: Wieden + Kennedy got the campaign through legal. Among creatives, legal is a shorthand for “you can’t do that.” Lawyers, as we all know, spend untold billable hours dreaming up horrible things that have a snowball’s chance in hell of ever happening. This serves a purpose in corporations, but it doesn’t help when brands try to adapt to the real-time nature of media today.

The Brand Manager Control Freak: First, some credit: Many brands have gotten quite good about relaxing a bit. They get that they have to take some chances. There will be slip-ups like the McDonald’s-sponsored Twitter trend that went horribly awry. It’s those slip-ups, and the torrent of negative publicity that invariably comes with them, that holds many a brand manager back. “Nobody got fired for buying TV” is the old saying. Any emerging channel worth its salt has run into brand managers reticent to commit much more than a paltry test to something unproven. And yet it’s clear they need to find new avenues.

The Recalcitrant IT Guy: Say you’re an ad retargeter who wants to find consumers off the site in order to show them relevant messages about products they’re interested in. Good luck getting your pixel on the site. The IT department is often a dead end for marketing-services providers. “You’ll have to talk to IT” is something most don’t want to hear. It means long waiting times for seemingly simple things and, as anyone in a large company knows, a raft of reasons why something can’t be done rather than ways it can be done. In most cases, it’s best to avoid.

Like all lists, this one is incomplete (and somewhat contrived). We’d love to hear who you would put on your own enemies-of-digital-media-innovations list. Let us know in the comments.