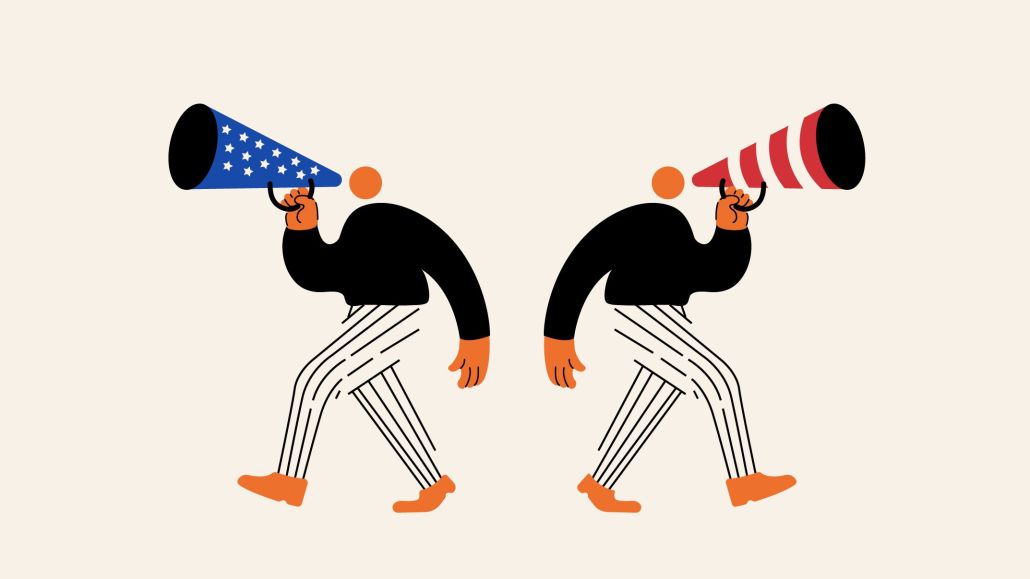 Political and holiday media planning are running into each other like never before, creating a huge wave of media spending for the end of the year.

Every two years, political advertising cuts into the early portion of holiday-related planning and buying, whether that be retailers pushing pre-holiday sales, toy companies marketing their latest innovations or quick-serve restaurants encouraging as much eating-on-the-fly while shopping for gifts.

This year, the fourth-quarter ad marketplace feels quite different, and for a number of reasons, some for the better and some not. They include:

“It feels like we’re walking into a holiday tsunami,” said Kim Sivillo, CEO of mSix&partners, a media, content and commerce agency that’s owned by GroupM and The&Partnership. “It’s like no other holiday period that I’ve ever overseen or any political cycle that I’ve overseen — there’s so many factors. There’s not a playbook — it really is going to be by client, by inventory, by [clients’] political views … We’re going to be busy this quarter.”

Media buying for holiday advertisers has even lengthened over time, with post-holiday advertising by retail clients offering sales and the chance to use those gift cards received during the holidays. “It’s really become like the third wave of holiday, if you will,” added Sivillo. But she cautioned that’s when retailers, and even luxury brands, need to be careful with messaging to convey a message of helping out and savings rather than splurging.

Traditional media this time around is taking it on the chin more than usual, noted Gordon Borrell, CEO of analyst firm Borrell Associates, in part because traditionally-heavy advertisers like auto dealers, furniture stores and HVAC firms have other places to spend their money.

“It’s rough out there for traditional media companies,” said Borrell. “Typically, the clogging of radio and TV’s limited inventory has allowed some spillover to other types of local media. That doesn’t appear to be happening because OTT has opened up a new video channel that eases the pressure. So there’s no real spillover to non-broadcast media.”

Traditional local media are struggling to get non-political dollars because digital — particularly SEM and social, “seem to have sucked away so much,” added Borrell, citing research on small to medium sized businesses his firm recently conducted which clearly revealed that those digital options generate the most and highest quality leads for those advertisers.

The effects of change aren’t being felt as much at a national level, since there’s no presidential election at stake.

One major holding company agency national investment executive, who declined to speak on the record, said not much has changed from prior election years. “In election years, big holiday spend always begins post- election,” said the exec. “The more relevant variable on holiday spend this year is the economy/supply chain and we are seeing some economy-driven cutbacks.”