Mashable Gets A Facelift 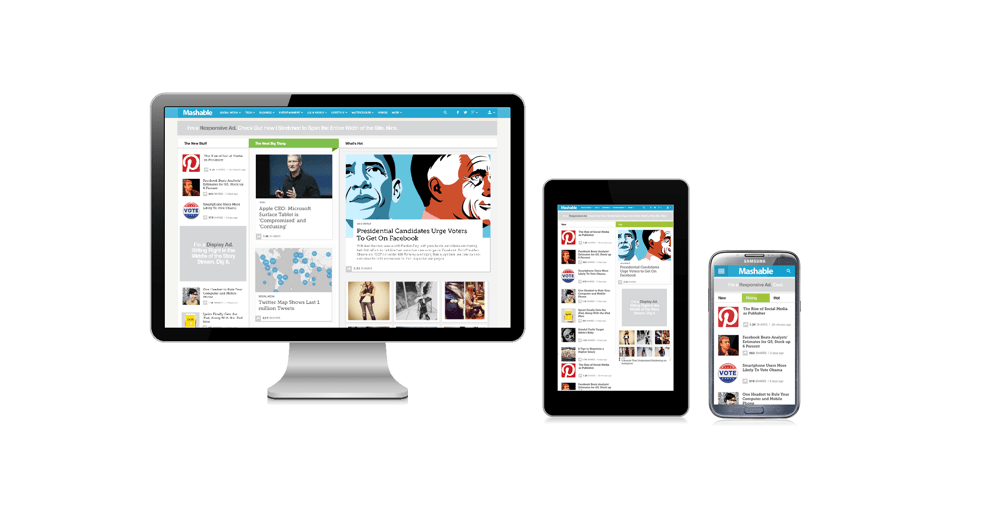 Mashable is a modern publisher, going from a one-man blog to a vast media brand in about seven years. But after so many years of the same look, the company got itself a facelift to address the major trends publishers are focused on: social and mobile.

Today, the publisher launched a new version of its site — calling it The New Mashable. Mashable rests its laurels on the social sharing philosophy of the modern Web, and the new site reorganizes how content is discovered, consumed and shared. Mashable’s philosophy can be easily summed up: think social first, then search, and reach out to mobile.

“[The] one-size-fits-all approach just doesn’t work with the proliferation of devices,” Peterson said. “While we recently thought that iPads may rule the future for tablets, other form factors are now buzzing with popularity, [like] Nexus 7 [and the] iPad mini.”

The new site was built using adaptive design so that pages are optimized for any and every screen. Mashable believes this will be a boon to its advertisers, as the ads will be delivered via an infinite scroll approach alongside content. The ad formats will also remain the same from device to device. With readers often suffering from banner blindness, Peterson said that by placing ads alongside the content and delivering them in the content stream, this will maximize “engagement for readers who just want to scroll instead of click-based or touch-based navigation.”

Ads are optimized for every device. The new Mashable responsively serves ads, maximizing precious real estate on each device and creating the best experience for the advertiser and reader, Peterson said. Also, infinite scroll enables new opportunities for creativity through “storytelling units.”

Mashable’s bet on the infinite scroll approach is also with an eye towards its readers. Eliminating pagination, the company believes, will add to more content discovery. The farther a reader scrolls down, the more content pops up. It also wants new ways for its readers to share articles, so the new design pulls quotes and highlights other interesting nuggets within each story to give readers simple shortcuts to share each.

The company also built a predicted platform called Mashable Velocity, which finds the content that bubbles up and has a high chance of going viral. These stories will sit in a well called The Next Big Thing, and Mashable editors will be the ones making the call on whether or not to feature the content. The content selected for The Next Big Thing also gets promoted via social media.

“One of the biggest problems facing media today is determining which stories to promote to readers,” Peterson said. “We solved this problem by inventing Mashable Velocity.”