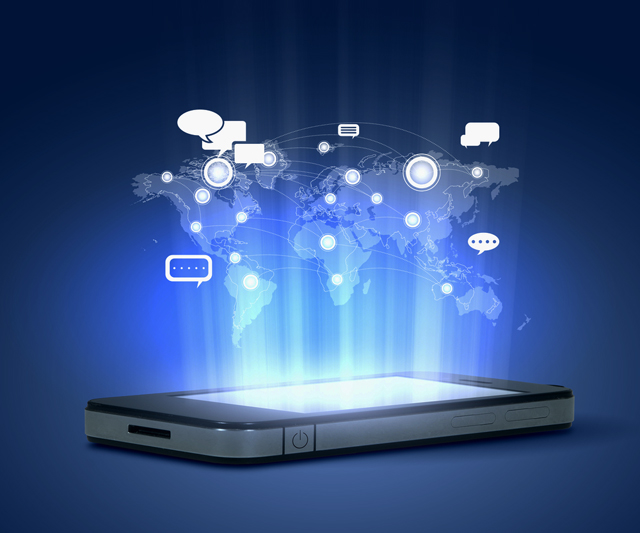 When people are waiting in line, they turn to their phones, where they check Facebook, read Twitter and view Instagram photos. The big question for news publishers is why they don’t check out the news.

The reason might be the wrapper the news is delivered in. Publishers are still stuck, in 2013, getting the basics down: translating news stories from print to desktop to mobile. But attention spans are different when waiting in line. News, it seems, not only has to rethink its business models, it must also rethink what it delivers.

That’s why the experiments by mobile apps Circa and NowThisNews are so interesting. Both companies are focused on packaging content in smart, mobile-centric ways. Circa’s 13 editors scour the Web for content and break it down to those most basic elements of news — the who, what, when, where and why. That content makes it easy to read while waiting for the bus, as you can scroll through a story and take away what really matters. Circa also sends out push notifications to alert you of story updates. Think of it as an ongoing stream of news, which makes sense for the computer in your pocket. For example, this story on Russia’s proposed anti-gay legislation can only be shared via social networks through your phone or tablet.

“There’s a lot of things we’re trying to tackle, but the simple one is that there’s more information in the world, but we’re less informed,” said Circa’s CEO Matt Galligan in an interview from last May. “It’s due to a number of reasons, but I think there’s an explosion in the amount of content available in lieu of editorial or experiences in that education. I think people are missing out.”

NowThis News, on the other hand, is betting that short bursts of video content is the future of mobile news. Its team of 30 creates professional-looking video, taking content from around the Web and packaging it so that it’s now ready for the Internet culture: one-to-two-minute clips that range from the serious (like this segment of Boeing’s 787 Dreamliner emergency landing) to the absurd (like this Fox News clip saying how Jan. 21 is the most depressing day of the year — Jan. 21 was President Obama’s inauguration, though Fox News said the third Monday in January is officially the most depressing day of the year. Potato, Potahto). Will you watch a five-minute video on the go? Probably not. But a one-minute clip that gives you all you need? More likely.

NowThis’s CEO Eric Hippeau, explained in an earlier interview that his company found a hole in the publishing industry: breaking news in a video format for mobile devices. The bet is that video is becoming an important aspect of mobile platforms. “[Breaking news] lends itself well to the mobile format, the footprint, size of the screens, particularly with the power of mobile devices we have, people just love to watch video on those devices,” Hippeau said.

Of course, it’s not easy to be mobile-first. Look at The Daily as a cautionary tale. Built for the iPad, the publication lost out on the interconnectivity of the Internet by not having a website. Circa and NowThis seem to have learned this, as each has some sort of website — NowThis is also distributed across BuzzFeed; Circa, while being a mobile property, does have a website that you go to if you stumble upon an article from the social Web. And while Quartz, The Atlantic’s newest publication, bills itself as a mobile-first outlet, it’s still a far cry from being native to mobile devices: there’s no Quartz app, just a mobile-optimized website.

The rise of mobile-only, if not mobile-first, publications could be a boon to the digital media landscape. And while the business models of mobile outlets may be based on the traditional, if outdated, ones of CPMs, the times are changing. Sponsored content, the topic du jour, fits into mobile news platforms in the way banners don’t. Publishers can make more money by offering creative services to help brands customize content to sit alongside editorial. The thing is, the mobile-only or mobile-first model has yet to really blossom. Hell, digital media in general is still trying to figure out the right business model.

Change the model, save the business? Maybe so, maybe not. But what’s clear is that the time is ripe for mobile-focused publishers to claim their piece of the media landscape, to plant their flags into — and onto — the mobile devices that we all use. News is now mobile, and publishers accordingly need to think how best to deliver news.