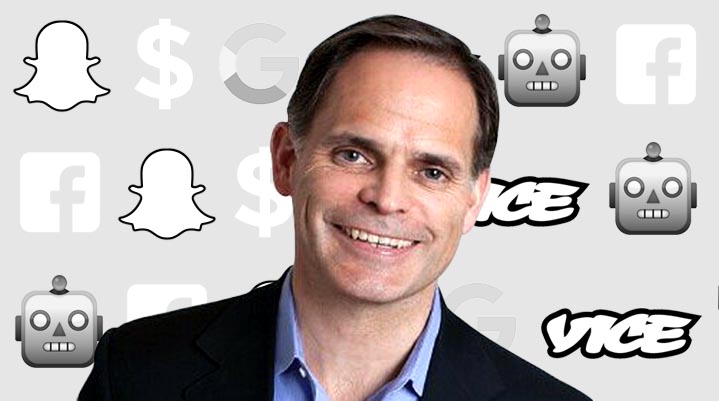 If you’ve been to a digital media event, you’ve seen the Lumascape, showing the vast number of programmatic advertising firms that dot the industry. Some see innovations; others see a mess. Luma founder Terry Kawaja sees opportunity.

As a matchmaker in digital media, Kawaja specializes in helping acquirers figure out their needs — and then representing the targets they pursue. On this week’s Digiday Podcast, Kawaja brushed aside concerns that the duopoly will choke ad tech, even if 90 percent of ad tech firms won’t return their investors’ money.

“If we’re talking about a $100 billion market and they have two-thirds, $34 billion is up for grabs, and that’s not staying in the same hands,” Kawaja said. “There’s a migration from IO-based arbitrage intermediation to programmatic. That doesn’t mean there’s no growth opportunities for companies who are not Google and Facebook. You can have upside from taking market share from companies who are not in that $34 billion pie slice.”

Below are lightly edited highlights from the episode.

Winter is here for ad tech
“We saw it in the numbers starting last year with the pullback in venture funding for undifferentiated, me-too ad tech companies. A couple firms have announced they’re closing their doors. That’s slower than one would expect.”

Snapchat needs ad tech
“It’s no secret that Snapchat is meeting with many companies in the sector. They’re being appropriately choosy and looking at teams and technology that make sense. AdRoll could, but I’m not sure there’s much to that story.”

Ninety percent of ad tech companies will fail
“Ad tech has many false positives. In any other technology sector, if you have a $20-50 million software company, you have a winner. In ad tech, you can have $150 million in revenue, and it’s not sustainable. It’s taking a slice of an existing spend.”

Marketers are finding their power
“The problem marketers have is they can’t collude. Someone has to stand up and say it, then others have to believe it and also act on it. We’ll see if it will make its way to action. I think it will. Many marketers are recognizing they can withhold spend.”

Publishers won’t successfully band together
“Every consortium among media companies has ended in failure. QuadrantOne, there’s a graveyard full of them.”

Amazon looms large
“Not only does it have the pieces and the revenue, it has the touch points with the consumer, data, multichannel, and Alexa is a Trojan horse in everyone’s house.”