Lucozade looks to take some media buying in house 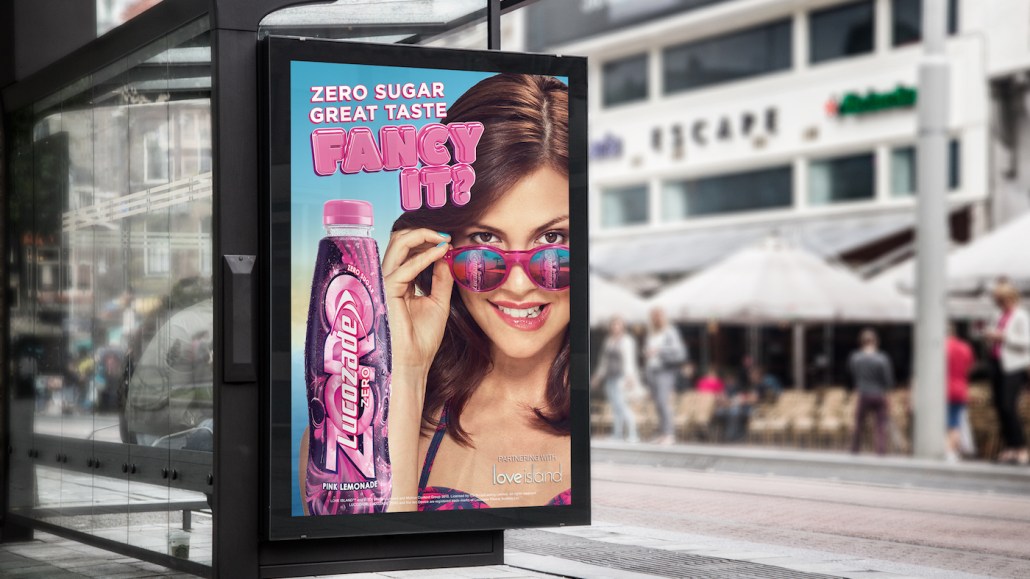 Two years after launching its own creative agency, soda brand Lucozade wants the team to buy its media, too.

The advertiser plans to take on some programmatic and social media buying from MediaCom. The idea is for Lucozade’s internal agency TED — which stands for tech, entertainment and design — to control up to 20 percent of its media spending. MediaCom would continue to manage the rest, which is mainly spread across TV and outdoor.

It’s a sharp turnaround for a business that wasn’t sure about the same move last summer. But as more spending goes programmatic, the company needs to have some of that expertise in-house, said Rick Oakley, Lucozade’s head of digital marketing.

“We’re sat on so much consumer and media consumption data that we should have an insight into when we’re able to advertise,” said Oakley. “Programmatic is revolutionizing advertising, and we need to have people in-house to help us understand it whilst continuing to work with our agencies.”

Having a mix of internal and external programmatic skills is an extension of the approach Lucozade took when it started to bring some of its advertising in-house in 2016. That model has given brands like Lucozade, Duracell and Deutsche Telekom control over their media buying while outsourcing specialist roles to agencies. Oakley believes Lucozade’s own agency has the advantage over its external partners when it comes to speed.

“We can deliver completely through the line [campaigns] with TED, but we’re also working very closely with the marketing, sales and field sales teams when it comes to being able to evaluate a campaign,” said Oakley. “Often, agencies don’t have access to those insights.”

Taking advertising work in-house has its own challenges. It’s not easy for the TED team to collate all that data. Lucozade’s agency is testing a tool to measure if ads are driving in-store sales. The tool tracks purchase data store by store before layering on media plans to see if sales uplifts match with spending patterns.

On the creative side, the plan is to do more of the same. Since starting in 2016, TED has been creating around half of Lucozade’s ads, producing outdoor and magazine ads and developing a fitness app before piloting its first TV ad last month. The team worked with broadcaster ITV to create the ad for TV show “Love Island” after MediaCom brokered the partnership.

The milestone doesn’t mean Lucozade’s creative agencies Grey and JWT have produced their last TV spot for Lucozade, though. “The one thing you should never skimp on is high-quality creative, which is why we pay through the nose for it because of its value,” Oakley said.

Looking forward, Oakley is thinking about how TED can be translated to other markets like Spain, the Netherlands and France. In-house agencies like TED aren’t new, but Lucozade’s interest shows how marketers are trying to produce content faster and take more control over their budgets.

Lucozade has yet to make similar demands of its own agencies to restructure their businesses as Unilever’s Keith Weed has. Oakley didn’t rule out changing the way the company pays its agencies in the future, though.