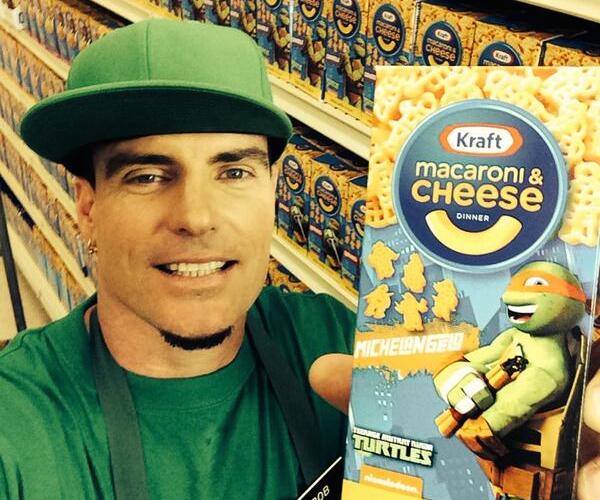 At least twice a week, Brandon Kraft is mistaken for a processed cheese manufacturer.

It’s not that Kraft dabbles in DIY cheesemaking. (He’s actually an engineer at Web development firm Automattic.) The problem stems from his being in the enviable but sometimes annoying position of having the @kraft Twitter handle. Kraft secured @kraft in October 2007, and he was first mistaken for Kraft Foods, the brand, 14 months later. He now finds himself the undue recipient of criticism and praise for the Kraft Foods brand (which tweets from @kraftfoods) at least twice a week.

“Twitter was still just a geeky thing that no one was using as a corporate communications tool,” Brandon explained. “At the time, I thought of it as a mix of micro-blogging and curated group SMS — not a corporate tool, much less the micro-support forum it has become for companies and consumers.”

Brandon views the mistaken tweets he gets as entertaining minor annoyances. Most of the time he ignores them, he said, and when he does respond, it’s usually a polite point in the right direction or an attempt at humor. “With my last name, I’ve had to be a good sport about cheesy comments my entire life,” Brandon said.

But a case of mistaken Twitter identity poses a slightly more serious problem for Kraft Foods and the several other brands whose names have been co-opted by civilian tweeters. Chipotle (@ChipotleTweets), General Motors’s GMC (@ThisIsGMC) and Subaru (@subaru_usa) are just a few of the brands that have had to resort to taking more lengthy Twitter handles. Apparently Brandon Kraft wasn’t the only one who failed to foresee Twitter becoming the marketing engine it is now, and the brands that were slow to embrace Twitter now have to grapple with not being in control of their own names on the platform.

Here are examples of humans who are brand Twittergängers, and how those brands deal with having a slightly off-brand handle.

Subaru
“While it hasn’t caused any confusion that I’m aware of, the most obvious concern to us would be someone ‘passing off’ as us online and I don’t think that’s the case here,” Subaru spokesman Michael McHale said. While @subaru doesn’t purport to represent Subaru — he’s a “big Subaru fan” named Neil — the handle is occasionally confused for the car brand. Even Globe Drive, a publication that cover cars, has had trouble correctly identifying Subaru on Twitter.

The @subaru account has only tweeted five times since July, 11, 2011, and has 228 followers. He follows 111 accounts, nearly all of which are car-affiliated. Although Subaru downplayed the existence of any confusion, it is looking to take control of its brand name on Twitter. “Longer term, @subaru is probably a handle we should look to acquire,” McHale said.

Chipotle
Chipotle spokesman Chris Arnold dismissed the notion that people confuse @chipotle with Chipotle’s verified @ChipotleTweets account. “We have 340,000 Twitter followers. People seem to find us just fine, and if whomever owns the handle @chipotle doesn’t mind getting the occasional Chipotle tweet (or a steady inflow of them), that’s up to them,” Arnold said. “We’ve got it covered with @chipotletweets.”

It turns out @chipotle is actually the work of a one Chip Clark, who, despite being a prolific wine blogger, did not respond to several tweeted requests for a comment. Clark lists his location as “The Whale’s V,” a sordid “Anchorman” reference meant to indicate San Diego, which is not exactly on-brand with Chipotle’s mission of supplying farm-fresh goods to burrito lovers.

Kraft
Kraft declined a request to comment on @kraft. Brandon Kraft, however, was quick to point out that it’s not just everyday consumers who confuse him for Kraft Foods. Whenever a Kraft exec speaks at an industry conference, Brandon sees a spike in “mistweets” from the social media gurus in attendance. Bette Midler, Fox News and Vanilla Ice have also erroneously tweeted at @kraft, Brandon said.

@BetteMidler Don’t worry. I bought some more. I don’t know why everyone cares about my Velveeta supply levels. https://t.co/DFHh8ngkT2 — Kraft (@Kraft) January 23, 2014

Twitter’s role in securing brand handles
Twitter declined to comment, but the company has conflicting interests as to whether it should force individual users to relinquish handles to brands. While brands are the ones that pay Twitter’s bills, Twitter has always been a steadfast supporter of its users’ rights.

“Twitter usernames are provided on a first-come, first-served basis and may not be reserved,” Twitter’s trademark policy reads. The only restriction for human accounts with brand-name handles is that they can’t misrepresent themselves as the brand. So don’t expect @kraft to change hands anytime soon.

“Everyone calls me Kraft — even my wife. That’s my identity on and offline,” Brandon Kraft said. “While it isn’t very unique, it is me.”