The Implications of Connected TV 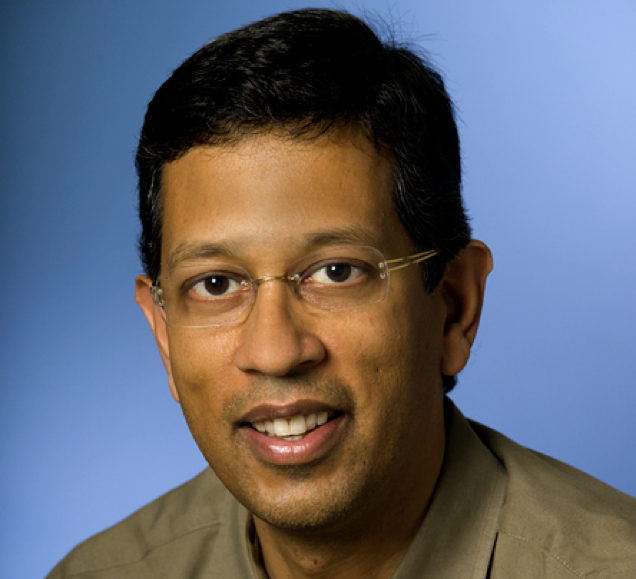 “Connected TV” is one of the current marketing buzzwords dominating discussion in the halls of online video. Digiday spoke with Jayant Kadambi, CEO of video ad network YuMe, about what connected TV means for brands, publishers, agencies and consumers.

What exactly is connected TV?
As the world goes to a more application-driven environment, where content is being produced and distributed through application-based format — started with itunes/iphone environment — generally what we’re seeing is content owners want to distribute content in other places as well. TV manufacturers provide adjacent devices — BluRay, etc — inside the TV for application developers to push content into the TV over the top. We see that trend continuing. We’re big fans of it from a let’s-get-content-out-to-everybody-when-they-want-to watch-it perspective.

Our working definition is any sort of TV-based environment able to receive video content or any content outside linear broadcast mechanism. Some refer to it as ‘over the top.’ It’s Internet connected, running over a set-top box allowing the user to connect to the Internet and manipulate the content they want to work with. It’s very similar to the way you work with the tablet or iPhone or android device.

Connected TV is but a blip on the radar. Realistically, when is that going to change?
I think one of the things that did very well in the mobile environment to help proliferate was that the manufacturers did a good job with the developer tool kits, systems and software infrastructure to develop and deploy applications. The were very organized about it and it was very easy to do. Connected TV is still early and the ecosystem is required to help developers produce applications for environments that are similar but not perfectly aligned and not the same. I think what you’ll see is that people who are in the business of producing IDEs (integrated development environments) for mobile applications and you’ll see a proliferation of apps that can run on TVs. My theory is that I don’t think it’s a reluctance on content owners part to deploy content on the TV; it’s a lot of extra work and it’s still developing.

On the consumer side, I think discovery of an app on a TV is not the easiest thing to do, even on an iPhone. Stats say that on the iPad, of all apps you download, you consume six to eight apps regularly. You can search for it, but most of the time you’re just using six to eight. On TV, if you use the same logic, the consumer has to be able to find apps. It needs to be cloud based or through the TV nd once you have that i think consumers will take to it because they’ll find what they need.

On the content owner side, the ecosystem needs to build. Once it does, you’ll see apps available to be downloaded. You’re seeing it today, like Netflix, where the bulk of the applications being used at scale on connected TVs are being used on other mechanisms. It’s another avenue to consume the same content on a big screen in your living room.

How will connected TV change TV advertising?
The advertiser wants to reach a fragmented audience. They’re watching TV and iPads and connected TVs in the future and online (websites). In order to reach a fragmented audience the TV buyer has to complement the TV buy with online buys (connected tv, mobile online). I think it is just another strong TV-like environment to complement their linear TV buys to reach the same audience while they’re watching other — or doing other — things. We’re all doing more things with our time now. It’s less of a change from a TV buyer’s mentality. It’s a big screen, it’s immersive, it’s lean back; if the scale is there, it will change TV advertising less than mobile or online would.

What type of ad formats, executions, experiences might it present? What will advertisers measure and buy against. Views? Actions?
The beauty of this is one, it’s a nascent market; it’s growing fast. We need to be innovative and changing the ad formats and testing and trying new things and seeing what works for what environment. You have the ability now of running a different ad type for, as an example, women who watch rather than males who watch. We don’t have that advantage in TV. Someone can try and see what works and sell. As a baseline, you can always fall back to the TV ad systems people know and love; they know the plus points and negatives but can have different experiences, especially if you include people who have a tablet when watching connected TV.

For the branding business, at the upper funnel, we think advertisers are pretty good when they advertise whether the sales of their product goes off the shelf or not. They’ll continue to use that metric. On TV, they measure gross rating points or target rating points against particular audiences and the more we can do in the industry to support the measurements in the TV environment, the better off we’ll all be. There are other actions you can take and see if they can help the advertiser or not. To start out with, they’ll reel off the base metrics with engagement metrics to set up a baseline for everyone.

Why are brands/publishers interested in connected TV?
We ran an experiment that turned out to be interesting data where the brand lift/awareness on an ad is correlated to the size of the ad that’s playing. If you’re running a video ad in 300×250 vs full screen on ipad or 500×400, the brand awareness increases. Extrapolate that to TV, it’s obvious why advertisers are interested. The other reason they’re interested is they’re trying to reach a fragmented audience and connected TV is where they’re going. The third is the fact they understand the ad format on TV already — whether running in the app or on a game system on a TV, they know between zero and a 30 or 60 second spot on a 41-inch screen on HD quality in front of you. They know it works and they like it.