The knock on Facebook is often that it doesn’t have its ad strategy figured out. That might be, but the company courted advertisers pretty much from the get-go.

As captured in “The Social Network,” Facebook’s then-CFO Eduardo Saverin was in New York City right after the launch of TheFacebook, as it was then called, to sell ads. One of those who met with Saverin in April 2004 saved Facebook’s first media kit, which was provided to Digiday.

TheFacebook was a far cry from the global behemoth it is today. Just a bit over two months old, the media kit details its 70,000 users at 20 major colleges. But Facebook’s grand plans are evident in its projections, which include launching in 200 colleges in six months.

Facebook’s original pitch was a bit different than the message it bring to marketers today. For one, Facebook wasn’t urging them to use social ads but instead offered to run IAB standard ad units. Yet Saverin was already emphasizing Facebook’s unique (and personal) data, explaining that marketer’s could target by sexual orientation or even by dorm.

Below is the media kit Saverin was using to pitch potential advertisers that spring, obtained from a New York-based marketer he met with personally. Saverin was asking for ad commitments of around $80,000 for targeted display ad placements that would reach “thousands” of users. 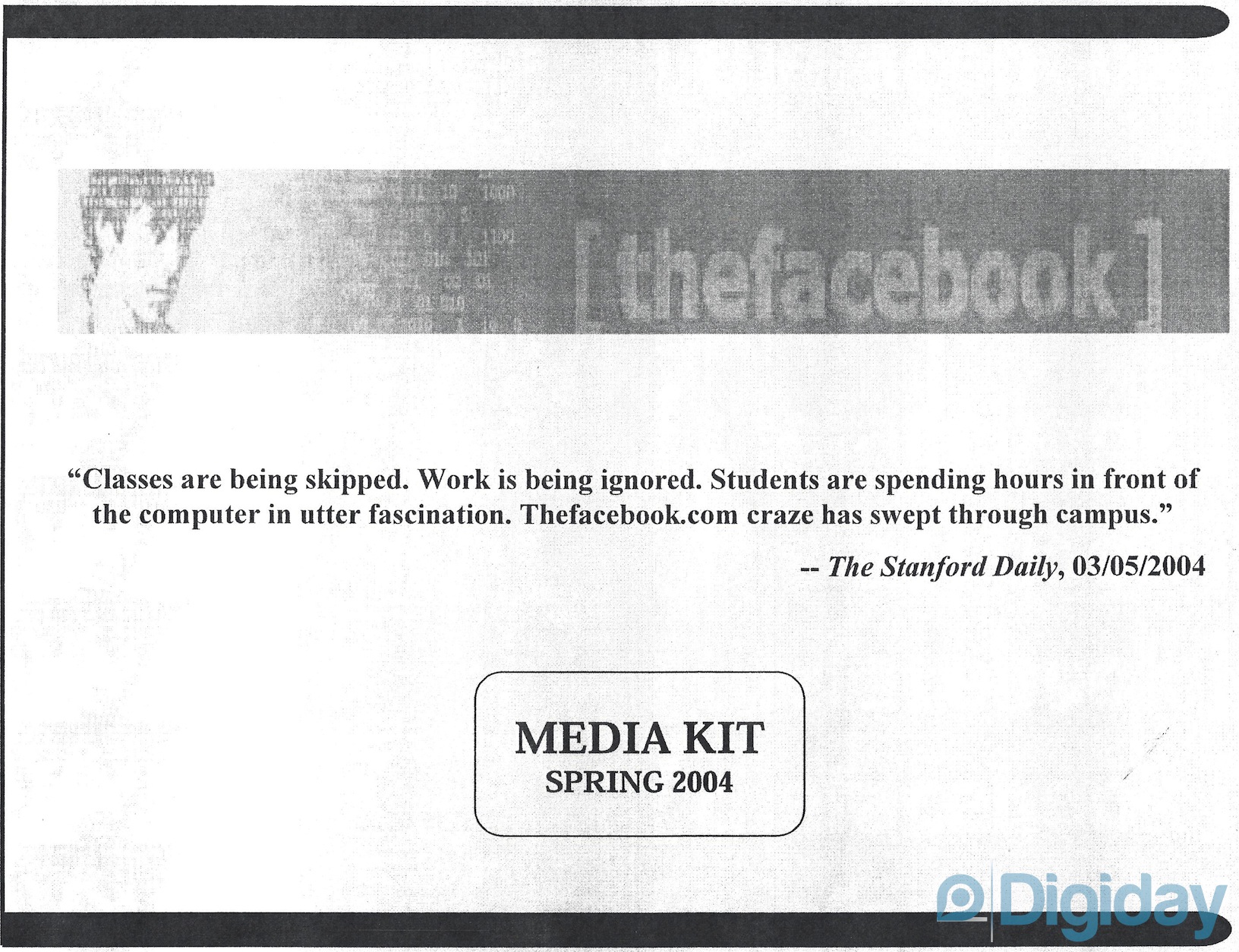 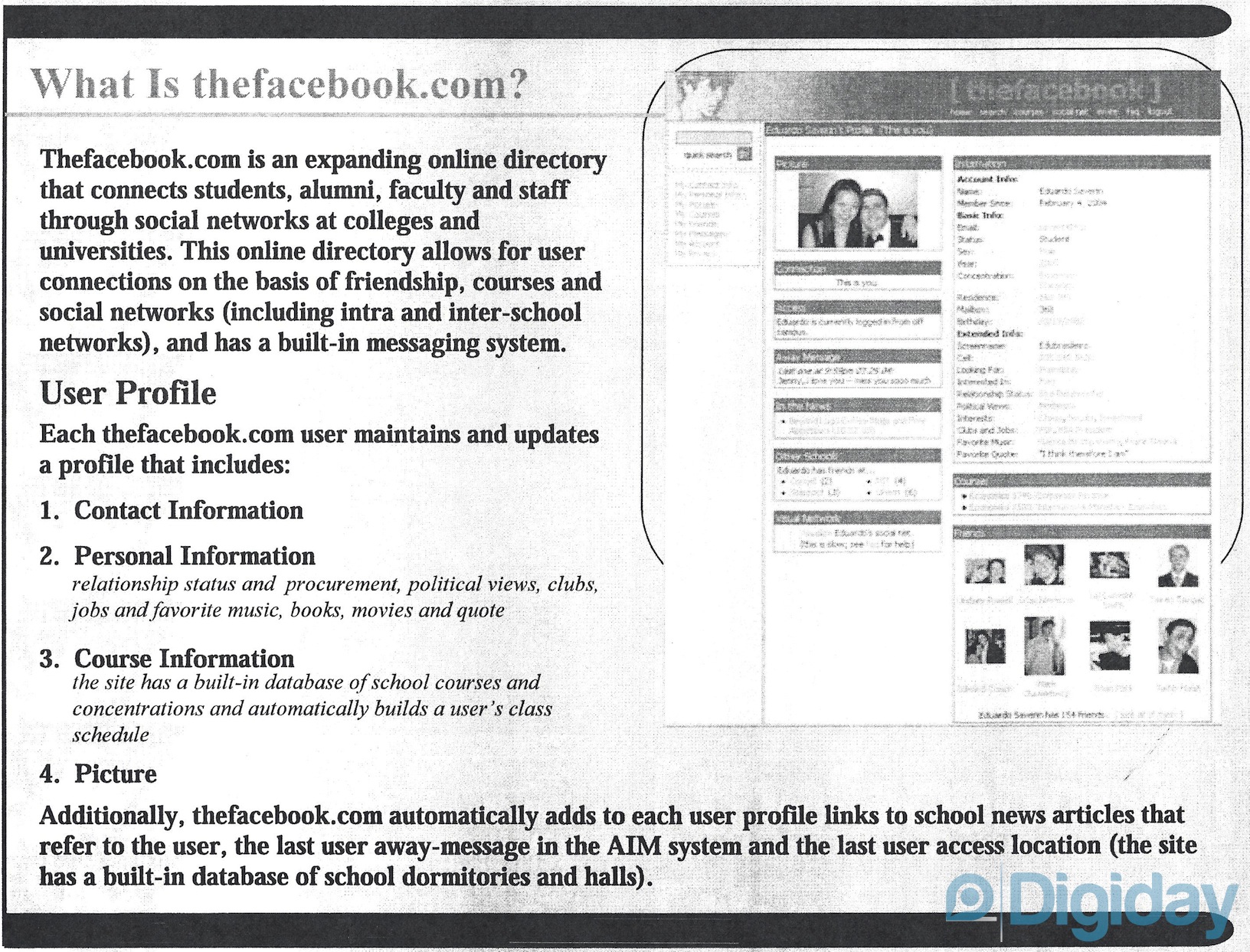 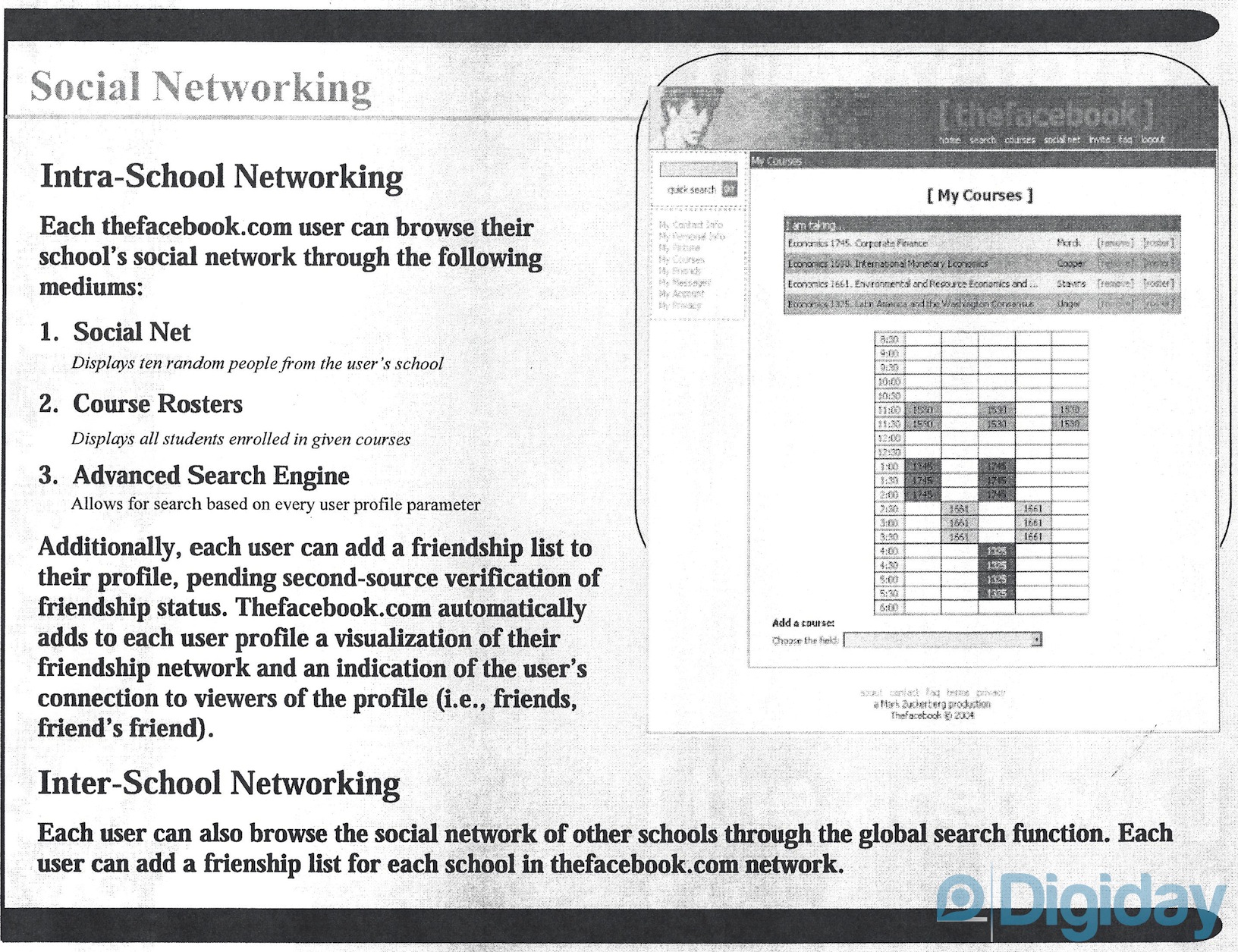 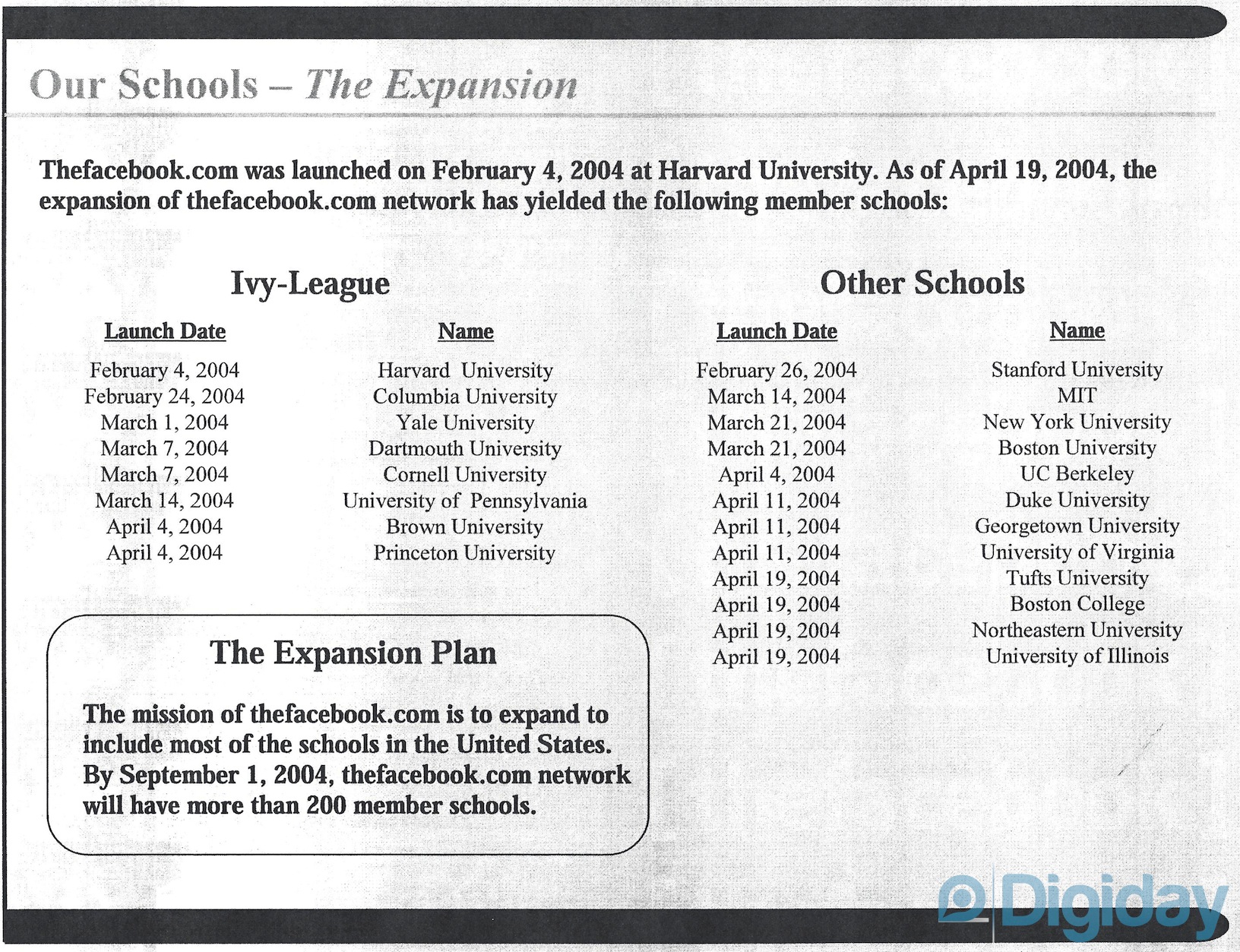 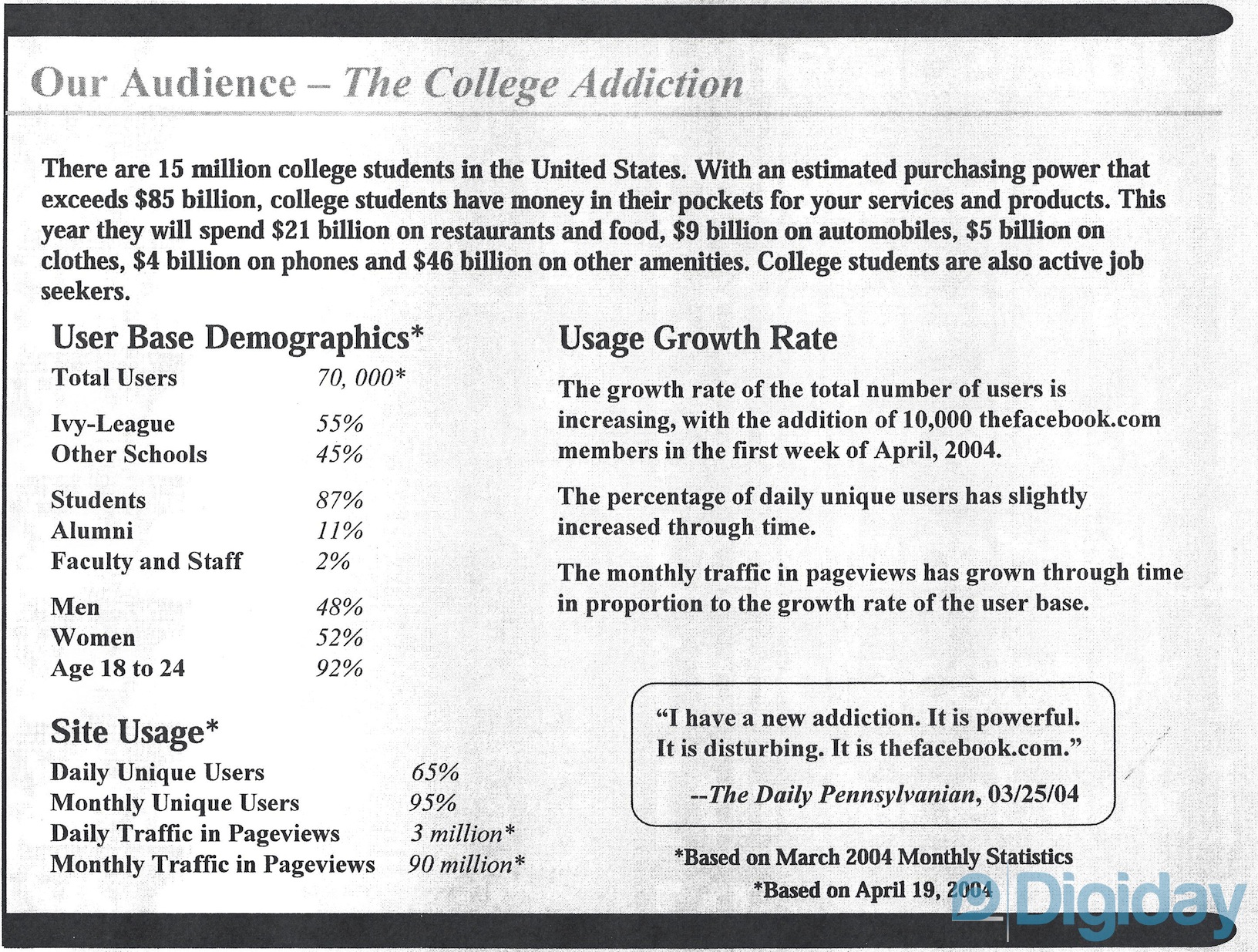 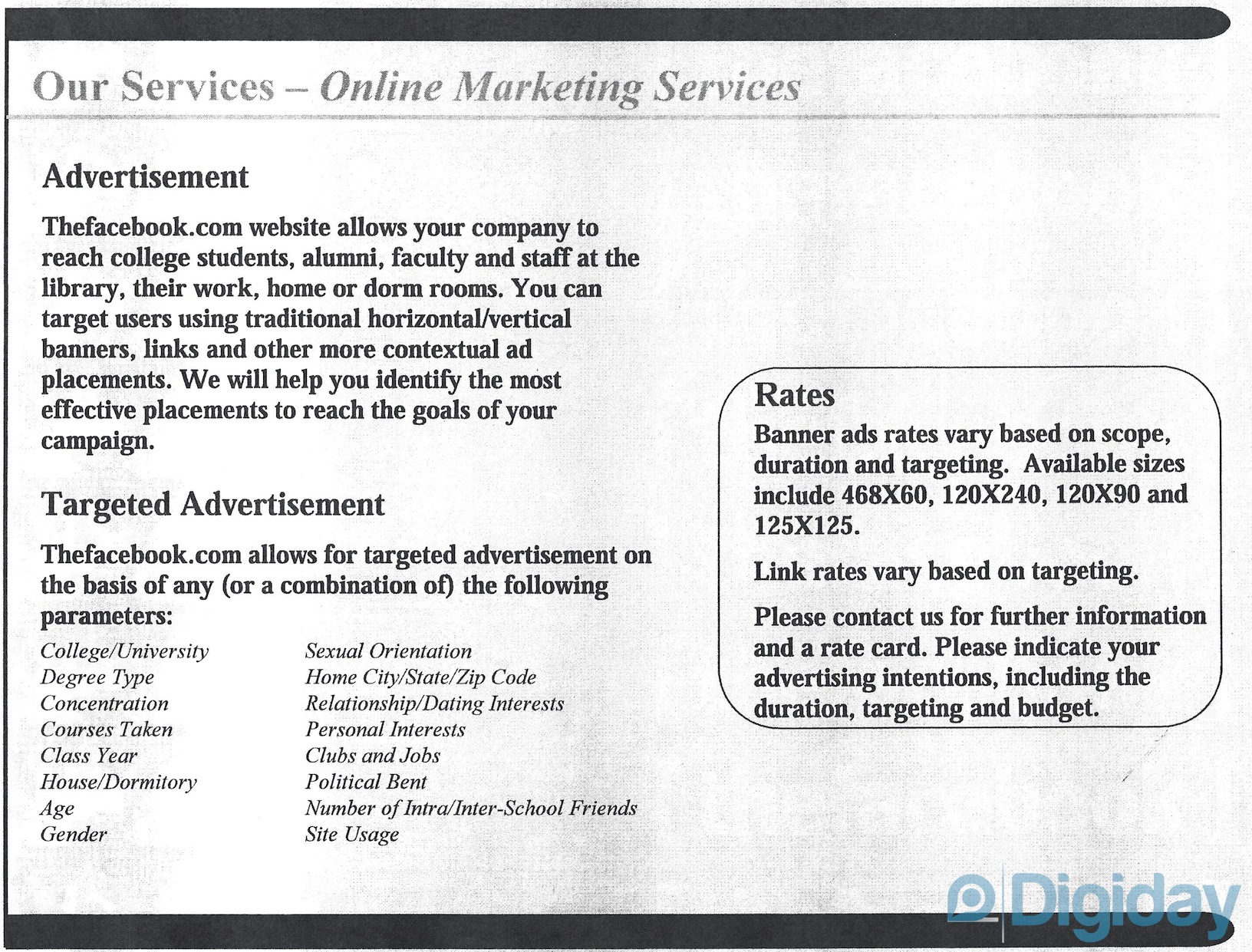 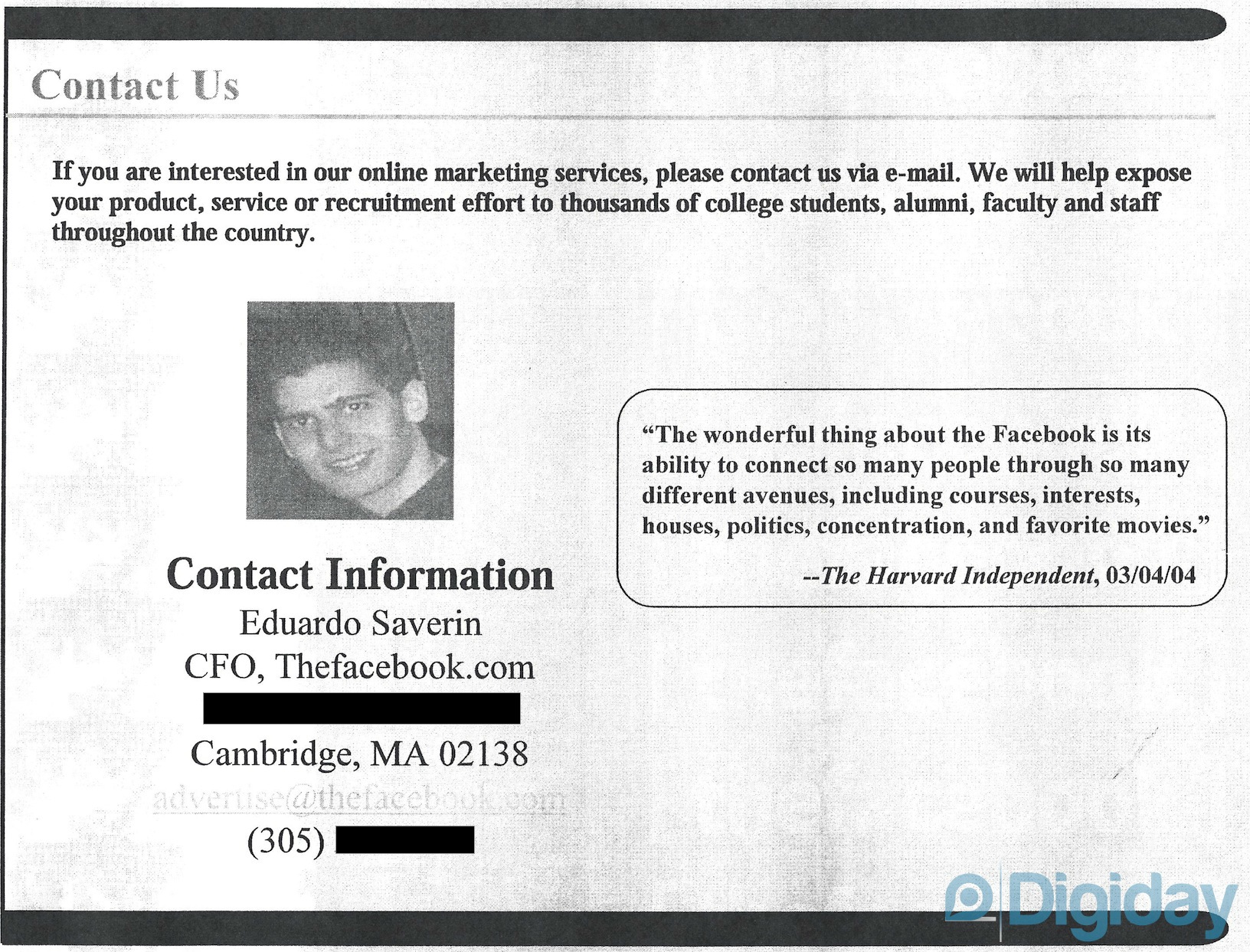