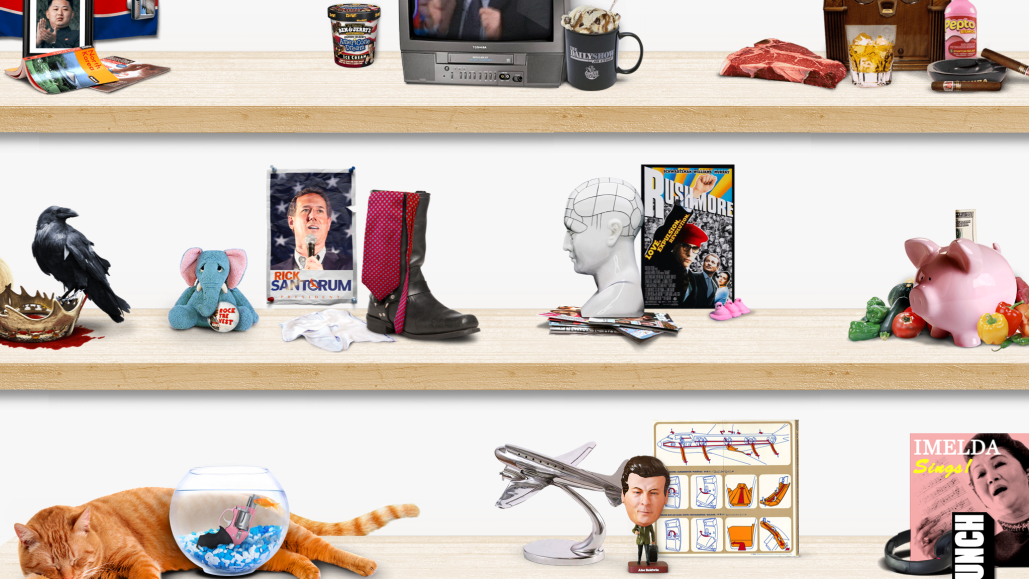 In the two years the iPad has been available there have been few serious attempts by publishers to create content specifically designed for consumption on the device. News Corp gave it a shot with The Daily, which has been met with mixed reviews, but most publishers have opted to simply repurpose and their print and Web content for the device, rather than creating specifically for it.

But Punch Media is coming to market with a different approach. Last week the startup media company launched its first iPad title, a news satire pub called Punch, which seeks to deliver content experiences completely native to the iPad.

It’s not repackaging print content and adding bells and whistles to tap into the iPad’s features, it’s building content from the ground up with the iPad alone in mind. The effort could herald the arrival of a brand-new set of publications designed and built specifically for modern media habits.

“We liked the idea of creating content experiences that couldn’t possibly be created in any other environment. We felt there had been very little original entertainment created for the tablet,” said the firm’s CEO, David Bennahum. “The original pieces of content out there are mostly games. They’re all fun, but they’re not culturally engaged the way a magazine can be. That was the opportunity we saw.”

Much of the content within Punch isn’t dissimilar in tone to that which you’d find in a satirical print title, but Bennahum doesn’t view it as a magazine equivalent for the iPad. It’s a new category of content altogether, he suggested. “We wanted the experience to feel endemic and authentic to the tablet. We like to say ‘you don’t read Punch, you play Punch.’ It’s a non-linear experience, there are no pages.”

Rather, users select pieces of content from shelves on the index screen, and are propelled into sections not unlike mini applications themselves. The content might take the form of text, imagery, video, games, or other interactive exercises.

Traditional magazine publishers such as Conde Nast and Time have, of course, produced apps featuring interactive elements and features. But again, that content is produced first-and-foremost for their print products; it often feels like it. Titles such as Wired and GQ create rich, engaging user experiences, but they essentially take the linear magazine format and do their best to translate it to the tablet environment.

That’s the type of approach Punch was eager to avoid. Of course, it doesn’t have the same legacy audience, media, and business model challenges to contend with as traditional publishers, but that’s precisely the opportunity it’s hoping to seize.

“If you were going to start fresh and create a media company in 2012 with no existing properties or audiences, what would you do? Probably something not too dissimilar to Punch,” Bennahun posited, adding that he’s somewhat surprised more print publishers haven’t tried a similar approach. “It’s obvious that media is evolving. That doesn’t mean media brands can’t evolve with this medium, it just means you can’t do what you were doing on one medium on another and expect it to work.”

That said, traditional publishers are already out there selling hundreds of thousands of digital issues, and advertisers seem impressed. Titles such as Wired regularly feature interactive ads, for example. Punch, too, hopes to sustain itself through advertising, as well as offering pieces of paid content within its titles in a micropayment-like fashion.

The company hopes to work closely with agencies to create interactive brand experiences, it says, and initially plans to focus on luxury and premium brands owing to the high-income, early adopter demographics still associated with the iPad.

It’s already met with agencies to discuss possible integrations, but is currently focussed on building its audience. Reception from the advertiser community has been positive, though, Bennahun said.

But according to David Berkowitz, vp of emerging platforms at digital agency 360i, regardless of the creative possibilities the product might present, the iPad-centric approach is yet to be proven from an audience standpoint. “It’s not clear whether people really want to consume media this way. Media companies that have fared the best tend to be accessible across any device, and often in various forms of online and offline media,” he said, but added that he’s curious to see how the product evolves.

Besides ads and micropayments, Punch also hopes to license the technology behind its publishing platform to third parties, such as marketers, publishers, and anyone else looking to build similar experiences. The company didn’t set out to generate revenues from technology, but after building it for its own use realized it might be able to monetize that as a standalone product. That’s not it’s main goal, though. “Our focus is Punch the media company,” Bennahum said.

Punch launched officially last Thursday, so audience numbers are currently unavailable, but the tone of the app is demonstrated in the launch video below, as well as its attitude towards print media and VCs.

“Why is Punch available only on the iPad?” it asks. “Because if it were a print magazine it would have gone out of business multiple times.” And “because it’s the best way to get money from venture capitalists.”