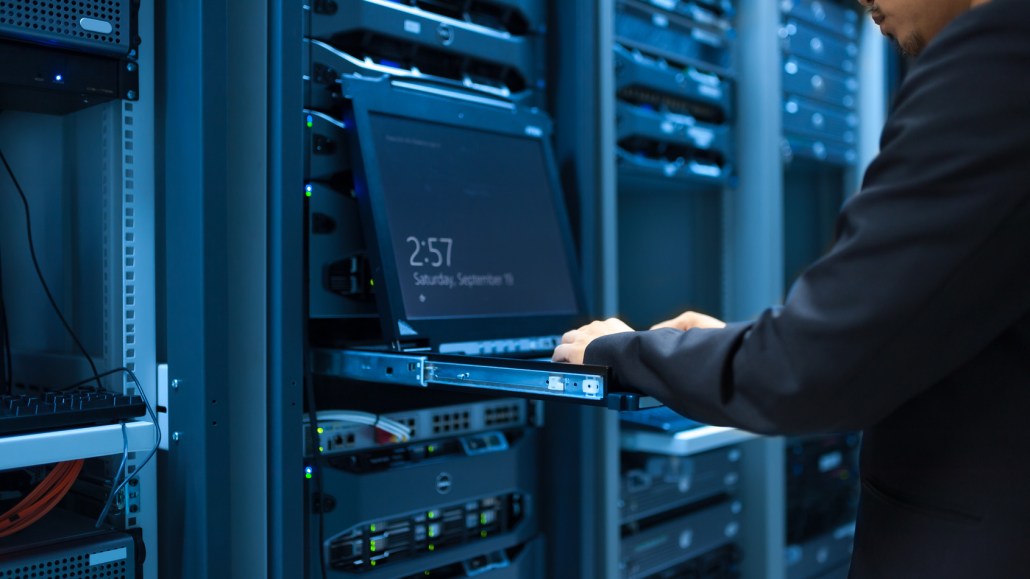 Programmatic is sucking up more and more ad dollars as its buzzword status becomes more deeply entrenched. But as programmatic advertising continues to grow, marketers are becoming more concerned with issues of fraud, transparency and visibility.

According to a report published this summer by Magna Global, the global programmatic market will increase from $14.2 billion in 2015 to $36.8 billion in 2019. With so much spending going toward automated channels, marketers should remind themselves that we’re just “in the third inning of programmatic,” said Nielsen Marketing Cloud evp Mark Zagorski during an Advertising Week panel this week.

In recent months, a few research companies have released reports documenting trends in programmatic. Here are five charts that tell their story. 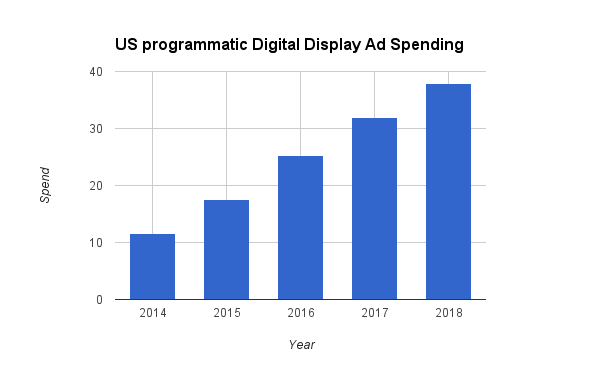 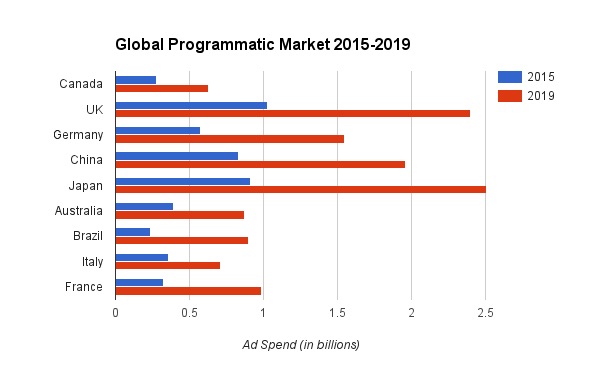 Dollars will shift from desktop to mobile and from banners to videos
The growth is expected to primarily come from mobile. Magna Global forecasts that mobile will make up half of programmatic spend by 2019, up from 28 percent in 2015. The primary driver is in mobile video, which Magna projects will constitute 28 percent of programmatic spend by 2019 as ad spend shifts from banners to videos. 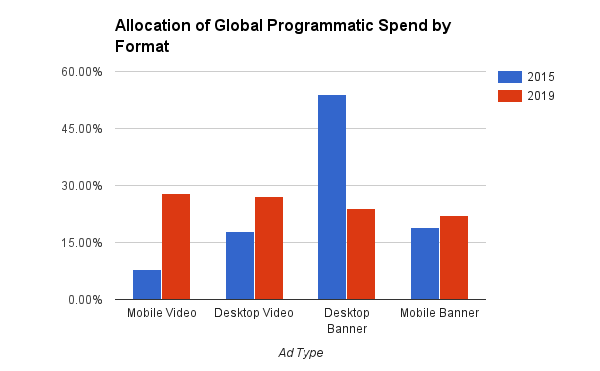 Fraud concerns have grown
But as programmatic buying has soared, so have fraud concerns. At an Advertising Week panel earlier this week, Mike Romoff, head of global agency and partnerships at LinkedIn emphasized that there are still a lot of issues with programmatic. “I think there were some expectations of how easy it would be to flip a switch,” he said. “But there is a lot of technical work that still needs to happen.”

Other panelists stressed the need for independent measurement in weeding out spam and fraud. To fight fraud, advertisers must prevent “the fox from guarding the henhouse,” said Zagorski.

Earlier this year, an Association of National Advertisers and Forrester survey showed that marketers have become more concerned about some of the issues plaguing programmatic. Nearly three-quarters, 69 percent, of respondents considered “higher bot fraud in programmatic buys” to be a significant challenge to buying programmatically. Whether the questions involved transparency or visibility, more respondents reported that they were concerned in 2016 than they were in 2014. 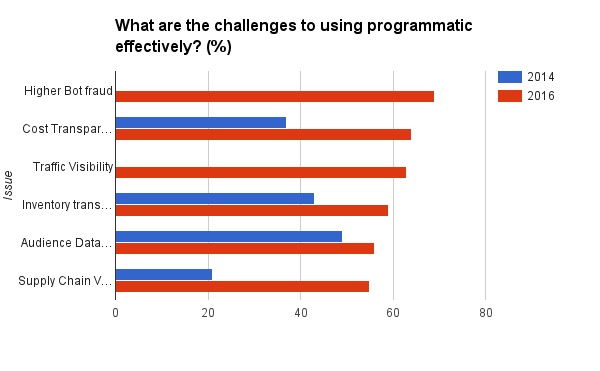 “When it comes to fraud, the really interesting thing is the difference between media sellers’ and media buyers’ opinions,” said Rebecca Muir, ExchangeWire head of research and analysis.

Muir notes that more than a third of media seller respondents said they do not consider any level of fraud to be acceptable, while only a quarter of media buying respondents shared this belief. And that’s because “media sellers have more to lose from fraud compared to media buyers,” she said. 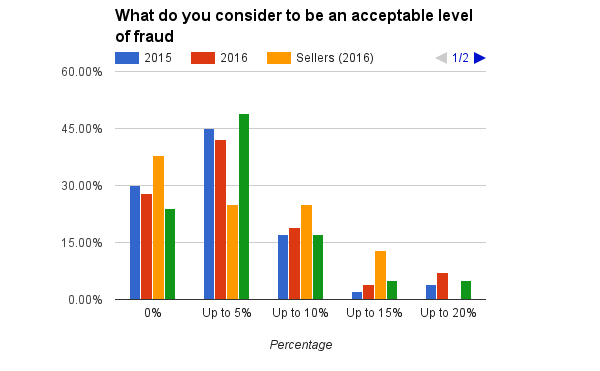