Frictionless Sharing Isn’t Without a Cost 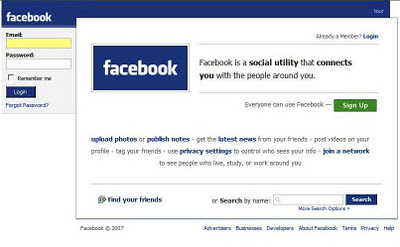 Frictionless Isn’t Fun: Facebook’s Open Graph is proving to be pretty annoying for everyone. You have probably seen your news feed full of posts about friends reading articles on Yahoo or The Guardian, which is a feature of frictionless sharing; however, the annoying part is that if you click on these shared articles, you will be prompted to add the news site’s social sharing app. As CNET’s Molly Wood points out, “In search of ‘frictionless’ sharing, Facebook is putting up a barrier to entry on items your friends want you to see — that is, they’re creating friction. Even if it’s just a onetime inconvenience, any barrier to sharing breaks sharing.” More than just causing friction, Wood also notes that if everyone does just embrace the Open Graph, then pretty soon all of our Facebook feeds will be entirely taken over by passive, automated, seamlessly shared posts. That doesn’t seem very social for a social network. CNET

Texting Crackdown in Pakistan: Pakistan’s Telecommunications Authority is cracking down on texting. The PTA has come up with a list of around 1,700 words that it considers offensive and has ordered that phone companies start filtering these words from text messages. While many words on the list are profanities and other gross things you would expect, but then there are some like “Athlete’s Foot,” “Glazed Donut” and “Penthouse” that don’t make quite as much sense. The PTA claims that this measure is meant to cut down on spamming. So much for freedom of speech and privacy. Hindustan Times

Kohl’s Pulls a Rebecca Black: Smart marketing or annoying hijacking of an annoying viral sensation? A little bit of both. Kohl’s has created a commercial using a spoof of Rebecca Black’s god-awful song “Friday” to promote its Black Friday sale. Watch for yourself. It’s equally if not more annoying than the original. The Daily Dot

Tumblr of the Day: Literary quotes depicted by TV stills, or as the Tumblr creator describes it, “Kurt Vonnegut, meet Brenda Walsh.” Slaughterhouse 90210

Video of the Day: I don’t like cats, but if it will give me free massages, I’ll take one! That’s one lucky son of a bitch, literally. The Daily What