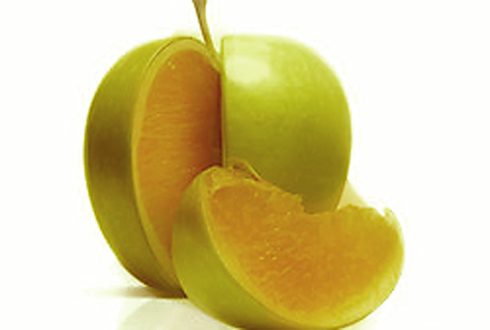 The more the Web changes media, the more media stays the same. If we’ve already lost you, maybe Stephen Dubner can clarify a few things.

After all, if anyone can provide first-hand knowledge as to how technology changes media, it’s Dubner, a musician and journalist whose work has been in a series industries upended by the Web. And yet, Dubner thinks the Web has had a minimal effect on how he creates media.

His first book, with co-author Steven Levitt, was informed by these experiences — and turned Dubner into a bestselling author (and, subsequently, pioneer in the burgeoning podcast industry). “Freakonomics,” published in 2005, was a unique blend of data and storytelling that to date has sold more than 4 million copies in dozens of languages. Dubner and Levitt followed it with “Superfreakonomics” in 2009, and their third installment, “Think Like a Freak,” will be published May 13.

Dubner recently chatted with Digiday about why new media isn’t so different from old after all. Excerpts:

How has digital changed how you promote the Freakonomics brand?
Economist Robert Gordon got a lot of attention for arguing that the digital revolution has been mind-blowing in some ways, but in terms of actually changing the thrust and shape of our economy, it’s been kind of “meh.” As fun as it can be, it is mostly a refinement on stuff we already had. I think the same way about media in the digital age. The kind of stories that resonate have not changed very much. That said, the means of amplifying stories has changed a lot, and almost entirely for the better. The great irony is that the digital age was going to kill reading and writing, when in fact everyone is now a writer.

That’s the exact kind of counterintuitive thinking I’d expect from a “Freakonomics” author.
[Laughs.] The truly weirdest thing — aside from the fact that people still buy and read books — is that the podcast is only possible because of the digital revolution. Apple and a few others built this free distribution architecture that allows me to publish anything I want to virtually anyone in the world who has any kind of device. Would I have even thought about starting a podcast if I had to build my own distribution channel? No way. So the free-riding that goes on in this space is enormous, and I’m a huge free rider.

Podcasting is interesting because it seems both fringe and popular.
It’s basically a huge niche. People making and consuming it think, “Why isn’t everyone swimming in this pool?” It’s efficient, there’s massive choice, it’s free for the most part. Then there’s the other 95 percent of the world that’s like, “What’s a podcast?” Once it becomes as easy to find a podcast as it is to find a radio dial in your car, I think that’s the point at which radio and podcasting becomes almost indistinguishable.

That mirrors the “depth over breadth” strategy some media companies are taking.
It’s an unbelievably interesting period with The Upshot, 538 and Vox. They represent a big change from the media landscape, but not really. It’s talented people who outgrew the place where they grew up, and they’re going to do their thing. If they succeed, it doesn’t mean the model is the success format. It might mean those people were going to succeed anywhere.

Those sites and others appear to have adopted a data-based approach to stories similar to yours.
I think our books helped make data-driven storytelling more palatable, but things were moving in that direction already. A lot of the people doing something similar now probably would’ve gotten there anyway.

You sound more excited about new media than some people who have been it as long as you have.
A market affords people who want stuff a way to get it. We’re living in this time where if you make or consume media, the riches are almost boundless. There will be winners and losers, people who complain, people who celebrate it, but that’s what a market is. It seems to be substantially better than other ones we’ve tried. I know a lot of people who no longer work in media who wish they did and that’s a drag, but I also know people who work in media who never thought they would, and that’s great.