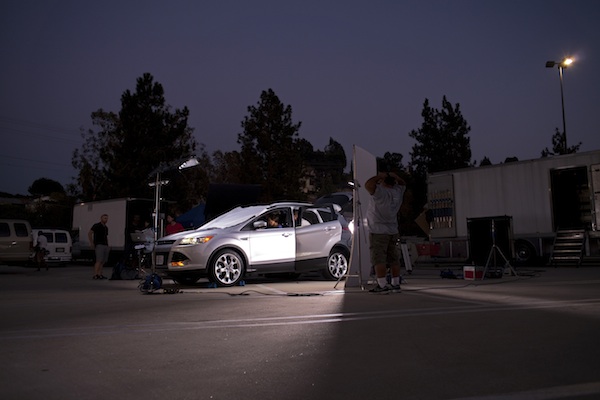 Ford has rolled out a campaign for its new Escape SUV, centering its digital strategy around a Web series.

Later this month, Ford debuts “Escape My Life,” an online comedy series starring standup comedian Natasha Leggero, actor Joe Lo Truglio, and the Escape itself. The show couples Hollywood wardrobe designer Skylar Browning, played by Leggero, who is in need of a new car and in turn receives an Escape, with Barry Gruber, played by Truglio, a product specialist who knows the ins and outs of the Escape.

“Instead of traditional online banner ads and feature-benefit commercials, the webisodes present the Escape in the context of everyday life,” said Brock Winger, digital marketing manager for Ford’s Escape. “Some people have advertising and brand blindness and we are hoping this is a way to break through and touch people with content they enjoy.”

“Escape My Life” will run for eight episodes and will be distributed via the Ford YouTube channel, as well as Hulu, AOL, MSN/Wonderwall, Glam Media, Tumblr, Facebook and other online outlets. Ford is also running video ads online to drive people to the series.

It’s the first time that Ford is going for such a content-heavy approach in its marketing, according Winger. He said that from a high level, Ford is attempting to create content that shows people the Escape in action, instead of telling them about the car. Advertising nowadays tells people about products and their features.

“This content is more about the consumer than it is about the Escape,” Winger said. “And the way we are distributing it, we are not forcing them to stop what they are doing online. We’re distributing it through digital properties where people already are.”