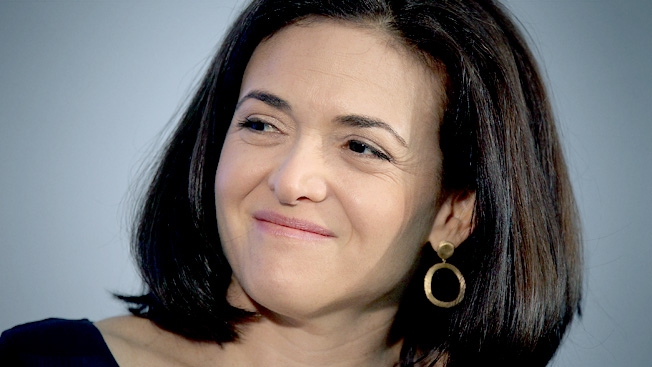 Facebook COO Sheryl Sandberg is undoubtetly a brilliant businesswoman and one of the more accoplished executives in the digital media space. That’s why, it was tough to believe some of her comments at Business Insider’s Ignition conference in New York on Friday.

First, when asked about her boss, Facebook founder Mark Zuckerberg’s tendency to live on the “edge” of privacy concerns, Sandberg was bold enough to claim that Zuckerberg is actually one of the greatest advocates of online privacy.

“One of the ways he is a visionary and one of the things he’s actually been a leader in is privacy,” Sandberg said. “What Facebook actually came up with, and was one of the first player to do at scale that I’m aware of is privacy you control… it was privacy, not just as a minimum for a product but as a feature…Mark deeply understood that if you want to have people share you have to give people control of their data. If you look at the history of Facebook, every single product we’ve ever single product we’ve rolled out, we’ve rolled out with a privacy control.”

Really? Controls that anyone understood or used? For anyone who’s followed Facebook closely, that’s a tough one to swallow.

Later, Sandberg was asked about the theory that Facebook is looking to build a massive ad network across the Web, using all of its various connections with Web publishers — like buttons, Facebook Connect integrations, etc. Sandberg claimed that while monetizing off Facebook “might be a good idea” it “hasn’t been a priority” in part due to “limited resources.” Limited resources? Couldn’t Facebook maybe hire some people for this project? Doesn’t the company have some cash coming in?

For now, Facebook has nothing but options, much like Google at the peak of its ascendancy. As long as that’s true, there will be a vibrant parlor game wondering which options it chooses to pursue first.