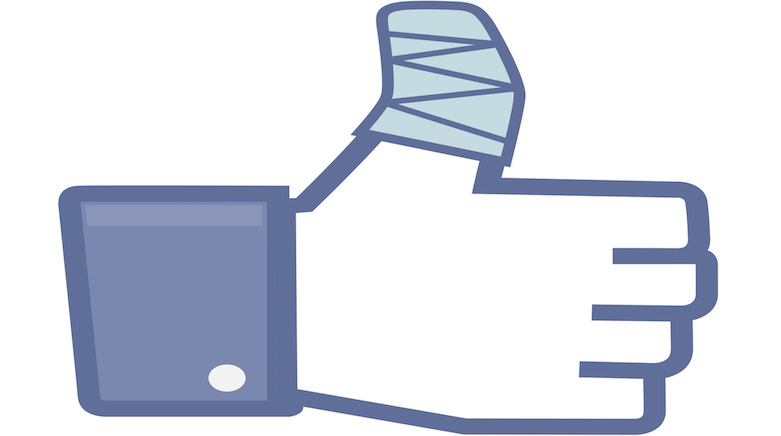 Facebook has apologized for what it has described as a “technical issue” that caused its ads to appear on news publisher websites without those publishers’ permission.

Last week, some users clicking on news articles within Facebook’s iOS app were served with “interstitial” ads as they viewed that publishers’ content within the app’s browser, featuring advertisements from other companies.

Interstitial ads are one of the formats offered on Facebook’s Audience Network — which allows Facebook advertisers to run ads on other third-party apps. However, one user found Facebook was also running these ads on publisher sites that are not signed up to the network.

“This was an issue that has now been resolved and we apologize for any inconvenience this may have caused,” the spokesperson continued.

The issue was caused by a coding error and does not represent any immediate plans to roll out a new ad product, according to Facebook, which said it was limited to iOS devices. The company didn’t say how long the error lasted or how many publishers or users were affected.

One such publisher was dr.dk, the website for the public-service Danish Broadcasting Corporation. Dr.dk runs no ads on its site at all as the corporation is funded by a media licence fee that is compulsory to pay for Danes who own a TV, radio, computer or smartphone or tablet with internet access.

Christian Loiborg, Danish Broadcasting Corporation strategic distribution editor, said the corporation was surprised to hear that users may have been served ads when visiting its website as it goes “to great lengths” to ensure its content is served ad-free in all third-party platforms.

“We are happy to see Facebook recognize the mistake and are happy that the issue has [been] fixed,” Loiborg said. “We are still very unhappy with the fact that users may have been served ads alongside any visits to dr.dk and have stressed the seriousness of this to Facebook. They have not been able to confirm how many users were affected by this.”

Ulrik Kristensen, a Facebook user who spotted the interstitial ads appearing on publisher sites last week, described the move as a “wrong step” from the technology company.

Facebook launched its Audience Network in 2014, allowing advertisers to use Facebook’s targeting data to buy ads within third-party apps and putting the company in more direct competition with the likes of Google’s AdMob and Twitter’s MoPub.

In 2016, Facebook expanded the network to include mobile websites, but shut down the web arm of the service in April this year. Late last month, Facebook warned its Facebook Audience Network publishers and developers that their revenue is likely to decrease as a result of the privacy changes Apple is making in its forthcoming iOS 14 update that will require users to give consent for apps to share their data with other companies and websites.

Apple said earlier this month that it will delay the rollout of the permission feature until early next year to give developers time to adjust.