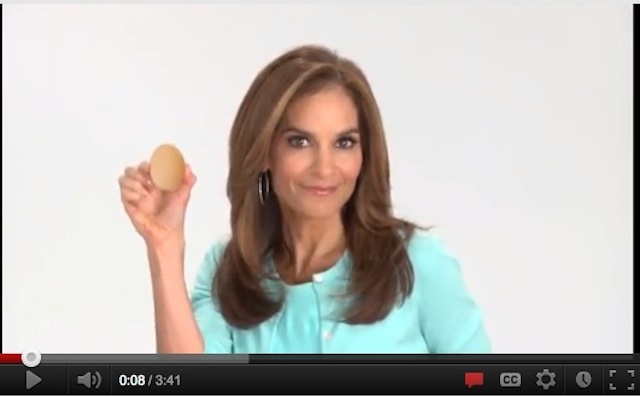 At a time when most Web publishers fear commoditization, the health category stands out. Top properties like WebMD, Healthination and Everyday Health command strong ad premiums.

The company was founded in 2002 by Ben Wolin and Mike Keriakos in their Brooklyn kitchen to not only inform those looking for health information, but to inspire people to lead better, healthier lives. They believed that information can be delivered better online; not just encyclopedic information (like disease information), but also information from other patients, doctors and health care providers to help manage your condition or make better decisions. Buoyed by a 2008 $300 million merger with Steve Case’s Revolution Health, Everyday Health decided its future lay beyond only the Web.

“The realization we came to was digital is important to health care decisions, but to be the biggest health media company in the world, we need to be everywhere,” said Wolin. That still happens to be in magazines, print and video. It’s important to not put all your eggs in one basket.”

Everyday Health has 25 Web health and lifestyle properties, including the eponymous site, Care Pages, PDRHealth.com, What To Expect, and trainer Jillian Michaels’s site. Everyday Health says it reaches 35 million people across all of its platforms — Internet, TV, mobile. According to ComScore, it reached 28 million in February, up 17 percent from the same month a year earlier.

It is complementing this core with a multimedia strategy that includes the weekly ABC show (hosted by Laila Ali, Ethan Zohn and Jenna Morasca) and its YouTube channel, which stars health celebrities Jillian Michaels, Joy Bauer and Dr. Laura Berman. Everyday Health TV already has 15 hours of original content up and plans to produce 90 minutes of new content each week.

Launched in early April, the Everyday Health YouTube channel already has more than 1 million views and almost 8,000 subscribers. Plus, the health site has a whopping 23 mobile apps that have been downloaded more than 7.5 million times, all developed in-house.

“It became clear that we needed to be multiplatform,” said Wolin. “Intellectually we always knew that. When we started to see we can have the most impact and drive the most positive health outcomes, we can’t just do only that in the medium we’re in.”

The company had worked with offline brands in video and understood the power video and TV could bring. And now, as it moves beyond the Web, it also pushes brands to think strategically while working across multiplatforms.

“They’ve been very aggressive in determining how to bring new media and emphasizing content,” said Luke Kigel, director of digital innovation at Universal McCann. “They’re looking into the future, which is smart. While it remains to be seen, their approach is 100 percent right as they’re early into devices and apps and working on a content engine, which is smart.”

Some of Everyday Health’s competitors, like WebMD or Healthination, have explored other platforms. WebMD has a magazine in what seems like every doctor’s office in the country. Healthination has been involved in the video scene for years. Everyday Health’s move is seen as being where the people are. Comscore says that 140 million people in the U.S. visit health sites each month and

“Advertisers are looking for an engaged audience and it’s clear video is an engaging way to deliver content,” Klein said.

Most importantly for marketers, Everyday Health sits on a treasure trove of data from its roughly 40 million people who have registered with the site over the last decade. Throw in the eight million subscribers across the company’s 30 newsletters and marketers have deep insights at their disposal.

Everyday Health can command premium rates (they declined to discuss specific CPM rates, except to say they “are competitive with other publishers in the lifestyle and pharma space) because of the data it owns.

The company has a long standing policy of not using ad networks; all ads are sold through its in-house sales staff and can command premium pricing (any space not sold, and the company admits it does happen, goes to promote one of the many Everyday Health portfolio sites).

“For highly targeted inventory, it’s more premium,” said Kiegel. “But it’s not priced out of the marketplace by any stretch.”

“People who use our sites come back multiple times a week,” said Wolin. “People use our mobile apps 20 times a month. It’s habitual. If you’re a marketer and looking to influence an outcome you want to market to those to make a decision.”

Part of the secret of Everyday Health’s success might lie in the fact that it doesn’t rely on banners. In fact, just half of the company’s ad business comes from display, according to Wolin. The rest is via integrated campaigns or some kind of sponsorship — examples include custom video or microsites that are all integrated into the site — and is a growing portion of its business.

“It takes more than a text or banner ad to make the case, as marketers need more real estate,” he said. “How does a product work, what are its side effects? You need space and then when you think about our talent like Jillian and others on YouTube and you want those people to be involved, you want to do it in areas and in ways people are excited about. Health allows that. If you want to integrate talent and brands into the content, it’s more compelling to do in a way that’s deep into the content.”