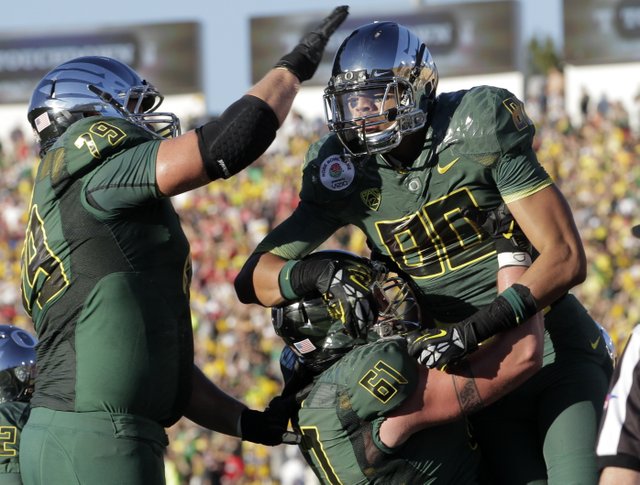 Close to 350,000 people watched the Rose Bowl on the Web, according to figures released by ESPN. The audience for the wild, high-scoring game, in which the University of Oregon beat the University of Wisconsin, reached 347,000 viewers on ESPN3, an increase of 46 percent versus last year.

There’s no word on how many of those viewers had grabbed their iPads to catch the game while their wives watched “The Bachelor,” but it’s likely at least a few turned to the Watch ESPN app to avoid such a marital conflict. Fans are quickly growing accustomed to streaming live sports on the Web. Just a few months ago CBS Sports drew 171,648 unique viewers to its Web cast of the highly anticipated matchup between Louisiana State University and the University of Alabama on a Saturday night. And on Monday, besides the Rose Bowl ESPN3 attracted 291,000 unique viewers to the Tostitos Fiesta Bowl, a surge of 88 percent versus 2011. And next month, of course, NBC will stream the Super Bowl for the first time — for those few couch potatoes who can’t make it home for the biggest game of the year.