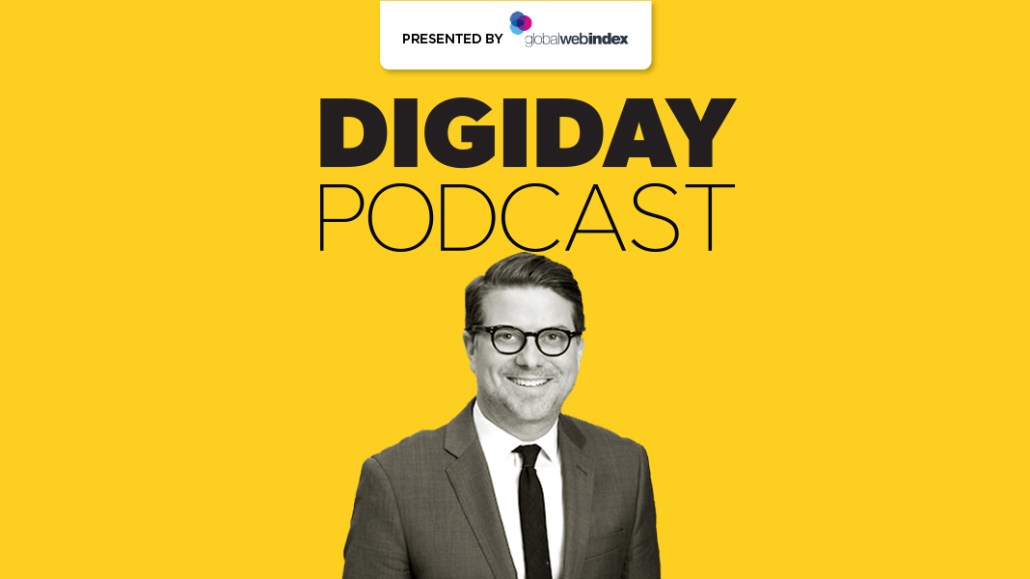 The prickly relationship between news publishers and tech platforms appears to be improving. Look no further than recent moves by both Apple and Facebook to pay publishers directly.

“We are seeing better commercial opportunity coming from the [social media] platforms than we ever have,” said Josh Stinchcomb, CRO of  The Wall Street Journal and Barron’s Group. “We’ve done a couple of big deals this year with platforms and I think the general environment is one where they are valuing — or they’re being forced to value — quality journalism and recognize they have to pay for it in some way.”

Stinchcomb joined the Digiday Podcast to discuss the company’s digital ads business as a whole (“growing, absolutely growing”), the importance of its events division and how to convince advertisers that news and brand safety go together.

Growth on all fronts
“Admittedly, I think the Journal and the brands have been a little sleepy on the digital ad front, but the actual underlying resources that we have, the data that we have, is digital advertising gold. And I think this has been the year where we’ve finally put the focus and the investment to create really interesting, differentiated digital ad products and we’re seeing record growth as a result.”

When brand safety goes wrong
“The current approach of these exhaustive, blacklisted keywords is a fairly blunt instrument. It’s looking to mitigate risk across the whole open web, and I think that particularly hurts quality publishers with fact-based journalism, with audiences that trust that journalism. And what you’re going to end up with is brands trying to be brand-safe but just, in the end, being ‘brand boring,’ because they’re going to be against this sort of vanilla lifestyle content that couldn’t possibly address even the edge of a topic that might be controversial. I don’t think that’s good for them, either.”

On how contextual advertising could make a comeback
“Audience targeting doesn’t take into account, in many instances, context. And I think that creates some of the brand safety issues we’ve seen: people just chasing audiences, forgetting about anything else. I think there’s a rationalization around ‘well, I might be thinking I’m getting a person that I want, but where did I find them and what’s the context of it? The second and probably bigger change is going to be the inability to establish identity at scale across the open web, as we enter a world with fewer cookies and more restrictions on third-party data. So people are going to look for, in my mind, one of two things: one, publishers who have significant amounts of first-party data and can establish some kind of identity on their platforms. The other way to address this coming cookie-apocalypse, as it were, is to look for proxies for audience targeting, which is contextual targeting — back to where the web started, to some degree.”