5 things we learned at the Digiday Publishing Summit in Barcelona 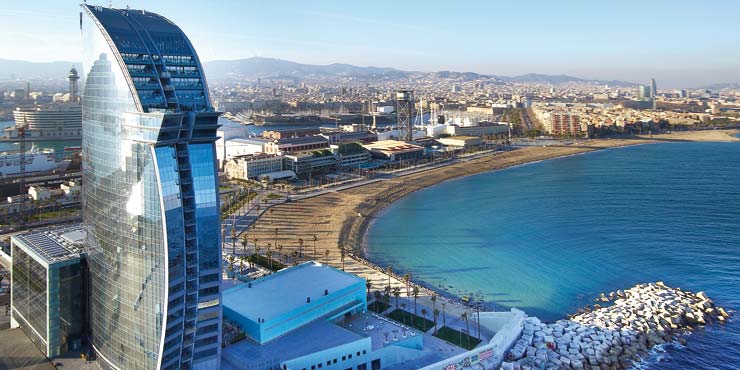 The biggest players in online publishing converged in Barcelona this week at Digiday’s first ever European Publishing Summit to discuss the future of the media industry. Executives from BuzzFeed, Forbes, The Huffington Post, Hearst Magazines, The New York Times and others are on hand to share case studies from their recent experiments embracing digital.

Here are five main themes that emerged over the course of three days of one-on-one discussions and publisher presentations (and, OK, a little time spent on the beach):

Programmatic is rising up the food chain
The sheer number of panels devoted to the topic is testament alone to the fact that programmatic is at the front of publishers’ minds. That’s not to say there’s consensus around it: One rep from the Globe and Mail’s newsroom called programmatic “a fad.” True or not, programmatic isn’t going anywhere for at least a little while. There are a lot of fingers in the programmatic pie, a lot of technology being developed. That doesn’t mean there’s an industrywide expertise around it yet — and programmatic’s importance varies from publisher to publisher. One statistic that popped up in multiple presentations is that just 23 percent of CMOs understand programmatic advertising enough to use it in campaigns, according to a Wall Street Journal report. Still, Audra Martin, vp of advertising at the Economist Group, gave a compelling case study. When deployed well, programmatic can allow for premium efficiency at scale.

Display is not dead
Industry watchers love to declare the death of display. But display’s sustained viability is another refrain that kept coming up. Still, it is a diminished piece of a larger pie — it’s hardly the whole ballgame, as programmatic’s ascendance highlighted. Haymarket Consumer Media managing director David Prasher emphasized this when he said that publishers need to work harder to make the same amount of money. In a one-on-one discussion with Digiday editor-in-chief Brian Morrissey, Prasher said that for publishers, getting by is much a game of pennies as it is dollars (actually, he used pence and pounds in his example, but the point is the same). One panelist summed it up succinctly when he said, “It’s not going to be all native and programmatic.”

Journalists are being tapped to make ads
The church-state divide has become increasingly less sacrosanct — especially as native advertising continues to play its own role in the ecosystem. Again, there is a spectrum, and some publishers are more comfortable than others with recruiting from the newsroom to help make ends meet. At one end of the spectrum, Pete Wootton, managing director of Dennis Interactive, mentioned that his reporters are being asked to use their expertise to help create ads. Same at Hearst U.K., according to digital sales director Stephen Edwards. At the other end of the spectrum, the New York Times and the Globe and Mail have drawn a harder line in the sand. Each publication stressed they have separate teams from the newsroom creating native, and clearly labeling the ads as such is of the utmost importance. “Make sure it doesn’t fool the reader,” said one attendee.

Native is continuing to evolve
That said, native is hardly going anywhere. In a series of brief interviews with the business sides of the Huffington Post, BuzzFeed, the Economist Group and others, it became clear that publishers are trying new ways to make native work for them. One common theme: native may be all the rage, but it doesn’t make sense to dive into native advertising just for the sake of ticking a box. “If it’s too much, it becomes pollution,” said Digital Spy editor David Moynihan. “What you then start to look at is really major native partnerships that aren’t just a single article on a single page, but part of a long-term partnership around a really interesting content theme or franchise.”

Content is still king
Even all the way across the pond, the internal newsroom innovation memo that leaked from the New York Times struck a deep chord with publishers. Few organizations create content quite as well as the Times, so the fact that the seismic shifts in the industry has been painful to them only serves to highlight that publishing is having a bit of a Wild West moment. That said, without content, there’s nothing to monetize. Bloggers and YouTubers with follower counts in the millions “don’t have a mobile strategy,” Mike Goldsmith, head of of mobile content strategy for Future, said, adding, they just do it because they can and they make money.