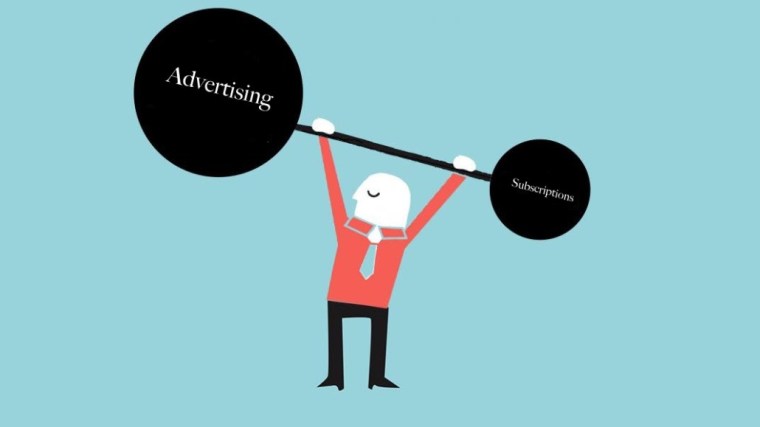 Crisis is nothing new to the media business. Even before the pandemic, the industry was dealing with declining ad revenue, Google’s cookie timebomb, and the longtail of other big existential questions about its future.

The virus, however, is a particularly dangerous kind of crisis for the industry. Despite companies becoming increasingly diversified, COVID-19 is hitting all of those businesses equally. Not only have brands scaled back their revenue, but many have also scaled back their affiliate commissions, hurting publishers’ commerce businesses. Then there’s social distancing, which has forced publishers to cancel their in-person events in favor of digital equivalents.

State of the industry

It’s, as they say, a perfect storm.

Fortunately, with that storm comes some green shoots. While COVID-19 has challenged all parts of the media business, it’s also acted as a forcing function for the industry. Many have been forced to get creative. They’re moving faster, thinking longer-term, and coming up with creative, new ways to serve client needs. The virus may be bad for the industry in the short-term, but it may make publishers far stronger and more resilient in the long run.

Digiday’s Deep Dive: European Publishing is a collection of videos, presenter slides and a guide of key takeaways produced by our editors from the Digiday Publishing Summit Europe Live that provides valuable tips and key insights so you’re prepared for what’s to come in publishing.

01
In the coronavirus era, readership is up, brand spend is down

The last few months have been marked by contrasts. With the world in lockdown, publishers are seeing more interest from readers, but more mixed interest from advertisers.

‘Still dreadful, but trending in the right direction’: Digital ad spend began recovering in May

Digiday Research: Coronavirus-related keyword blocking is a problem for 43% of all publishers

02
The crisis has become a catalyst for creativity

Just as COVID-19 is giving people the time to cook and garden, it’s also given publishers the opportunity to experiment, plan, and serve clients in new ways.

The Bottom Line: There’s a premium on agility in 2020, and that’s unlikely to change anytime soon. “We need to recognize we will not have a clear picture of things for some time, but setting your teams up and making people comfortable with flexibility and some degree of uncertainty is going to make you that much stronger on the other side,” Robins said.

Revenue diversification has always been important, and crises like COVID-19 prove why. According to Digiday Research from May, 85% of publishers expected to see declines in ad revenue, which is bad news for any company that relies heavily on it. Put another way: Publishers looking for a way out of this crisis aren’t going to find it through advertising. Where will they find it? For many, through commerce.

The Bottom Line: As publishers continue to see payoffs from their investment in commerce, their efforts are evolving beyond just affiliate programs.

How Meredith is investing in tech to connect ads to sales

As the third-party cookie heads for the exit, publishers and brands are desperate to develop its replacement. Fortunately, there are signs that the first-party data movement is picking up steam. The Telegraph, for instance, announced during the Digiday Publishing Summit Europe that it’s ceased using third-party data for targeting, and will instead rely on its first-party data.

The Bottom Line: While the first-party data shift seems to be going well at the Telegraph and The New York Times, buy-side challenges remain. With many advertisers still making sense of the shift away from third-party data, elsewhere “struggle is all there is,” according to one event attendee. “Unless you have a tried and true dataset that’s large and well-known advertisers won’t take a risk on it.”

05
How leaders can manage out of a crisis

These are challenging times for leadership at media companies. With employees being tested both professionally and personally, leaders increasingly need to help their teams make sense of the crisis and lead them through it.

The Bottom Line: A smooth sea never made a skilled sailor. Leaders should take Franklin D. Roosevelt’s quote to heart as they navigate the 2020’s choppy seas.

“There is definitely some apprehension on our side and we’re very much not counting on there being long-lasting change. We’d loved to be proven wrong, but at the same time having looked at people’s pattern of behavior over time, we wouldn’t be surprised if things don’t really change in the long run.

Black Ballad, a subscription-first site for black women, has seen its numbers grow in the wake of the surging Black Lives Matter movement following the police killing of George Floyd. In April, it’s subscribers climbed 100% year-over-year, and it’s fielded interest from brands looking to align themselves with its message. But there’s also some trepidation over how long the interest will last.

“Clients today are less likely to want to chit chat. Even though we seemingly have more time than ever because we’re not commuting and many of us are staying home, it still feels as if our days are full. When you book time with a client, it really has to mean something.”

COVID-19 has changed all parts of how sales teams work, including how they relate to clients. With clients strapped for time and resources, time is scarce, and publishers need to justify every second of the day they take up.

We’re turning flexibly from a fear word into an opportunity word. When our clients come to us saying they want to be flexible, they’re reacting to the need for flexibility from consumers as consumers dodge and weave and try to figure everything out. We’re trying to be the best possible partners in that context.

“When you’ve got virtual space, you don’t have physical limitations, there’s no end to what you can do provided you have the customer interest.”

COVID-19 has made life very challenging for publishers who run events businesses, but it’s opened up new opportunities as well. With virtual events comes the potential for a wide variety of “long tail events” that publishers wouldn’t have the time or resources to run physically.