David Plotz is leaving as Atlas Obscura pivots to ‘experiences’ 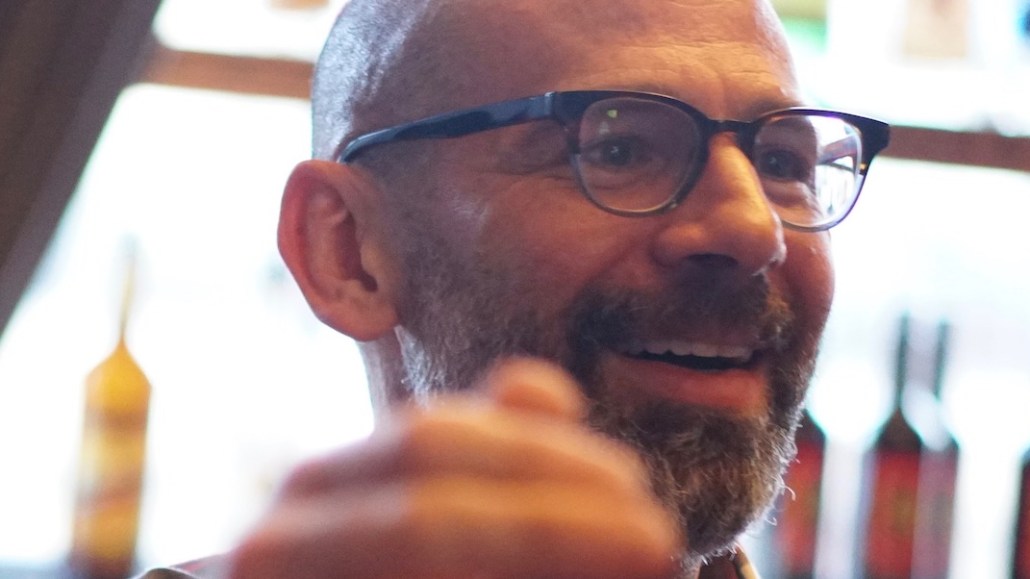 Atlas Obscura is a media company in the midst of a transition as it embraces connecting people with real-life experiences.

The most immediate result is the impending departure of CEO David Plotz, who announced he would step down, in a letter to readers that doubles as an advertisement for new CEO applicants. He was originally hired as CEO in 2014, five years after the company was founded, but will remain with the company until a new CEO is hired.

Plotz’s departure is a reflection of Atlas Obscura’s evolution toward becoming an actual travel business, and not just a media company. In September, $35-billion travel company, Airbnb, led the latest $20-million Series B funding round for Atlas Obscura. As part of the investment, Atlas Obscura’s own experiences will be promoted on Airbnb’s channels, with Airbnb taking a commission.

“Atlas Obscura has had this tremendous opportunity ahead of it to build an amazing experiences and trips business and while it’s something I could certainly learn how to do, and I could certainly master the business skills, I don’t have the skills to scale up a big travel and experiences business,” Plotz said. “There are wonderful people out there who do have those skills and can come in here and take that opportunity we’ve set ourselves up for, and really help Atlas succeed. I think there’s a better CEO for the company we are now than I am now today.”

Atlas Obscura started in 2009 as a plucky digital media upstart looking to find its place in a crowded travel media landscape and an ad market dominated by Facebook and Google.

Along the way, it collected a passionate following that was willing to move from inspiration to action, and its local events and activities are now its core business. Last year, Atlas Obscura hosted some 450 domestic experiences; five years ago, that number was just 150. With Airbnb’s help, the company intends to scale its experiences globally.

Airbnb, which plans to go public next year, initially approached Atlas Obscura, said Plotz. The partnership just seemed like a “very natural combination” for both parties. Like Atlas Obscura, Airbnb’s tours and activities focus on unique experiences from locals, and it offers more than 40,000 experiences in more than 1,000 cities, having started with just 500 in 2016.

With its relatively small audience, Atlas Obscura has looked for ways other than ads to make money. It published two books, with a third slated for next year. In March, the company announced a deal with Nutopia and Brad Pitt’s Plan B Entertainment to develop a new docuseries, fulfilling a pivot to video that’s been at least two years in the making.

“We now believe ourselves as an experiences company that’s powered by media,” Plotz said. “The books, the TV shows, the advertising revenue, the brand partnerships—it’s all valuable to us. And at the same time where we see the biggest opportunity for us will be in the experiences and trips.”

Other travel media companies such as Fathom and AFAR have also invested in selling experiences, whether by hosting events, affiliate marketing partnerships or partnering with travel agencies to provide concierge services.

“If you’re a consumer-facing travel or food media brand, you earn trust because you have such good judgment about where people should travel or where they should eat. It makes perfect sense to no longer just be the suggester but to provide it, too,” Plotz said

For Airbnb, the benefit of partnering with Atlas Obscura is adding more quality, on-brand experiences and diversifying its revenue so it isn’t completely dependent on its short-term rental business, which is facing regulatory challenges in a number of cities.

Experiences are not yet a significant source of revenue for Airbnb. Last year, The Information reported Experiences generated approximately $15 million during the first three quarters of 2018, and this year, the company expects to generate up to $5 billion in total revenue, driven primarily from its core accommodations business.

In recent years, travel companies like Airbnb and its peers have made content a primary focus. In 2016, Airbnb debuted its own magazine with Hearst and earlier this year, it announced an investment in original programming. Last year, TripAdvisor reconfigured its site to be more like a Facebook feed. Marriott, the world’s largest hotel company, has its own branded content studio.

“These platforms recognize they need to give users inspiration and give them some sort of emotional connection to the places they’re going to and the experiences they are going to have,” Plotz said. “You need to also have what the media provides: the story, which is warmth, which is heart, which is humor.”

As for Plotz, he will remain with the company until a new CEO is hired, and he plans to continue working with Atlas Obscura in an advisory role and as an Experiences host.