How a Childless Creative Director Came to Write Children’s Books 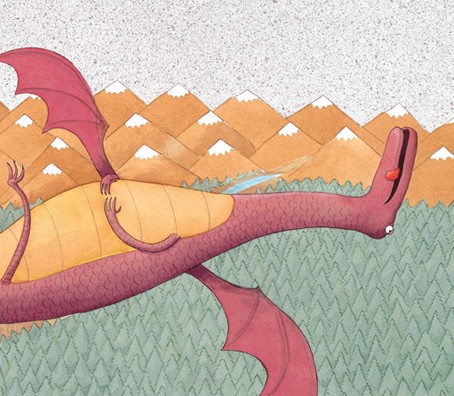 Agencies are often good at putting themselves in other people’s shoes. After all, that’s how Brooklyn hipster types can make ad campaigns that target Wal-Mart-shopping moms. This ability can translate to other areas. Take Adam Rubin, a 29-year-old creative director at New York-based digital agency Firstborn and successful children’s book author. Rubin does not have any children. He spoke to Digiday about writing for kids and the similarities between being a picture book author and working at an agency. You can follow Rubin @rubingo.

Why did you get into advertising?
I always liked the prospect of getting paid to think of cool ideas, so I gravitated towards advertising and writing throughout college. I actually wound up getting a BFA in Advertising Design even though I’m more of a words guy than a pictures guy.

How in the world did you get into writing children’s books, and how long have you been writing them?
I became a picture-book author by accident. A college friend introduced me to a young illustrator named Daniel Salmieri. We spoke one time over the phone, I sent him a story on a whim, he drew two sketches, lucked into a meeting with an editor, and she offered us both contracts. It really was that ludicrously easy. Our first book, “Those Darn Squirrels,” was published in 2008. We wound up getting a lot of great reviews and even won some fancy awards. The acclaim helped us get more books going, and now we’ve published four, with several more in the works.

OK, but as a single, childless male, why children’s books?
Well, I always liked cartoons as a kid like “Looney Tunes,” “Ren and Stimpy,”  “The Simpsons,” and non-animated stuff too; I was huge into “The Far Side” and “Calvin and Hobbes.” I had most “Simpsons” episodes and Far Side comics memorized. I even drew my own comic strip for the school paper called “Cluck Ups.” I think animation and comics appeal to me because they are such a pure expression of imagination. Even now, I watch “Sponge Bob and Adventure Time” and am amazed at how creative they are. There is also a subversive element that appeals to me. In fact, before I started writing “Those Darn Squirrels,” I was working on an X-rated comedy show at the Annoyance Theater called “Dr. Amazing: Your Country Needs You.” It was named the “Best thing to do in Chicago while high” by Time Out Magazine. So, despite my mantle as a children’s author, my sensibilities are not exactly G-rated. But when I found myself with the opportunity to work with this young, incredibly talented guy who wanted to be a picture-book illustrator, I knew I had to write something in that genre. I went to the library and read a bunch of picture books to re-familiarize myself with the medium. There were a few books I liked, but most were saccharine, didactic or just plain boring. I decided to just write something I thought was funny. Daniel agreed, so did the editor and so did a few awards show judges. Now, oddly, I’m a children’s author. It wasn’t something I planned on, or even something that makes much sense still to this day, but somehow it works. Truthfully, I slipped on a lucky penny into a patch of four-leaf clovers, and now people are asking me what makes a good picture book. Life is weird.

Your latest release is another book in your “Darn Squirrels” series, and your book “Dragons Love Tacos” is a best seller. Where do you get your ideas for the books?
“Those Darn Squirrels” was inspired by my father’s attempts to prevent the squirrels in our backyard from devouring all the food in the bird feeders. Apparently, this is a common problem and people have really embraced the whole “Darn Squirrels” series. “Dragons Love Tacos” is really a meditation on man’s struggle for emotional intimacy in a digital age. Very few children pick up on this, however.

What, if any, relation is there between the work you do in the advertising world and writing children’s books?
The thing that I like most about writing picture books is collaborating with Daniel. Working with someone who shares your sensibilities but brings a totally different set of skills and perspective to the project is always a pleasure. In that way, making picture books is a lot like advertising. Ideally, the creative process is a collaboration between people from multiple disciplines and various backgrounds who come together to make something great that none of them could have accomplished in isolation.

Do you plan on continuing to write them?
As long as I can find enough hours in the day, I’d love to continue writing on the side. Seeing my books on the shelf fills me with pride, and I take great satisfaction in making people laugh.