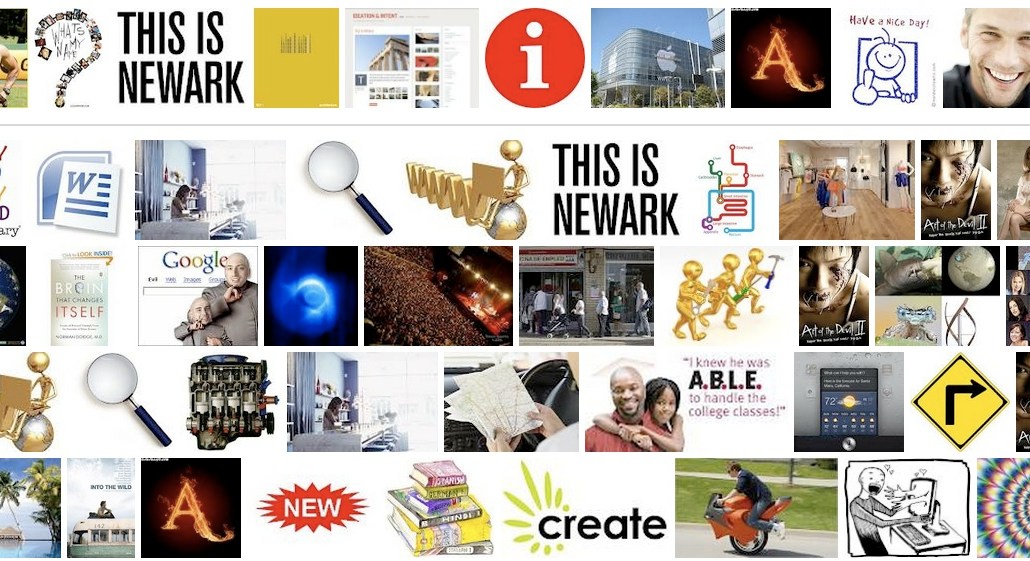 This is Side Hustle, a Digiday series that highlights fun, innovative, charitable or otherwise noteworthy passion projects of agency creatives, outside of the workplace.

Santiago Luna Lupo is a copywriter from Argentina. After working at the independent ad agency La Comunidad for six years in Buenos Aires and then Miami, Lupo moved to New York last February to start working as a senior copywriter at TVP. Luna managed to find some spare time to start a fun side project, The Image Language, a word-to-image dictionary of sorts. Lupo took time with Digiday to talk about the project, the relationship between images and language, and the effects of the Web on language.

Tell me about your side project “The Image Language”: Why did you start it, and what gave you the idea for it?
I have always thought that side projects are important, especially working in advertising where we spend a lot of hours working on projects that never have the chance to see the light of day. So it’s a way to do stuff that you love, without trying to please anyone but yourself. For example, I have been writing little stories on napkins for six years and turned that into a project Little Paper Stories. The Image Language is another example of doing something you love, even if you don’t have the time.

Now that advertising is more and more focused on interactive and digital ideas, I decided I would focus my personal work on that. I knew I wanted to do something related to Google, and after some failed attempts, this one worked out. A year ago I was in the waiting room to renew my driver’s license in Miami, staring for two hours at a huge sign with information about the license, when the idea came into my mind: What if I replace the words of that sign with the first image Google shows? I grabbed my iPhone, and I started to see what came up when I searched for some of the words on the sign. Then with Mihail Alexandrov (my former partner at La Comunidad), who is an art director, we spent many weekends developing the whole idea. We needed a programmer so we called Nicolás Morell who helped us make it happen. I also think that all the people we had the chance to talk to about this project helped to make it grow — for example, my friend Matias Asencio, who is a planner at Ponce Buenos Aires and Gustavo Lauría, who was our creative director at La Comunidad and is my current boss now at TVP and all our friends who contributed with their ideas and support.

What is the importance of the relationship between words and images?
Huge. It’s basic for the development of the human being. Language is essential for everyone to communicate, to interact with each other and explain an idea. The visual language is getting more and more important in every aspect of our lives. That’s why I guess The Image Language went viral and people are having fun with it.

The Internet is very much about images and visuals. Do you think the value of language has changed because of this?
There is something amazing that even with so many languages around the world and the possibilities that the Internet gave us to connect with people from thousands of miles away, we still try to protect our own language. I was reading the other day a post on Orsai from Hernán Casciari, a writer who in 2004 created a blog that was chosen as the best in the world by the German channel Deutsche Welle. Someone asked him why he was punctuating his text as they do in Argentina instead of doing it in a more global way so everyone could understand what he was saying. I don’t remember his exact answer, but he said something like, he does it because that way he respects the language, and if he is writing for Argentineans he was going to do it for them or if his text had some inside jokes that only someone from Spain would understand it he would do so, because that’s the beauty of the language. It is nice that The Image Language works in every language, so the same word in Russian won’t mean the same image in French, for example.

Have you observed anything interesting about the images that come from Google Image Search in the way that it interprets words?
When we started with this project some people told us, “But wait, if each word is represented by the first image that appears on Google Image Search, it doesn’t make sense — why don’t you pick the best image that represents that word and create phrases with sense?” And always, our answer was, that’s the beauty of this experiment, because you may like it or not, but that is the first image that Google shows and you can’t control it. It’s a live organism that changes and grows daily. So today you can search something that is going to be completely different tomorrow or even 10 years from now, and the results will always be surprising, sometimes shocking and often stupid. Just take a look at some of the searches people did and saved on the gallery.

What about social media and its influence on language? How do you feel about social media as a means of communication, as a new kind of language?
I think the social media is not about the influence on language or a kind of new language, but the way it can helps a message reach any people in any language. I’m not saying anything new here — everyone knows the power of social media as a tool to reach people and places in ways we couldn’t imagine 10 years ago. That’s the only explanation for how three guys creating a personal project could reach more than 20,000 people from 123 countries in five days.

See below from The Image Language for a video of Adele’s “Someone Like You” with the words of the song represented  by the first image that Google Image Search showed.