At Complex, video is everyone’s job 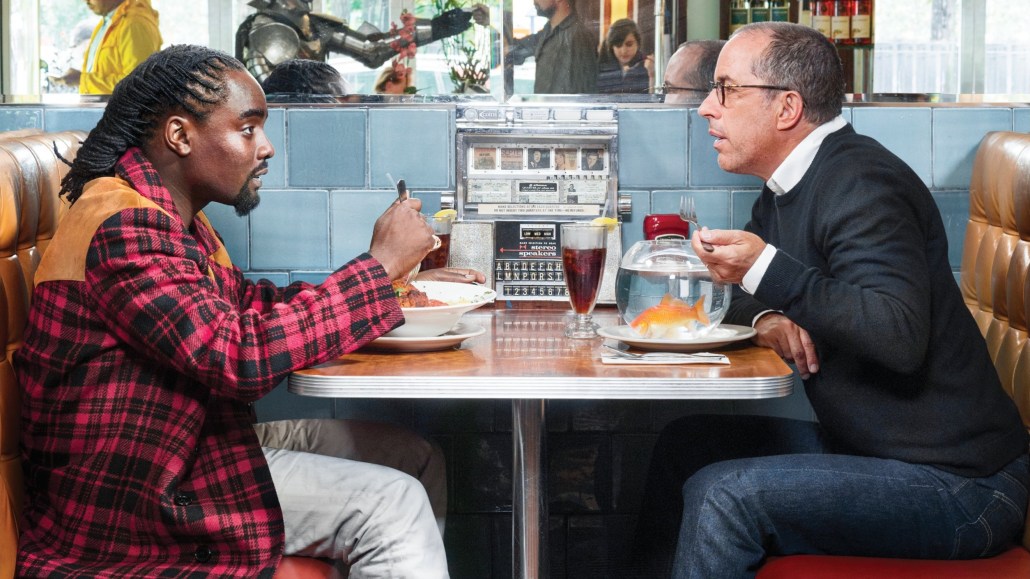 If you have seen skateboard legend Tony Hawk ride a hoverboard — a real one — direct your thanks to Complex founder Marc Ecko.

In March 2014, Hawk pranked the Internet with the HUVr videos, a Funny or Die hoax that showed the star skateboarder riding a hoverboard. It turned out to be a fake product, so the Internet grumbled and moved on. Then eight months later, Complex filmed Hawk riding the Hendo Hover, the first real, functional hoverboard prototype. That video now has close to 11 million views on YouTube alone.

Producing those culturally relevant videos is now a company-wide priority for Complex, whether that means pairing rapper Wale with comedian Jerry Seinfeld to chat about haters or showing people reacting to porn on the Oculus Rift (a video that has amassed more than 3 million YouTube views over the past nine days). There’s slightly more serious fare, too, such as “Magnum Opus,” a video series in which musicians and producers discuss their seminal work or breakout moment. The most recent episode featured 50 Cent and Eminem talking about their collaboration on “Patiently Waiting,” a track from 50’s debut album “Get Rich or Die Tryin’.”

“Our audience is into visual media,” said Marc Ecko, founder and chief brand officer at Complex. “Right now, video is the best way to serve that.”

The Complex team made a big video push in late 2013 and early 2014, launching Complex News, which produces around 20 videos a day, and building up its roster of weekly or monthly shows. There are 19 series today. They come from the five content verticals inside Complex — music, style, pop culture, sports and sneakers — which each create their own video content. There are few dedicated video staffers at Complex: Most writers are also tasked with producing, shooting and editing video, while video experts, in turn, write articles for the site and magazine.

“We gave writers the challenge of taking the best practices they do so well in text, image, and social and applying that to video,” said Ecko. “We’ve got to learn Mr. Miyagi-style.”

That seems to be working well for Complex, which has substantially grown its video viewership over the past year, according to data from analytics firm comScore. In January 2014, Complex attracted 3.9 million unique video viewers on U.S. desktops across its network of sites, which includes Tony Hawk’s RIDE Channel and Collider. By December, Complex grew that audience to more than 6 million uniques across the network, with over 3.6 million unique viewers on Complex.com alone, according to comScore.

Complex also launched its own multichannel network late last year, inviting select video creators to take advantage of its production resources, sales force and brand name in return for a share of their ad revenues. It has 44 partner channels so far, but it intends to scale that business carefully, working with creators who fit the Complex brand — hip-hop, skate and sneaker culture — not just anyone with a big following.

“We would never bastardize our brand,” said Moksha Fitzgibbons, chief revenue officer at Complex. “Maker [Studios] or Fullscreen, they don’t have a brand. They’re just a service.”

But it is likely the large millennial male audience of Complex’s entire network, not the core Complex brand, that appeals most to Complex’s advertisers. Mountain Dew runs a sponsored site in the Complex network called Green Label, while another major advertiser, McDonald’s, sponsors Complex’s “Magnum Opus” series. Complex has also worked with Beats By Dre, Jaguar, Bacardi and adidas, among other advertisers.

“Especially for the male demographic, you’ve got a lot of premium inventory if you want to reach men in scale, primarily around sports,” said Lesley Pinckney, vp of digital at Walton Isaacson. “What Complex provides is a mid-tier solution that has scale, reach and a lot of different tools in its arsenal. Brands that are struggling with content can go there and have a one-stop shop. For a lot of the mid-tier advertisers who aren’t spending millions, that’s a very attractive proposition.”

“If you’re in the video distribution business now, it should be indiscriminate where your content lives,” said Ecko. “But at the end of the day, our job is to make great stuff. That’s how you differentiate: in voice.”