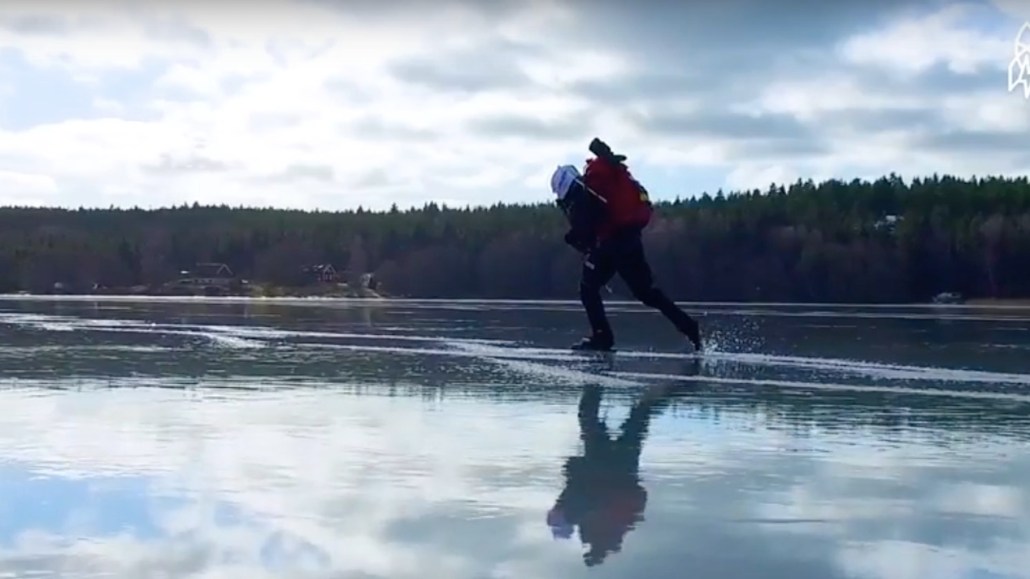 Great Big Story planted its flag firmly in Swedish soil last week. The social video network and independent CNN subsidiary has taken the wrapper off a Swedish Great Big Story homepage and a dozen locally translated videos, including ones about an artist who paints with light, an 80-year-old bodybuilder and a sand-dune skier. It has also released two videos produced in the Nordic region.

The Nordics were an obvious choice for Great Big Story’s first physical presence outside the U.S. Great Big Story already has an audience of 3 million across Denmark, Finland, Iceland, Norway and Sweden, according to the company. This audience has tuned into Great Big Story’s short-form videos, which focus on stories around cultural history, perseverance or achievement and inspiration. The company said it was seeing completion rates upward of 70 percent across Nordic audiences, which is comparable to the levels of engagement it sees in its U.S. audience.

Great Big Story Nordics has 12 people in Stockholm who have spent the last six months working with the global Great Big Story team to decide which of the 1,100 videos Great Big Story has already produced should be translated for Nordics, taking into account how well they have performed internationally. “We considered the setting, the characters, how they relate to the emotion of viewers, and spent time identifying stories that would resonate with a Nordic audience,” said Sofia Lundberg, director of product, Great Big Story Nordics.

One of the dozen videos that was an obvious choice to translate was about a couple who have lived in a floating house on Vancouver Island for the last 24 years. “It was very suitable; a lot of people in the Nordics have sustainability top of mind and they’re interested in alternative lifestyles,” said Lundberg. Released nine months ago with English subtitles, the 2.5-minute video has had 1.6 million views on YouTube. It’s being distributed on Expressen’s site, too.

Of the two locally produced videos, one is about ice skating as a way of traveling when the water freezes around Stockholm’s archipelagos. The other is the first of a four-part series sponsored by Umeå kommun, the municipality for the city of Umeå in northern Sweden, which follows a man who makes cider out of the ice. Lundberg said the goal of this series is to highlight local entrepreneurs and characters to encourage residents to stay in the area.

“The challenge is learning how to pitch the stories to brands,” she said, adding that brands in the Nordics are fairly comfortable with branded content. “The content speaks for itself, but we’re learning how to present it to brands so they partner with us.”

The videos aren’t just about local places. “Like fans around the world, we see cases where people interact with stories about faraway places,” said Lundberg. “Everyone seems fascinated with exotic food markets.” However, she points out that stories on more traditional regional food dishes, like mac and cheese, for instance, wouldn’t be easy for audiences in the Nordics to relate to.

Great Big Story has built a U.S. team of 40 producers and four in London. It plans to add four more by year-end, taking its global head count to 60. Worldwide, the company releases between 12 and 15 videos a week across its own site and social platforms, but it said it’s too early to separate how many of those are from the Nordics team. Offices in other locations aren’t in the plans at the moment, although starting this fall Great Big Cuentos will release stories for Hispanic audiences globally.

According to executive producer Courtney Coupe, success isn’t creating more videos a week, but growing the audience. “If we have a video of poison fish that does really well, I’m not going to say, ‘Let’s make 20 more poison fish videos,’” said Coupe, who’s part of the Great Big Story New York team. “The main element is that it’s a surprising story and it drives emotion.”