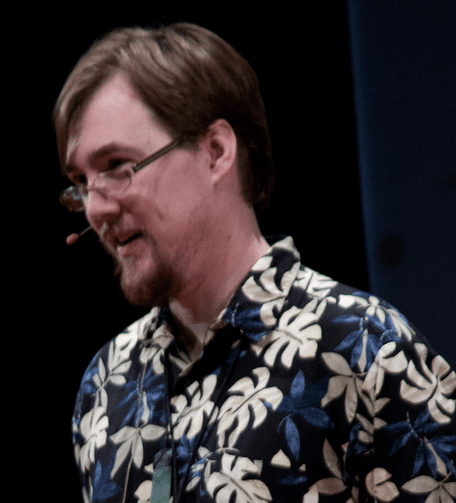 Rob Malda isn’t a household name in journalism circles. He is in tech circles, where Cmdr Taco held sway as the founder of Slahdot, the pioneering tech news site. In a telling shift, Malda is moving to The Washington Post, where he recently signed on to be chief strategist and editor at large at WaPo Labs, the digital team experimenting with emerging technologies. WaPo Labs is one of a handful of R&D teams housed at larger media companies, signifying how traditional outlets are adapting to the digital age. Malda, who is a self-professed Who fanatic, spoke to Digiday about whether media companies can innovate in technology and what lessons a traditional media company can learn from a Web company.

Should media companies view themselves in the tech business?
Well, first and foremost, a media company is a media company. They make media. Be that television, journalism, entertainment or whatever. And media is technology; else it’s theater. A guy standing in a room talking is not media, but once you print it out, put it on TV or the Internet, that is technology. I look at it from a lot of angles: a media company needs technology to make media. Films need video cameras. Photographers need cameras. Writers need typewriters and 38 cups of coffee (if it’s early). Second is distribution, a media company must use technology to distribute. Be that printers or routers, it’s all tech. Finally, I see a sort of new element here: the aggregation. There is a seemingly limitless volume of information out there. Systems need to exist to collect and curate this. Google lives by its algorithm, Facebook by their social graph. And the traditional newsroom has human curation. I think that the blending of these elements is the next generation of technology. Routing Packets is easy. Figuring out what which words your mom wants to read is hard.

What do you see as difficult changes traditional publications are facing?
Paper is expensive and slow. Now I certainly am not screaming that print is dead, but it’s easy to see a universe with Kindles and iPads being more environmentally responsible (to say nothing of instantaneous delivery). But the challenge for most traditional media is to take the quality “media” they created — print, video, whatever — and figure out how to translate that to a universe that demands more speed, more engagement, etc. We also see that in this modern era anyone can contribute on some scale, from Facebook or Twitter to blogs. So, traditional publications must figure out how to fit in to this new space. Because they still are creating value. They have reputation. They do real work to produce quality words and share important ideas. We all just need to figure out how to do that in a way that works effectively within today’s expectation of speed, community, engagement, etc.

What lessons can traditional outlets take from media companies like Slashdot?
With Slashdot I always attempted to speak with a voice from my heart. But I also tried to give the users a place to be a part of the discussion, so the users had a similar opportunity. The traditional media needs to learn how to share the load with the users, so we can all find answers together. We all want quality reporting done. As a society, we need it done. But I’d like to see us experiment with working together. Let the users’ voices be heard alongside the journalists. Let the journalists speak directly to the users. Slashdot is in symbiosis with its users. We worked to create a unified voice for the site, but let the community guide us all along. Communities can be fast, but noisy. … Traditional print is more refined but slower. The best solution is in the middle somewhere.

What is WaPo Labs working on in the social sphere?
Their most successful platform right now is Social Reader, currently a Facebook App, but it’s also available as an iPhone app. The idea for SR was to take a group of partners who create content, to plug it into Facebook’s Social Graph, and make it easier to share content with your friends. SR was built on something called Trove, which I think is even more powerful: It’s a large scale content aggregation and classification system. That platform will power a number of experiments to let users build and share stuff with each other. Both systems are trying to give you a customized and interesting chunk of stuff to read each day. The labs team wants to experiment here, and that’s the stuff that gets me excited.

Do you get a newspaper now? Do you expect people to still buy print newspapers in five years?
I subscribe to a handful of print magazines, but I read all of my news digitally. I see people buying tons more newspapers; they will just increasingly be buying them in digital formats. I’m looking forward to working with the labs team to figure out what those newspapers will look like, so that I will have the ability to see the words that the Washington Post newsroom will put in them.