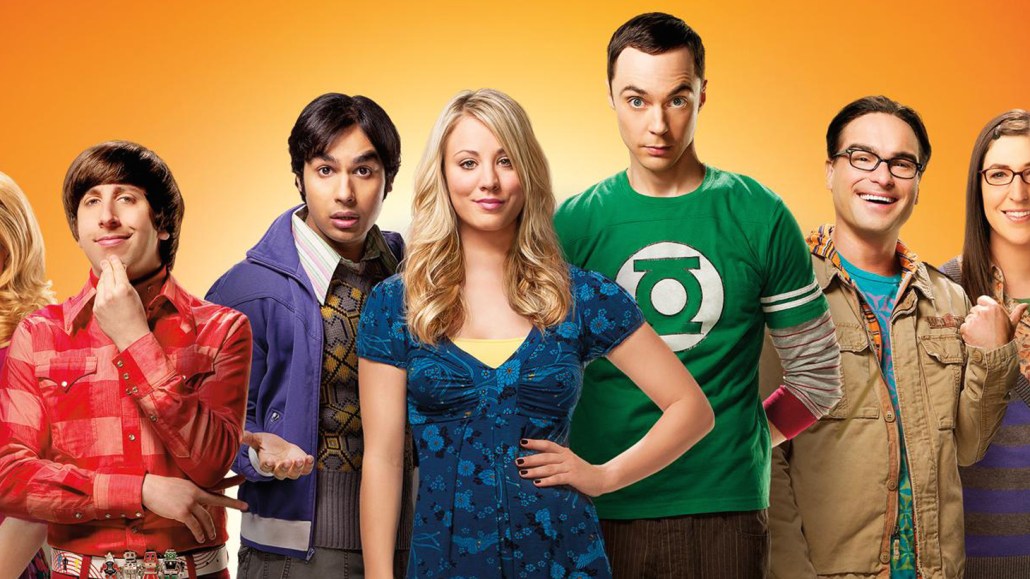 The traditional cable bundle has begun to burst.

On Thursday, CBS unveiled and launched a new video-streaming service, “CBS All Access,” mere hours after HBO announced plans for its own standalone Web offering. For $6 a month, the CBS service enables subscribers to stream live CBS stations (across 14 launch markets) or watch CBS programming like “The Big Bang Theory” on demand.

Despite the price of admission, CBS will still serve ads during “current” series, though the service includes 5,000 ad-free episodes of “Classics” like “Star Trek” and “CSI: Miami.” The network’s most popular programming, however — National Football League games — will not be available on the service for the foreseeable future.

Digiday spoke with CBS Interactive evp Marc DeBevoise to learn more about the network’s strategy and aspirations for All Access. Excerpts:

Why are people going to pay to watch ads?
I don’t think ads will be a barrier to adoption. Hulu [Plus] also has advertising, so there’s a mix out there in the marketplace. Our classic content will be ad-free, while current and past seasons of content are going to have ads.

But this is a narrower slice of content than Hulu, which also offers some CBS content. What makes CBS All Access stand out?
If you think about Hulu, they have a similar-sized audience and deliver more content. But the wrinkle we add is putting live TV into the mix. This is for the superfan of CBS. We think it’s those people that really care about CBS who will convert into subscribers.

What sort of subscriber numbers are you expecting out of the gate? What does a successful launch look like?
There is going to be a meaningful audience for the product, but we don’t have any hard subscriber targets. Obviously, it’s a subset of the 20 to 30 million people looking at our content on the Web for free. I couldn’t tell you on day one whether that’s 1 percent, 2 percent or 5 percent. We’re just looking to convert as many of those superfans as we can.

What does this service mean for the future of the television bundle?
We think of All Access as complementary to that bundle. The value that’s provided in the large TV package is in no way matched by what’s provided here. We happen to be the No. 1 network, but that doesn’t mean there isn’t more value added by bundling channels together.

Does HBO’s move help the case for CBS All Access? How do the two compare?
It’s interesting timing, but clearly HBO doesn’t have a standalone product ready yet. We have been planning this for a long time. As a premium service not carried to all subscribers, HBO is looking more at how do you gain those folks who aren’t subscribers. We are looking for folks who are subscribing to cable and are also looking for a premium experience. We’re both targeting the cord-nevers, but that’s a limited set of people overall.

Unlike HBO, which is widely understood to be a premium, paid channel, CBS content is usually perceived as free, even if consumers are actually paying for it. Do you think that misconception could prove a barrier to adoption of the paid service, and how are you tackling that?
Our content is still available if you have an antennae. Our content on CBS.com is still trailing five episodes of primetime shows for free. We’re not stopping any of that existing access that has already been there; we’re just providing additional content or access [with this service]. I don’t see any difficulty with users understanding there are more or better things available if they pay.

Why not just stream the content right after it airs, like HBO does with, say, “Game of Thrones”? Why wait a day and then still run ads?
We do the day-after model on purpose. We obviously want the live linear portion of our business to continue and we want lead-ins to the next program. We also have to deal with both the East and West Coast. We want our programming to premiere in each territory at its appropriate hour.

How do CBS’s television ad rates compare to the Web?
When we sell full episode inventory online, our ad rates don’t vary greatly between the two platforms. We can sometimes do additional targeting online or on mobile, so we are able to charge premium rates, but it’s predominantly sold the way TV is sold, other than the way that it’s served into the content.

Why is NFL content excluded now, and when should we expect that to change, if ever?
The majority of our sports content is in there, other than the NFL. There are certain large events that are not yet cleared but are already free in other places, like March Madness or the Masters. The NFL is the big piece that’s excluded and we’re talking with them about what the opportunity might be to put them in the service. There’s no timeline yet.

How will All Access affect your content licensing business? Will you be more hesitant to license a show to Hulu or Netflix, for example?
It really does depend on a show-by-show basis. We control the content, so we can decide if it goes on our platform or theirs. We think our licensing business with all those TV and online providers will continue to be an important part of our business, one that’s not competitive with All Access.

Moving forward, how are you looking to grow the All Access subscriber base?
It’s really about making the service available everywhere people want to watch it. You’ll see some partnerships in the connected TV space in the coming months; we’re really pushing for the product to be available on those platforms. I think it’s going to progress really well as we roll it out beyond our site and mobile apps.