Case Study: How BDG grew its TikTok channel as one of the first ‘serious’ publishers on the app 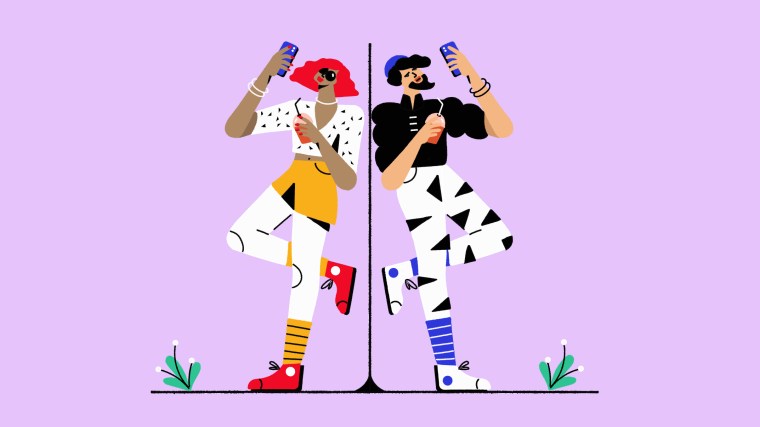 The world looks different than it did a year ago.

As brands work through their identities in this “new normal,” BDG (formerly Bustle Digital Group) shared findings of its success in using TikTok, a channel that saw a swath of committed, loyal users as lockdown orders persisted amid the Covid-19 pandemic.

The publisher used that popularity to its advantage, working with brands on dozens of content deals to reach its nearly 17 million followers across its main brand pages.

“I do see us as the publisher who took the platform the most seriously and invested the most time and energy in building audiences there and now we’re reaping the benefits,” said Wesley Bonner, vp marketing and business development, BDG.

Near its one-year anniversary of launching its brand channels across TikTok, Bonner shared more about the company’s strategy at a Digiday U event on May 12 that explored how brands found enough success in experimental channels to make it part of their permanent strategies.

Brands approached BDG with a slew of questions about TikTok. It served as a light bulb moment for BDG, which prides itself on being on top of publishing trends. BDG leaders realized they weren’t “quite comfortable answering their questions,” Bonner said.

“TikTok was always on our radar,” Bonner said, pointing to the success creators and other brands had on the platform. The trouble came down to finding the right way to communicate (and reach) audiences there — both from a publisher perspective and as a way for its advertisers to reach audiences.

It did take “bravery” for BDG to take an initial interest in the platform, noted Robbie Levin, manager media partnerships, TikTok, who appeared at the event in conversation with Bonner. Levin said publishers should give it a few months to a year to find their audiences on the platform and credited over 1,000 publisher accounts with seeing the opportunity.

“When we talk to publishers about the platform, we try to make sure that they know first and foremost that there’s a place for them and their communities on TikTok. Bustle’s success is indicative of this,” Levin said.

“We encourage publishers to seek out their fans on TIkTok as well as their future fans and they can do that by really understanding the platform,” Levin said. “We like to think our platform provides them the creative tools to do that.”

TikTok’s team of “growth strategists” will work with publishers when they first join the platform to provide support, from technical to troubleshooting, to help assist in that publisher’s foray into TikTok.

BDG relied on engagement on the platform to inform its strategy. “Engagement really is the feedback loop,” Bonner said. “They like it or they don’t.”

Unlike other social platforms, though, in which you can analyze engagement to determine how it performed in as soon as 30 minutes, TikTok videos can sometimes go viral months after they’re posted. “It really is a long-term game in terms of the content engagement,” Bonner said.

It’s led the publisher to think differently about the themes audiences want to see on TikTok and has shaped how the company approaches video shoots. The team walks away, say, from a celebrity interview with a piece of video specifically for TikTok.

The TikTok strategy also meant a lot of experimentation for BDG — and listening to creators — which Bonner described as a “great way to tiptoe into the platform.” If a publisher doesn’t work with the creator outright for in-feed content, it could still serve as a good opportunity to consult with them and hear their expertise on how to use the channel.

“Creators are the most experienced people in using the platform on a day-to-day basis,” Bonner said, adding that BDG works with a team of creators who advise the company’s TikTok strategy — from the technical standpoint of making videos to finding trends on the platform’s algorithm.

“That way it feels very native to the platform and feels very comfortable with your brand,” Bonner said.

BDG meets monthly with its TikTok creator team to brainstorm around key tentpole events, like New York Fashion Week — which led to pieces like “what I would’ve worn” at the fashion show or a video summarizing an editor’s favorite moments from the (virtual) event.

For publishers that might be intimidated by getting on the platform, Bonner said it’s important for them to find their niche. BDG’s nine brands, as an example, span coverage areas from entertainment to beauty to science, themes that are translated into their respective TikTok channels.

“The followers can really understand the identity and what they’re going to get from your page from a follow or an engagement,” Bonner said. Another piece of advice for publishers: be consistent.

“It is a little daunting to take on the project, but at the same time, working out a plan that really allows you to consistently create content in a way that is either affordable for you or comfortable for you and doubling down on trying as many things as possible,” Bonner said.

Trends move quickly on TikTok so branded content opportunities might want to prioritize having “an evergreen quality” that should be connected to “the ethos of the brand,” Levin said. He suggested that publishers pull together an editorial calendar in terms of the type of content they plan on rolling out across feeds.

“Really think more about what makes your channel unique — not about what’s trending on TikTok at that moment,” Levin suggested.

BDG has used its branded content for educational purposes or is service-oriented. For example, the publisher could work with a brand like Sephora on tutorial videos where a creator showed how to make a smoky eye.

There are a any number of communities on the platform, Bonner said. It’s not all viral dancing videos, in other words.

“Spend a little time with the platform as a user,” Bonner said. “A year ago I thought, ‘we’re not going to be dancing’ so therefore I don’t know if we have a fit and that was such a naive way of thinking.”

TikTok is looking to scale up and further connect with its network of publishers, with resources that have so far included a weekly newsletter and a creator portal full of best practices and content strategies.

“We want to make sure we have events and workshops and panels so [publishers are] getting to know us and becoming familiar with what we have to offer,” Levin said.

Both from an organic and paid perspective, Levin said the visual app lends itself to entertain viewers. “It’s really important that they see something that’s intriguing or visually stunning,” he added.

Publishers can also use their TikTok feeds to inform coverage elsewhere. BDG, for example, profiled popular TikTok star Addison Rae. “TikTok is a microcosm of culture. You see trends or creators growing on TikTok and that’s an indicator of interest on other platforms or culture in general,” Levin said.