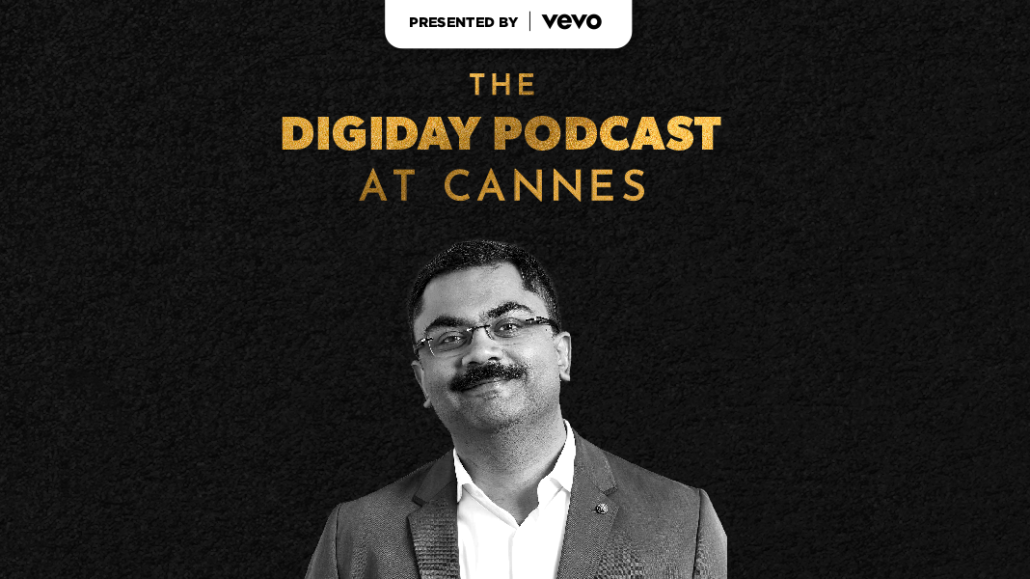 The Cannes Lions Festival of Creativity is well underway, as the crowds along the Croisette clearly indicate. But a lot of the action, and heady conversations, are also taking place in the suites and conference rooms of the big hotels that dot the main boulevard of Cannes — not to mention in the yachts parked in the Vielle Port alongside the Palais where Cannes content and awards are taking place.

I was fortunate to have one of those conversations with Arun Kumar, chief data & marketing technology officer for IPG, who’s also CEO of IPG’s marketing intelligence engine Kinesso, who was my guest on the latest installment of the Digiday Podcast. He’s essentially the principal data architect for the entire holding company.

Kumar is an outspoken defender of marketers’ right to gather data on consumers in ethical ways and is a big believer that now is the moment for marketers, agencies and ad-tech companies to speak up before further privacy legislation is crafted that could limit or hamper the ability to understand consumer patterns. His concern is that legislators will craft rules promoted mostly by privacy advocates without input from the industry.

“As an industry, we’ve let ourselves down by not being present at the table,” said Kumar, who thinks there should be national standards for privacy rules. “What the marketing industry has done is stood up, and basically put its head over the parapet, got itself shot at, and not done anything to disabuse anyone of those notions [of abuse of data]… We’ve now conflated cookies with privacy.”

As an industry, we’ve let ourselves down by not being present at the table.
Arun Kumar, chief data and marketing technology officer, IPG

If only the marketing world had devised some sort of Hippocratic oath at the outset of the digital era, the industry wouldn’t have come under the degree of scrutiny it is getting from legislators. He looked to the medical world as an example to be emulated, where all doctors are held to the fundamental ethical base of doing no harm, which influences all their actions.

“One of the places we should look forward to is medicine,” said Kumar. “No matter where you go in medicine, no matter what you discover, there are certain ethics surrounding it, which come from the principles [the Hippocratic oath]. We as an industry… have not aligned on what those principles are, we’re asking ill-prepared legislators and bureaucrats to solve the problem, and the reality is when you step into the metaverse or other places… there is going to be more data exhaust that comes out of that.”

Look for my conversation with one more CEO in tomorrow’s Cannes podcast.