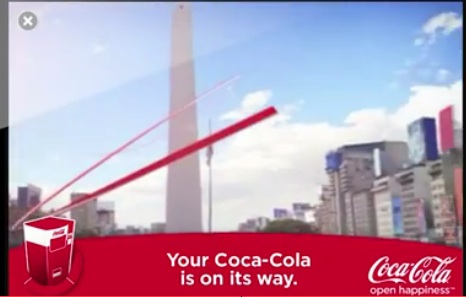 Facebook Freakout
Facebook exec Paul Adams began his talk on a rough note. About five minutes into the talk, after seemingly losing his place in his presentation, Adams abruptly left the stage, seemingly suffering from a serious bout of stage fright. His brief departure to collect himself was punctuated by a muttered “shit,” which elicited a typical Cannes ovation. Adams quickly returned to the stage to continue his presentation, apologizing for and joking about his “freakout.” — Brian Morrissey

Cannes Goes Social
After arguably dragging its feet for a few years, the ad industry has gotten fully into social media. Cannes is a reflection of that. Just a couple years ago, tweeting from Cannes was rare. Now, however, Cannes is copiously Facebooked, tweeted, Instagrammed, etc. There were over 15,000 social media mentions of the #canneslions hashtag on the first day of the festival, according to BuzzRadar, with 95 percent coming via Twitter. According to Twitter, this means there were as many tweets in one day this year as the entire week a year ago. — Brian Morrissey

Measuring Social Isn’t Essential for Coke
Social media has played a starring role at this year’s festival so far, alongside questions about the ability for brands and agencies to successfully analyze the success of their activity in the channel. But according to Joseph Tripodi, The Coca-Cola Company’s chief marketing and commercial officer, brands shouldn’t get too hung up on measuring social and instead have a little faith. Speaking at a press event yesterday Tripoldi said, “All marketers are concerned about how you value things like Facebook likes. We’re working through that as an industry, but I think we’re a year or two away from coming up with a concrete way to measure social. We take a long-term brand-building perspective with social; if we can get 40 million fans talking about our brand on Facebook, we think that’s a good thing for us. If we can’t measure it all, or tie it directly to sales then so be it.” — Jack Marshall

Tweet of the day: Madman on the Riviera
Stephen Goldblatt, partner and executive Creative Director of Evolution Bureau bumped into Don Draper himself, aka Jonn Hamm.