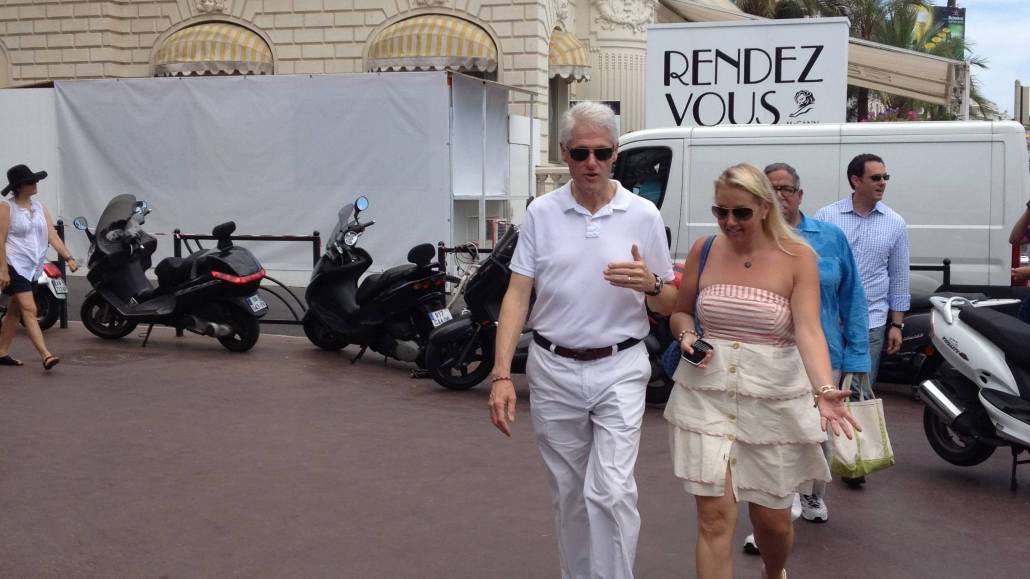 Cannes Diary: Bill Clinton Dazzles
Former president Bill Clinton brought a heaping of star power to Cannes with a talk that urged the creatives assembled to use their communication powers for good. “You know how to overcome people’s inherent resistance to hearing a set of facts,” he told a packed crowd. “The communicators will have a profound influence on how the next 20-30 years turn out.”

Clinton’s speech showed the range of his interests, touching at different points on everything from particle physics to the southern pine beetle to the human genome and Greek tax regimes. Clinton also named his favorite ads: TV spots for Directv, made by Grey New York.

Clinton’s appearance was made possible by Grupo ABC, a Brazilian ad holding company that’s celebrating its 10th anniversary. Clinton’s presence in Cannes turned heads, as he went for a casual afternoon stroll along the Croisette.

Are Clients Spoiling Cannes?
Usually agencies will go out of their way to spend face time with current and perspective clients, but surprisingly multiple agency delegates have bemoaned the fact that the number of brands present at the festival continues to grow each year. It’s shifting the focus away from the actual work, they suggest, and too far towards the business end of things.

Tweet of the Day
Vikram Somaya, vp of Global Operations and Audience at Thomson Reuters has a theory about the relative lack of Foursquare check-ins in Cannes this week:
@VikramSomaya: “Guilt about the sheer boondoggleness of Cannes re: low 4sq-age.” 21st June 2012.