Can SoundCloud Break Through? 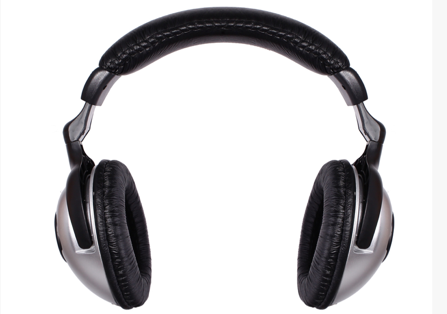 Many social platforms are initially greeted with skepticism. With Twitter, the common question was why we’d want to know what strangers had for lunch. With Instagram, the knock was that the novelty of easy photo filters would wear off. So it pays to, well, hear out the case for SoundCloud, a tool for sharing snippets of music, news reports or just everyday life.

The Berlin-based company, founded in 2008 by Alex Ljung and Eric Wahlforss, boasts 20 million users, from musicians as disparate as Snoop Dogg, Sigur Ros and Sir Paul McCartney to publishers like The New Yorker and Marketplace Radio. Comedians like John Oliver upload their podcasts, and independent journalists like Dan Patterson upload reports from the field. Everyday users upload sounds of their babies, cities, even pets.

After uploading an audio clip — whether using its iPhone or Android app, or through the site itself — users can comment throughout the clip, making the social aspect of listening to audio a major function of the platform. It integrates with the existing big fish of social: Twitter, Facebook, Tumblr and Foursquare.

“We’re trying to narrow the gap between discovery and engagement,” said Manolo Espinosa, head of audio at SoundCloud. “If you discover something others have shared, you don’t have to jump to another website, click on another thing. It’s right there. By narrowing that gap, we think it not only accelerates distribution but gets broader engagement because you can share right there.”

SoundCloud’s current business model — and these things can change pretty quickly — is reliant on subscriptions. It has multiple tiers, from free up to a $630 annual fee for all the bells and whistles for professional users. The service has raised $50 million.

For example, if CNN Radio is launching a new genre of content and it wants to have everything from workflow to performance to stability to ease of distribution across social media, it looks to SoundCloud.

“When it comes to brand partners, we’re experimenting,” said Mark Dewings, a former Ogilvy exec who is SoundCloud’s head of brand and marketing communications. “It’s been around introducing interesting things to the platform and, for brands, to introduce them to the platform.”

One such experiment was with Coca-Cola during the London Olympics. The soft drink company built a building that allowed visitors to play the building like an instrument by touching panels which had sounds baked into them. After walking through and getting a picture taken with the Olympic flame, there was a beatbox-style show where visitors were able to have a corresponding online experience or, as Dewings puts it, a memory that was based around a SoundCloud widget.

“It was good to take a real-life experience and translate it online with a widget that goes onto your Facebook timeline and experience it,” Dewings said.

The company doesn’t yet have a sales team, which is an obvious limiting factor. Though Espinosa and Dewings did say that agency buyers who are familiar with SoundCloud will start conversations with clients about the platform.

“It’s all very early days,” Dewings said. “Right now, it’s us building a series of examples and testing with brands like Coke. The key right now is to evaluate those opportunities if they help tell our story really well.”