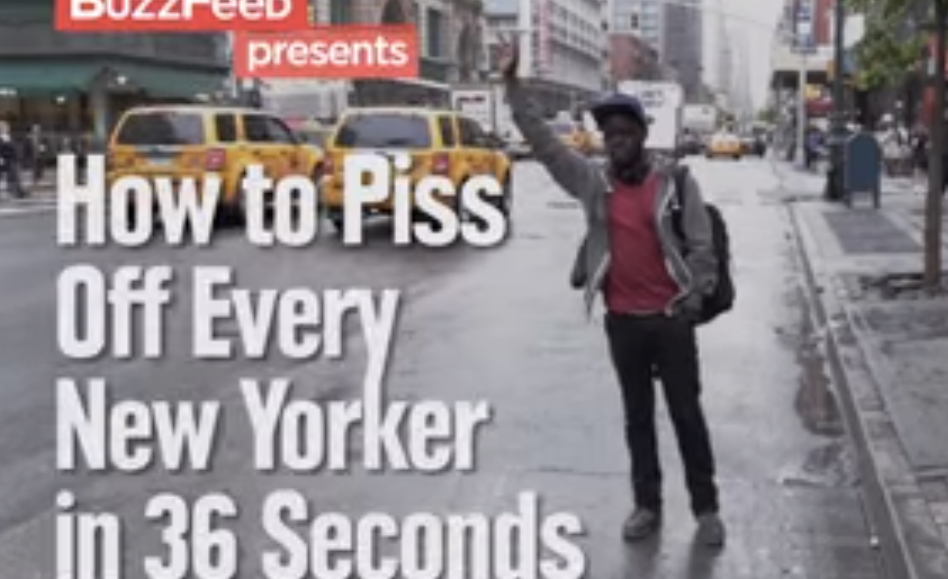 While BuzzFeed is well-known for its lists and quizzes, it has received less attention for its budding video operation, which has in fact become a huge part of its business since 2012. As a result, BuzzFeed finds itself in the unfamiliar position of facing the same challenge as stodgy old print publishers like The New York Times and the The Wall Street Journal at the NewFronts presentations this week: Explaining to the advertising world what its video pitch is, and why they should buy into it.

Here’s how the company explained its video operation during a crowded presentation on Monday.

BuzzFeed’s video output  is a genuinely entertaining mishmash of well-produced cat videos and serious content, all of which oozes virality and high production values. More interesting than the content itself, however, is all of the testing and experimentation that goes into creating it. BuzzFeed’s video thesis is the same as its approach to lists: By figuring out why people share certain videos, it can create videos that viewers can’t help but pass along.

“We are in the process of trying to uncover the landscape of these new social intentions that people have around media,” said Ze Frank, president of BuzzFeed video. “They’re using it for different purposes.” 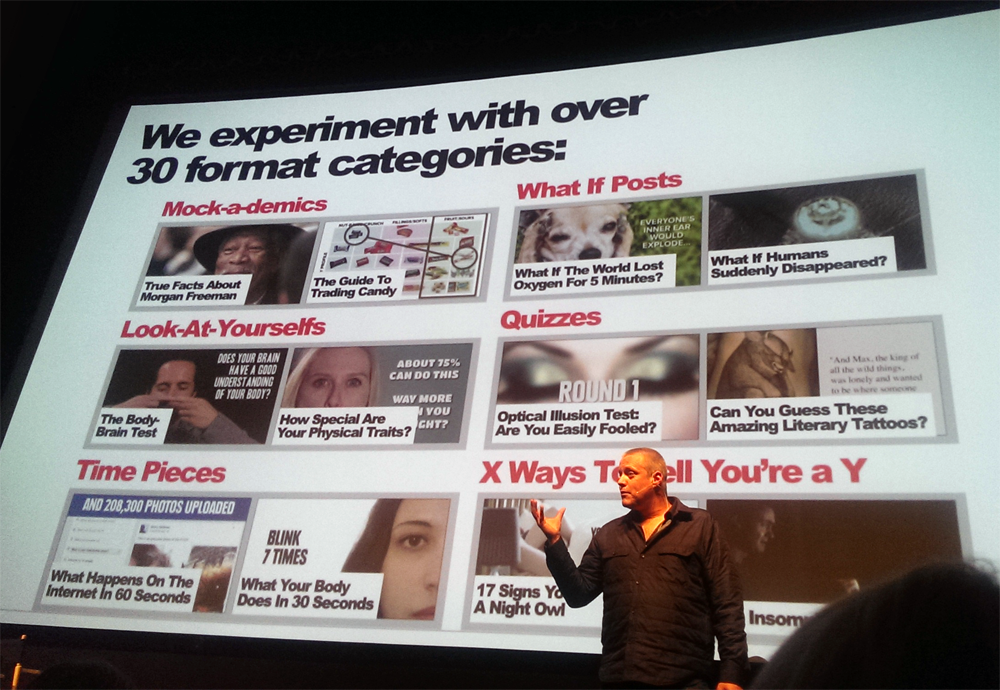 Ultimately, BuzzFeed’s pitch to advertisers is that the things it has learned about engineering social reach can be applied wholesale to its branded videos, which it’s already created on behalf of brands like Purina and General Electric. That’s an idea that resonates well with brands, many of which are looking for a way to reach their target demographics naturally and organically. And with humor.

Prospects for success
You may grow weary of BuzzFeed quizzes about whether you’re more Jaden Smith than Willow, but its hard to argue that their fare doesn’t get around. The site’s videos alone get over 75 million YouTube views per month, and have amassed over a billion views since late 2012. That’s in large part due to the fortuitous commingling of social and mobile, the latter of which accounts for more than half of BuzzFeed’s overall video views.

“Video is exploding for us, and this year video is going to be increasingly a bigger and bigger part of our business,” said BuzzFeed co-founder Jonah Peretti, who added that he expected views to BuzzFeed’s videos to become the most visited vertical on the site.

BuzzFeed’s presentation was surprisingly subdued. There was the expected themed swag, a few posters and stacks of boxed lunches, but the company didn’t trot out its reporters like The New York Times did. Nor did it try to wow the crowd with any big-name guests like other presenters will this week. Instead, it let the videos speak for themselves.

“The idea was less about sizzle and celebrities and really much more about explaining our approach and how we think about video,” said BuzzFeed video general Jonathan Perlman after the event. “It’s not just creative hipsters creating content.”

Notable quote
“People used to think that media companies on the Web were going to be small, low-cost operations that couldn’t do any of the things that traditional media has done,” said Peretti. “But what we’re seeing now is that is no longer the case.”

The Big Question
Considering how much of BuzzFeed’s content comes from drive-by social channels, does it really have an “audience?” Don’t touch that dial.