Why Brits get so excited about retailer John Lewis’ Christmas ads 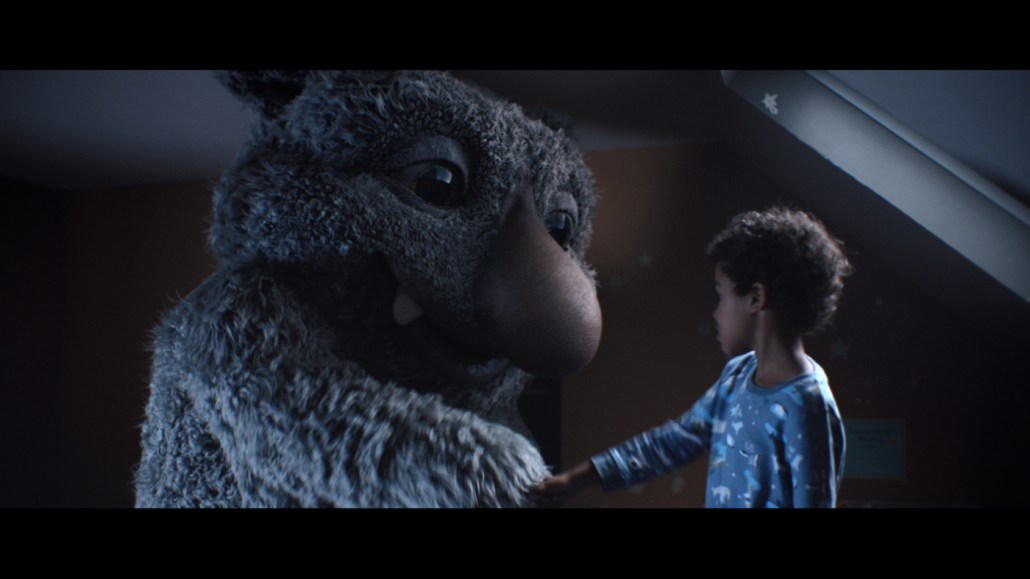 It’s that time of the year when Brits go nuts over the new John Lewis Christmas TV ad, and Americans wonder what John Lewis is. (It’s a big British retailer.)

This week the British press has been in a tizzy over the impending release of the traditional kickoff to the U.K. holiday season: an over-the-top ad for a retailer.

Just hours before the grand reveal of this year’s John Lewis Christmas ad this evening, the country’s biggest newspapers tried to out-scoop and out-sensationalize each other to a story that has been shrouded in more secrecy than Russia’s interference in the US election. The tabloids including the Daily Mirror and the Daily Express pounced on the news that some John Lewis stores had started selling a toy version of the ad’s cuddly monster character hours before the ad aired, a faux pas they claimed on the retailer’s part that ruined the much-hyped reveal.

Each year, anticipation for the ad, the identity of its director and its soundtrack reach new heights. Yet very little has changed since 2011, when John Lewis and agency Adam & Eve first went viral with the carefully blended mix of kids, animals and a soft remake of a pop classic that would make Brits weep with joy and leave Americans puzzled for several years.

In some ways, the John Lewis hysteria is off-brand. Cynical Brits aren’t meant to fall for lovelorn penguins and loyal snowmen. In fact, the schmaltzy John Lewis ads have more in common with the hope and chirpiness usually associated with Americans. It’s surprising, then, that the ad hasn’t translated well in the U.S.

For Brits, the ad is “anticipated, analyzed, reviewed, criticized, loved and discussed in so much detail that it’s so much more than an advert,”said Kieran Bass, the managing director at creative agency Kitty.

Just like the Brits have never fully grasped why Americans get excited for ads that air during a Super Bowl, the same thing can be said of the John Lewis campaign getting lost in translation.

Like the Super Bowl in the U.S., Christmas is the one time of year people want to watch ads in the U.K. The Christmas ad has become a form of entertainment, with people purposefully seeking them out, sharing their favorites with friends and even reviewing some as they would the latest blockbuster. John Lewis realized this quicker then most companies, bringing in psychologists, holding pre-briefings with journalists and partnering with charities to ensure it wins the Christmas advertising arms race.

It’s saying something if your teenage kids are waiting in anticipation for the John Lewis commercial, said Lee Hoddy, creative partner at Conran Design Group: The John Lewis TV ads are usually beautifully shot, with a high production value but more importantly they simply make us feel good, he continued.

This all might seem overkill, but the campaign works for John Lewis Last year, it reportedly dropped £7 million ($9.2 million) on the campaign and saw sales rise 36 percent year over year to £175 million ($231.1 million) in the seven days before Christmas, according to the company.

The ad’s impact extends far beyond the short term. Should the retailer’s latest ad fail to engage Brits in the same way as its predecessors, then it could unravel years of brand equity. In 2015, the retailer was able to offset its role in fueling the capitalist machine at Christmas with an ad that had a cultural relevance to it: The lonely man on the moon in the ad raised the plight of many old people at Christmas, even if it at the end of it he is more alone than ever.

Brits are happy to be manipulated by these ads if they’re also moved. Yet it’s getting harder to move them to the point where they visit stores, the retailer admitted earlier this year. Last year’s TV spot, the most viewed Christmas ad on YouTube, lifted shop sales by only 0.8 percent in the six weeks leading up to Dec. 31, according to John Lewis. 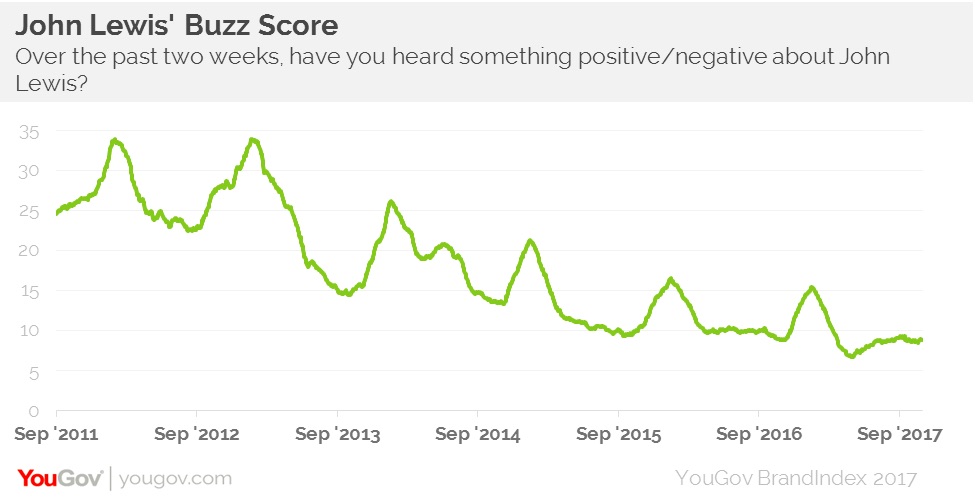 It seems like Brits are now more in love with the idea of a John Lewis ad than the actual ads themselves. The advertiser may “own” the Christmas ad conversation, but evidence suggests the public is starting to experience John Lewis campaign fatigue. The retailer’s Buzz score, a measure of whether someone has heard something positive or negative about a brand in the previous two weeks, has generally peaked at a level lower than the previous year since 2011, said Michael Stacey, director of YouGov’s BrandIndex.