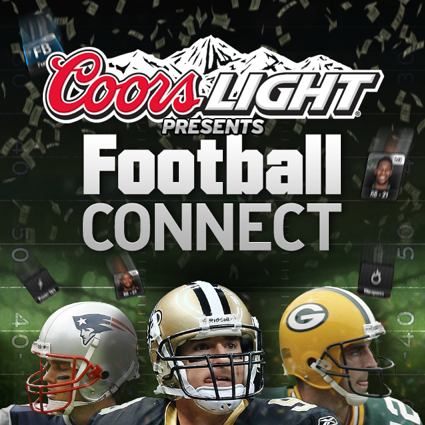 Advertisers are hoping to grab as much attention as they possible can from football fans this weekend, which is giving the smaller fish in the digital-media pond a chance to get in on the big-brand action.

Mobile predictive football game PrePlay, for example, will feature national sponsorship from Subway over the course of the next week, as well as ads from Go Daddy during the game itself. The PrePlay application asks users to predict the outcome of specific in-game events in real time and compete with friends to see whose forecasts are most accurate.

“By far the most interesting concept to advertisers is the idea of synchronizing their messaging in the game with ads on TV,” said founder Andrew Daines.

Though it’s possible to serve up in-app video ads during commercial TV breaks, Daines said most advertisers opt instead to use some sort of data capture, sign-up, or lead-generation mechanism. “For this type of inventory, static inventory is better,” he said, because users are paying attention to their TVs at the same time. PrePlay has its own in-house teams selling those types of opportunities.

Meanwhile, Coors Light is sponsoring elements of rival real-time football companion game, Football Connect, this weekend. Ads for the beer brand will be incorporated with the app around various in-game events, including red-flag reviews, time-outs and other stoppages.

Social game owners aren’t the only mobile developers that’ll see a boost from the Super Bowl this weekend. Social TV and “second-screen” apps are gearing up for potentially their busiest day of the year, with some – such as Shazam and GetGlue – running campaigns around the game for major brands and Super Bowl advertisers.