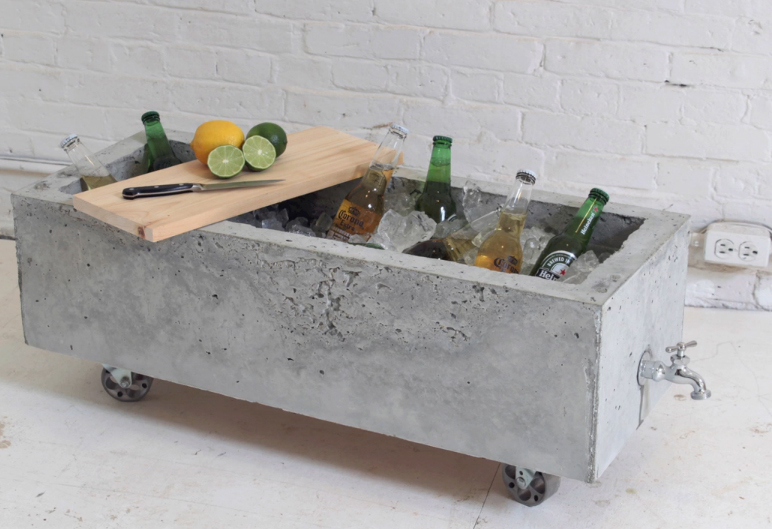 Innovative media businesses are rarely result from wagers with friends, but that’s exactly how HomeMade Modern came to fruition.

Architect Ben Uyeda was challenged by a friend to make modern, well-designed furniture more affordable for the masses. Instead of attempting to manufacture it himself, Uyeda began distributing his designs in the form of how-to videos that show consumers how to build furniture at home for the cost of materials alone. These “recipes,” as he calls them, were picked up by blogs and social media sites across the Web. Suddenly, Uyeda had a mini-media company with an innovative business model.

When looking for ways to monetize that content, Uyeda decided to avoid the traditional publisher route of building an audience and selling ads. Instead, HomeMade Modern is baking brands and their products into its content and charging them for the privilege. What’s more, it doesn’t really care where users consume it. This week, its content featured prominently on Buzzfeed’s DIY section, for example, complete with sponsorship from Ryobi. It’s also featured on sites such as Apartment Therapy and Brit.co.

In many ways, it’s more of a production studio than a publisher. It has a site but doesn’t really care if users consume their content there or somewhere else on the Web instead.

“Everyone’s hungry for content, but there are too many channels on the Internet already,” Uyeda said. “We don’t need to add to that by building another site and playing SEO games. We can let other publishers do a lot of the heavy lifting for us. We know if we produce great content, people will pick it up.”

HMM’s first client was power-tool manufacturer Ryobi, but instead of reaching out to the brand and pitching a sponsorship, it decided to work for them without them knowing it in order to prove the model. It produced videos in which Ryobi tools were used to build its furniture designs, and they amassed hundreds of thousands of views. It sent the brand’s marketing department the results, and Ryobi promptly hired the company to produce more. It has also worked with concrete brand Quickcrete, which is again used in some of its designs.

This week Buzzfeed published a post titled “5 Home Depot Hacks,” consisting solely of content from HMM. The content was essentially HMM’s pitch to Home Depot, which it views as a perfect potential client. All of the tools and materials used to build the furniture were purchased at Home Depot. The post made that clear without hammering users over the head with the brand.

HMM thinks it can help create the type of culture that exists around Ikea furniture hacks for Home Depot projects. It already receives hundreds of tweets and emails from people with images of the furniture they’ve built using products from the store, so the upside for the brand is evident, it says.

The beauty of HMM’s model is that the content itself is so cheap to produce, and that means it’s relatively easy to sell to brands. Each piece of content, complete with a video tutorial, costs around $800. The company is essentially Uyeda, a couple of designers, and some $15-an-hour interns that spend one or two days a week producing new content. It’s a small operation, but that doesn’t mean it can’t help major brands.

“Nobody ever stops watching online content because of the quality of the production, so we just make cheap videos that communicate really good ideas,” Uyeda said.

The brands seem happy, too. Brian Stearns, interactive marketing manager at Ryobi’s parent company Techntonic Industries, said it’s been “awesome” working with the company. Because the content is so cheap to produce, HMM says the marketers it has worked with typically don’t get bogged down in tracking granular metrics and return on investment from the content. It can deliver that type of reporting if brands ask, but it thinks its time is better spent just producing more content instead.

The business model appears to be working, too. The company is already generating a profit from its existing relationships but hopes a big client like Home Depot can help it expand. In addition to sponsorships, it’s also looking into affiliate models with online retailers and even new product lines with other potential partners.

“I’ve thought about this more from the standpoint of creating a new business model for designers,” he said. “We don’t even think of this as marketing content. At the end of the day, people need to know what we’re using to build this stuff if they’re going to be able to do it, too. We’re just telling them.”