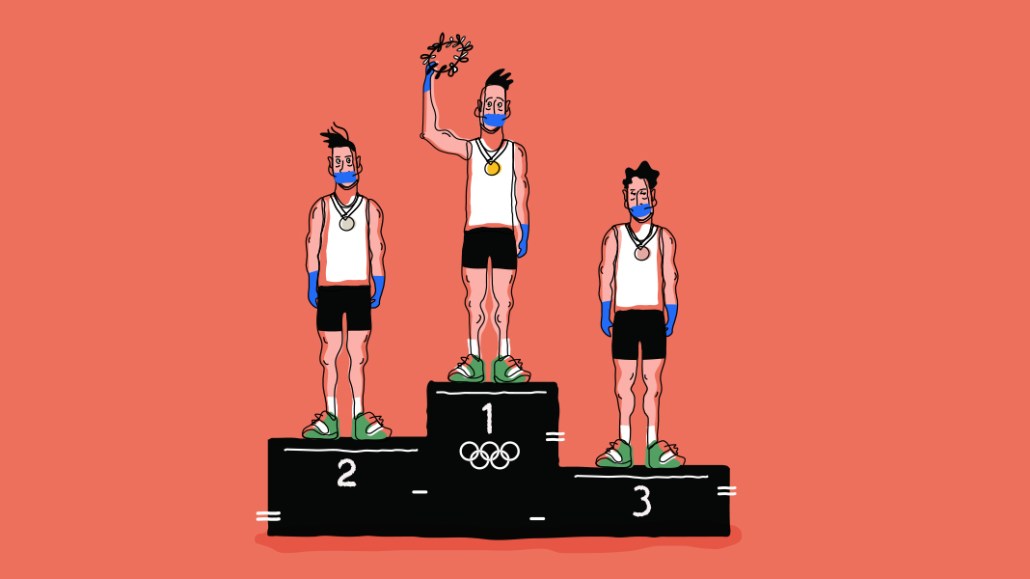 Just this week, one media CEO told me that his company still expects strong growth this year. They’re taking a hit — who isn’t — but the business is strong enough to withstand it. They cut out a lot of costs from the business without harming the twin pillars of a media company: editorial and sales.

All the same, this CEO had no interest in an on-the-record interview, or a podcast about this, because for him, this isn’t the time to be out there taking victory laps.

“We’re doubling down on what got us here,” the CEO said. “We’re spending a fortune trying to get better. This is a big land grab. We’ll be in great shape because we’ll spend this year investing.” Turns out there’s no crazy formula to trumpet other than doing the boring work of running a sustainable business.

None of this is earth-shattering, I must admit. It’s even, well, boring. But that’s how fundamentals are — and why they’re often overlooked until it’s too late. Crises expose those that overlooked the boring fundamentals.

It turns out many media businesses didn’t focus on the boring fundamentals. Look at BuzzFeed, mired in negotiations with its unions over what cuts it can make to its loss-making news division. Just yesterday, it started inching forward with a plan that cuts four positions and curtails operations in markets like the UK and Australia. BuzzFeed CEO Jonah Peretti has set a goal of “only” losing $20 million this year. Losing $20 million doesn’t seem like much of a win.

But then the big digital players, who have slowly gotten close to profitability, have long track records of losing money. It’s hard to imagine that habit goes away in a crisis. “The inmates are running the asylum,” said one CEO.

The cuts BuzzFeed, Vox and at other big digital publishers are, in the minds of other CEOs I speak to, inadequate compared to the scale of the challenges facing these businesses. When The New York Times forecasts a 50% drop in ad sales, the outlook for ad-dependent media businesses goes beyond gloomy and verges on apocalyptic.

Looking to the other side, “winners” are starting to emerge, both in accelerated trends and within businesses. One CEO laughed when asked what winning would look like beyond surviving. “You can optimize the living shit of [the business], but it doesn’t matter,” the CEO said. “The problem right now the high side of winning is 10 [out of 100], so even if you’re doing 8, it’s still only 8 [out of 100].”

Boring media businesses are winning media businesses. For years publishers seemed to pretend they were in different businesses, whether tech companies or agencies and production firms. They spoke about their fancy content-management systems, which they never simply called a CMS, with oddball names evoking Greek mythological characters. They spoke of targeting algorithms. There were agency arms and production firms. It’s not a coincidence that The New York Times, despite the downturn in advertising, is positioned as a winner. It used the last downturn to simplify its business and focus on what makes it unique: Journalism worth paying for.

Boring businesses — think those that consistently take in more money than the spend and do it quite simply — typically don’t get as much attention as those who promise to have cracked a code, to “reinvent media.” Jessica Lessin, CEO of The Information, once said something that stuck with me about centering a media business on subscriptions: Simple but hard.

The media models that emerge — and do so in a strong position — will do the boring things right. Manage costs. Maintain strong balance sheets. Have diversified revenue. Don’t depend on advertising. Have experienced management.

“You’re just going to win with hard work, perseverance, and a model that works,” said one exec.

This is all very boring. But boring is sexy now.

Subscriptions, especially, are the ultimate boring business. You make content, you charge people for it, you work feverishly to nail the million details on the optimization and platform sides of the business. The difference is both on the very large end — Is your content worth paying for? — and on the execution-level with expertise in segmentation, offers and growth dynamics. Simple but hard.

There are classes of businesses that to some might seem boring but are going to be winners. Digital Trends has been profitable for years and never took big VC backing to build a nicely profitable $50 million business. Dotdash, according to the recent earnings report of its parent IAC, grew 30% in the first quarter. Both share something in common: They focus on audience needs and get close to the transaction. More media businesses will go in this direction.

Compare their fates with high profile media companies. Beyond the digital darlings, there is Condé Nast. (Insert town car reference here.) Condé is cutting 100 employees and furloughing another 100 after its pay cuts and other cost cutting measures came up predictably short. Even within Condé Nast, the pecking order is changing. This is no longer “the Vogue Company,” as Ben Smith noted in The New York Times. Publications once relegated to the second tier like Bon Appetit and Wired are emerging as winners in Condé’s portfolio.

Compare Condé with the less sexy but notoriously well run and diversified Hearst. Several CEOs I’ve spoken to name Hearst as a company that will manage its way out of this crisis intact, despite the print declines that will accelerate. Hearst did the boring foundational work to build a big digital business — and proved it could launch new digital brands like Delish. Its business was never as sexy as Condé’s but it is more diversified and solid.

The pivot to boring is a positive sign in the long run. The current upheaval will continue. The end of the first wave of coronavirus simply begins preparing for the second wave. There’s no normal — old or new — in the offing. But boring is stable. Boring is more needed than ever.